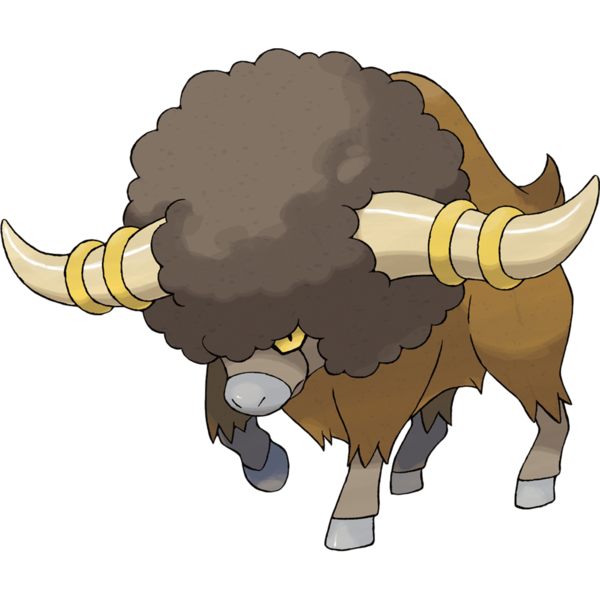 When this pokemon first leaked, damn near everybody just assumed it would be an evolved form of Tauros, much like we all thought Alomomola was an evolved form of Luvdisc. As we've established, however, the fifth generation had ZERO evolutionary connections to any previous pokemon, so this big-haired buffalo stands completely on its own.

This is, at least, an appropriate animal to include in a Pokemon region themed around North America, though putting an afro and gold rings on it is a little weird. With a common lack of naturally curly hair, Japan has kind of a love affair with afros that anime fans may have already noticed, but any cultural significance behind the style seems lost in translation.

Anyway, for what it is, Bouffalant's design is...competent. It's competent at being a buffalo pokemon with an afro. There really isn't anything else you can say here.