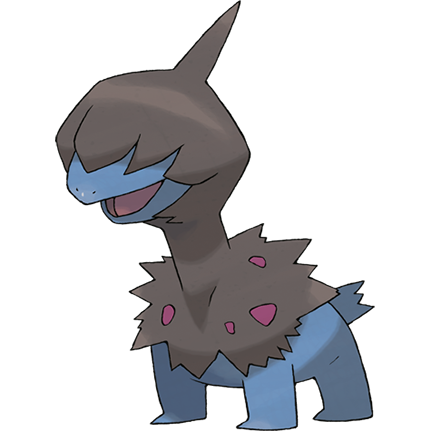 So this is the fifth generation's "pseudolegendary," a pokemon who will evolve to match the stats of the true legendaries, and it's a dang cute dragon/dark type, a cave-dwelling dinosaur that either lacks eyes completely or just can't see through its moppy, adorable haircut, basically resembling Boober, the most miserable and therefore most relatable of Jim Henson's Fraggles. 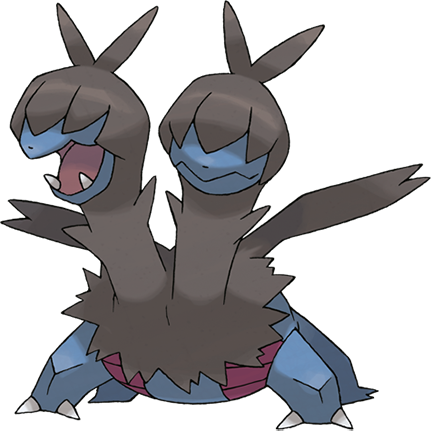 Thankfully, Deino's evolved form keeps basically everything that was lovable about it, but adds a second head. That's TWICE the Boober! Like many multi-headed creatures, its two brains are independent of one another and don't really get along, constantly fighting over food and over where to go. 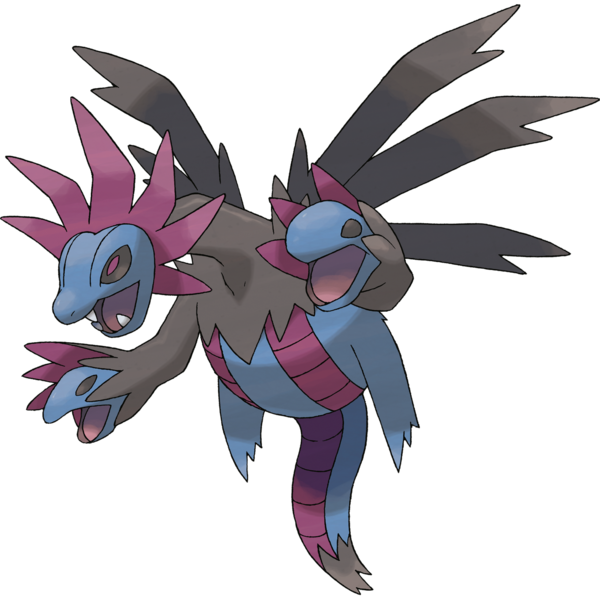 DAMN IT, POKEMON, STOP DOING THAT. First Zubat, now Deino and Zweilous!? You had a perfectly charming, lovable thing going here with the blind, shaggy cave dragons and you had to go and give them significantly more ordinary, less interesting snake monster heads? If the frills around Hydreigon's heads at least closed up at times, like it appears they should, that would be even cooler, the best of both worlds, but they're unfortunately stuck open and it's just not that good a look on these guys, I'm sorry.

There are at least some rather interesting implications going on here, with the more degenerated, blank look of the two peripheral heads and a pokedex entry informing us that they are brainless. Does this mean that their minds united into the new, central head, or that the new, central head simply emerged during their evolution and took total control of the whole body?

Interestingly, an interview revealed that Hydreigon began as a concept for a "tank-like" dragon, and the patterns on its underside are what's left of the tank treads it once had. This is one of the very few times we've ever heard about a scrapped Pokemon design.

Not terrible, but could have been so much more fun.