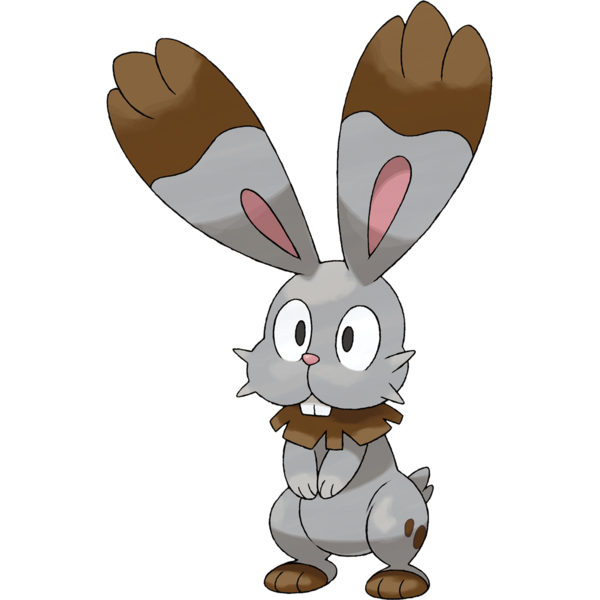 As usual, one of our first non-starters is a normal type representing some small, furry woodland animal, in this case a rabbit. This is our second rabbit pokemon since Buneary, and I have to say, I like Bunnelby quite a bit more. Its sillier, cartoonier face is just much more befitting of a lagomorph; still very cute, but a different kind of cute. 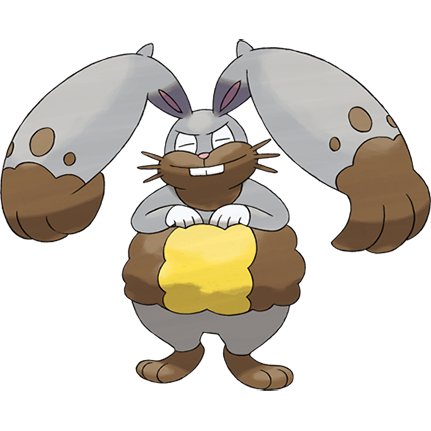 When Bunnelby evolves into this normal/ground pokemon, it even goes in the exact opposite direction of Buneary. Whereas Lopunny was some sort of weird playboy bunny reference with petite curves and slender legs, Diggersby here is a burly, grungy construction worker with a five O'clock shadow and a natural haramaki, a stomach band often associated with older, portlier Japanese men.

Most notable, of course, are the giant arms and hands on this pokemon's ears, patterned as though perpetually caked with dirt and used as huge shovels to excavate its den.

An excellent dirty fat rabbit, far more what I expect from a rabbit.