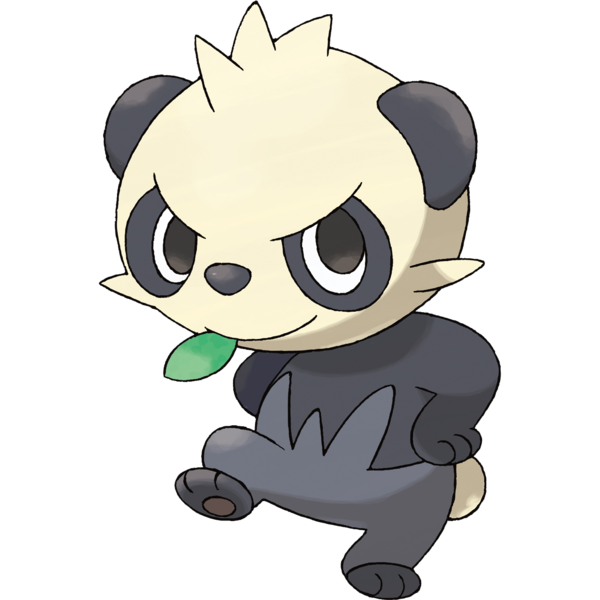 NOW we're getting somewhere! From here on out, in fact, this generation will be demonstrating the principles of quality over quantity. There are, in fact, less than thirty more pages worth of X and Y pokemon to review at all, but I already know that the number of four and five ball ratings is going to be through the roof.

For instance, when it came time to finally, finally feature a giant panda as a pokemon, what did they end up doing? The obvious, roly-poly bumbling teddy bear route?

Of course not. You can already tell by looking that Pancham here is a rotten little punk. A fighting type, in fact! And then.... 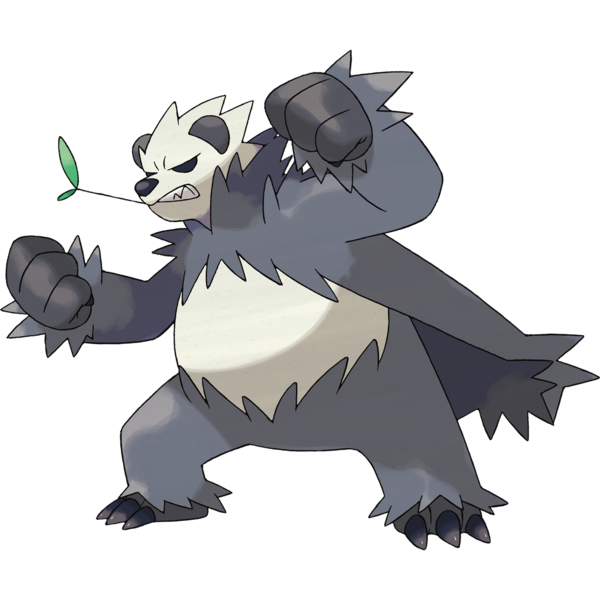 Once Pancham evolves, it goes from just an ordinary delinquint scrapper to a full-blown mafia hitman panda in a trenchcoat, which is hilarious, and even more hilarious is that it only evolves if you have another dark type pokemon in your party. Pancham learns to be a dark type, from the bad influence of your Houndoom or your Sableye or whatever bad influence has been filling this panda's head with its rebellious, edgy attitude.

Just about the only criticism I have here isn't even of the pokemon itself, but the simple fact that pokemon seem to follow real animals more and more directly, don't they? Tentacruel didn't look a dang thing like a jellyfish. Diglett was based more on an arcade game's distortion of a mole than an actual mole. I feel like Snorlax even already filled a "panda bear" niche without having to be an actual, literal panda bear. It's the only thing I do feel more nostalgic for about the first generation - that they really were more along the lines of "monsters" just as often as they were obvious animals. This doesn't detract from Pancham and certainly doesn't affect my review, but it's a subject that comes to my mind here.

Still, if you're going to just have a giant panda, you may as well make it an asshole.