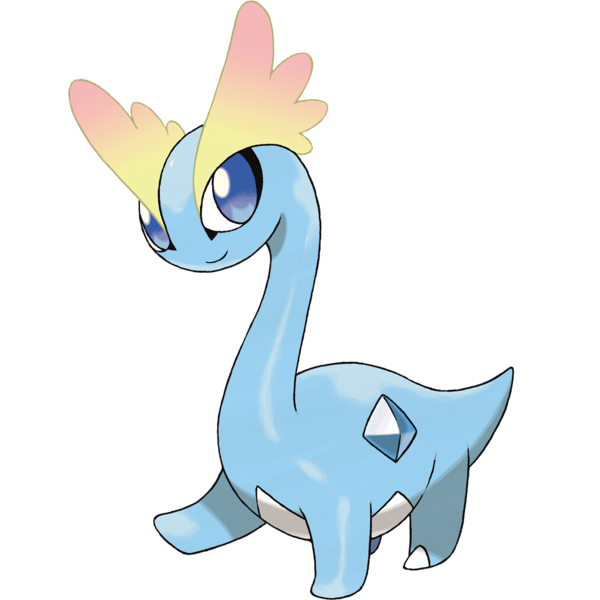 At first, I wasn't sure I was really feeling the other fossilmon. It's a long-neck with rainbow fins on its head, I guess?

On the other hand, Sauropoda don't get a lot of love these days compared to the Darker & Edgier predatory dinosaurs, even if a big ol' bronto can cave your entire body in just as easily as a t-rex can bite it in half. Amaura does kind of remind me of a lot of assorted dinosaur children's books I used to own, too, and even a little like something out of Serendipity, even if that was more about a sea dragon than anything else.

As commenters have pointed out, there actually was a sauropod with "head fins," and what do you know, it seems to be this Pokemon's name inspiration as well. Amaurgasaurus! It's pretty cool that they picked such a specific species. 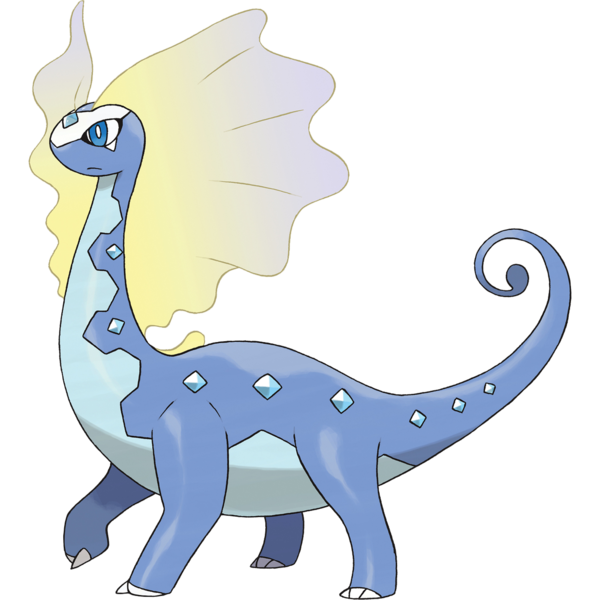 This line does boast an unusual rock/ice typing, and the fully evolved Aurorus has a set of rippling, membranous frills, evocative of the Aurora Borealis. They're probably exaggerated from Amaurgasaurus again, but they look more like pure skin, and we honestly can't know how many dinosaurs might have had elaborate frills and flaps far too delicate to fossilize. This is kinda like All Yesterday's, Pokemon edition.

We never really associate these particular animals with ice and snow, probably due to a leftover image of them as "big lizards," so that's an interesting choice here. It's also interesting because ice type is strong against dragon type, though weak to rock and fire attacks. Aurorus and its natural predator, Tyrantrum, are basically both very well equipped to murder one another.

Not outstanding, but decent. Feels like a first-gen pokemon.