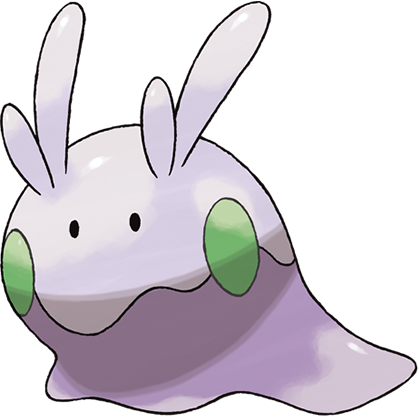 As a lifelong lover of gastropods, I'm sure you can imagine my delight the very moment I laid eyes upon this pale, globular, beady-eyed slug. Even people who never liked slugs at all seemed to fall head over heels with this slimeball, and we were all baffled - in the best possible way - when it turned out to be a dragon type. I never even cared about dragon pokemon before, and suddenly two of my top favorites in the same generation are dragons?!

Since a lot of people have brought it up in the years since I posted this review, I may as well also discuss this line's supposed relationship to the Carcolh, an actual French legend of a dragon that is also a snail. I know that must seem like a pretty cut and dry inspirational source, but I feel it's most likely Goomy was inspired by the fact that snails are a stereotyped part of French cuisine.

There is, in fact, only one thing I would change about Goomy's design. When images of it first leaked, there was some debate over whether the black dots or the larger, green patches were its actual eyes, and while I assumed the former, I thought the latter would have looked a lot cooler. 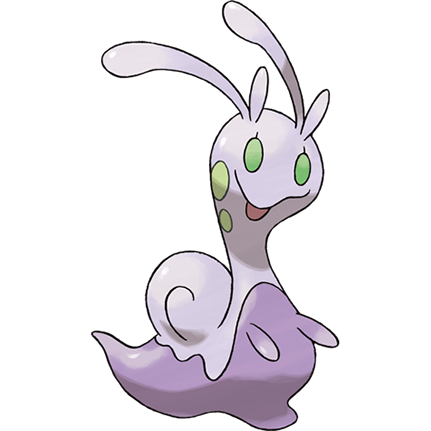 So, imagine my escalating delight when Goomy evolved into Sliggoo, not only keeping every single thing I loved about its first stage, but improving upon it with an even gooier, snailier design and actually making the green spots the eyes.

...Eyes which the pokedex goes on to tell us are in a process of degeneration, leaving this nearly blind pokemon to depend upon its sensitive feelers.

A nearly colorless animal, losing its eyesight to evolution? Could this even be the troglobyte pokemon I've always dreamed of!?

To top it all off, the dex also informs us that because this total cutie-pie lacks any teeth, it melts living prey with acidic mucus before slurping it up, by far one of my favorite things for absolutely anything to do, ever. Animals, vegetables, household appliances...anything and everything can be improved with a little external digestion.

This pokemon was MADE for me. 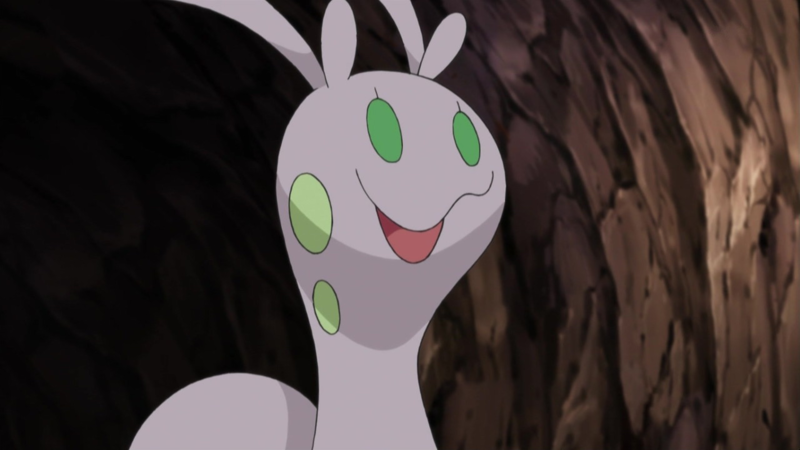 ...And that face. That silly, cartoon-ghost-slug mug with the lopsided smile of a boneless angel. What in the world could ever possibly improve upon Sliggoo?? Surely, whatever it's evolving towards must be one hell of a pokemon..........right?

If you've been reading these selectively and missed my reviews of Gloom, Zubat and Chinchou, I want you to go back and do so, then pretend my feelings on those three have fused together and gone on the rampage. 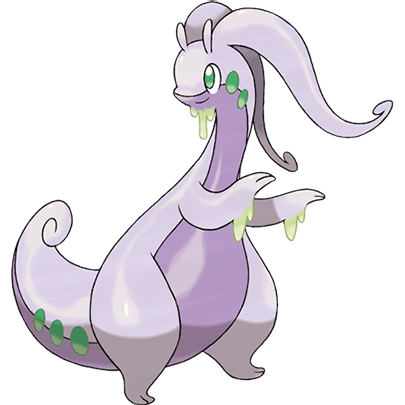 I can't clearly remember how I felt when I at last saw the final stage in this line, but if my eyelid didn't twitch right then and there, I'm sure it did so in spirit.

I've tried to open up to Goodra. I've tried so hard. On paper, it's still a mucus-dripping slug-themed dragon and that's still something I basically approve of by default. It's even almost pretty cute on its own merits, removed from the context of its predecessors. 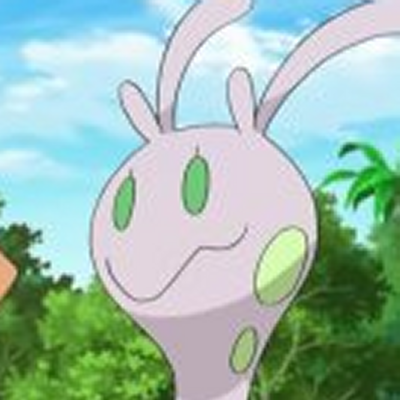 Now I know how Dragonair fans felt when their baby evolved into Dragonite. I like Dragonite, but nobody deserves to go through that..

I don't even have a "problem," per se, with a generic anime face. It can serve its purpose. It's even pretty cute on a lot of other pokemon. It's the fact that a generic anime face has replaced something that was wonderfully different that leaves a permanent black stain of evil upon this most holiest of video games.

In fact, for the first time, I'm not going to rate a pokemon at all. I don't want to give Goodra a "bad" rating, because at the end of the day it's still a dragon type slug with green slime dribbling off it, but neither can I bring myself to give it a good one. Not after a betrayal this unspeakable.