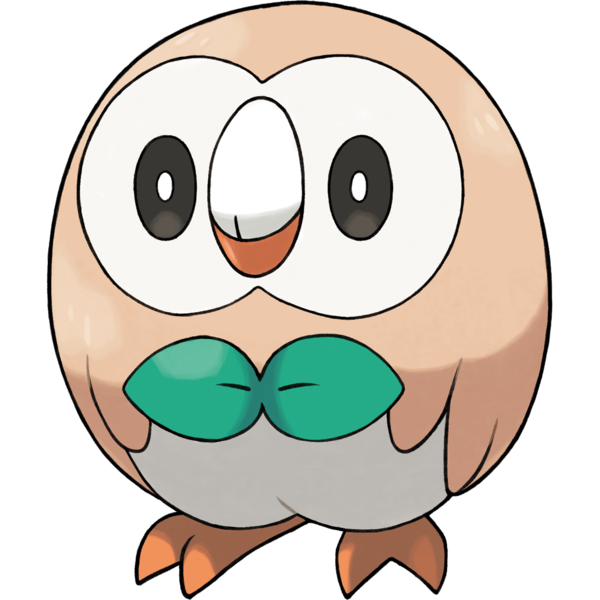 At last, we dive in the entirely new pokemon species offered by Sun and Moon, with a surprise avian grass starter! It was about time we had another owl pokemon, too, and while not as quirky-fun as Hoothoot, Rowlet's coconut-like shape and leafy bow tie easily win out as the cutest of the three starters, though it's pretty stiff competition this time around.

...And why an owl, exactly? Probably because Hawaii is home to an adorable little ground-nesting owl, the Pueo! 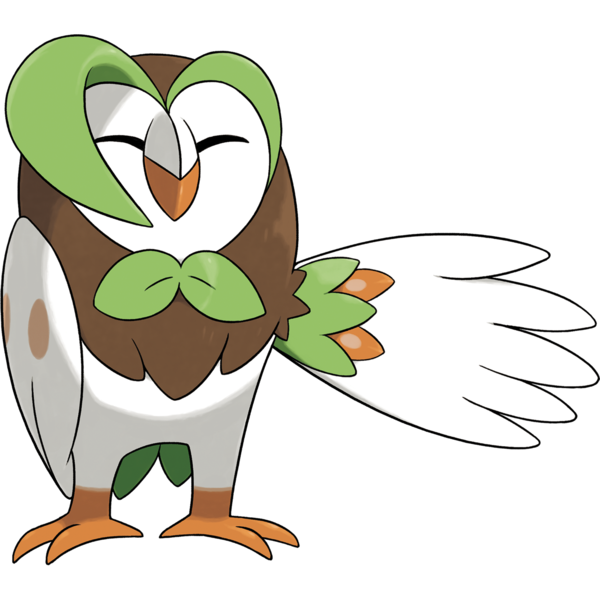 As Dartrix, our vegetowl seems to be going through a hilariously awkward teenage phase, constantly flipping its bangs out of its eyes and supposedly obsessed with preening itself. Known as the "arrow quill pokemon," it fires its own feathers as sharp darts, a pretty cool trick common to bird monsters in Japanese video games and anime but seldom portrayed elsewhere. 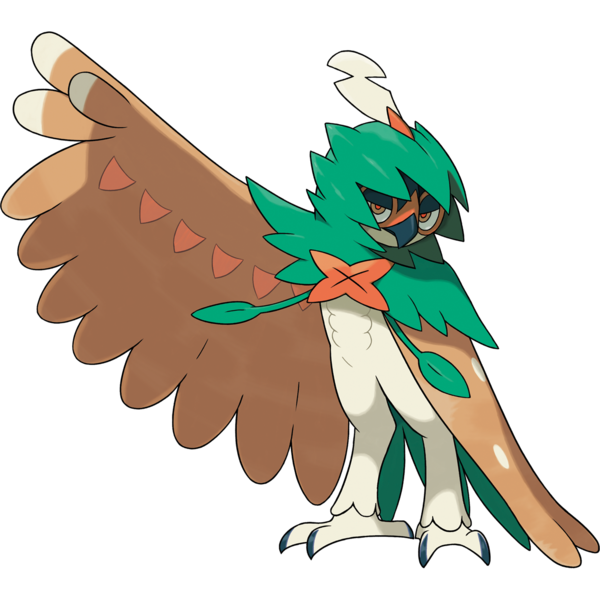 All that grooming apparently couldn't save our owl from death, however, because the dashing Decidueye is our first-ever ghost type starter pokemon, trading away its flying typing for an only semi-tangible form. I rather wish that its design reflected ghostliness a little better, but I guess the choice in typing is more about this owl's silent, stealthy hunting abilities, now firing its feathers like precise and deadly arrows. Also pretty cute is Decidueye's natural "hood," which it can even pull shut when distressed!

But, wait a minute here...every single grass starter up to this point has also been based on an extinct animal at some point in its evolutionary chain. Snivy was a limbed snake. Grovyle a feathered reptile. Chesnaught a Glyptodont. Does Decidueye break from tradition? Was that just empty fanon all along? 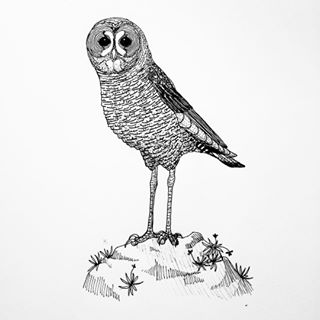 (Art source here!) Maybe, maybe not. Probably not, because Decidueye is fairly easy to interpret as one of the stilt owls, genus Grallistrix, tragically endemic to Hawaii until Polynesian settlers arrived with the usual pigs and rats. Little more than written accounts even survive as evidence of these fantastic birds, who presumably stalked prey on the ground with legs to make Stolas proud.

I like to think that Decidueye's ghost typing may even be because these are such a "recently" extinct organism; I always thought animals like dodos, thylacines and moas would be best suited as ghost pokemon.

For being a ghost-type owl starter, I'm going to give this one a five.