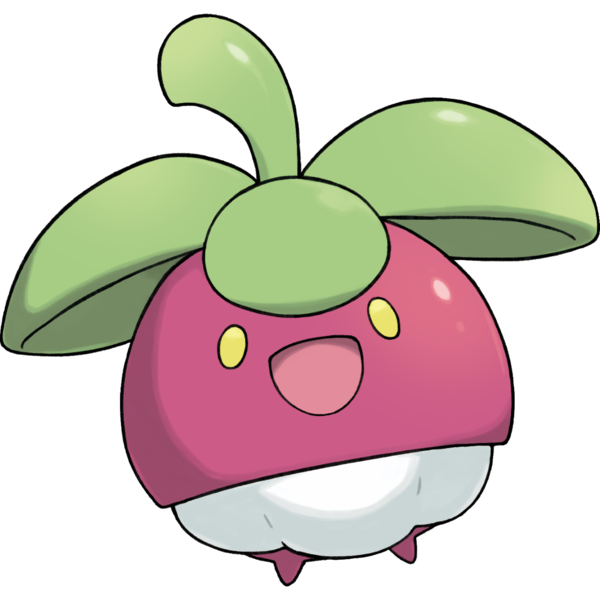 Following in the tradition of common, straightforward walking (or hopping, or flying) plants like Oddish, Bellsprout, Hoppip, Sunkern, Seedot, Cherubi, Cottonee and Petilil, Bounsweet here is literally just a mangosteen fruit with a face on it and a couple of tiny, nubby legs. Cute, if a bit forgettable of a design.

Bounsweet becomes a little more interesting but significantly more alarming in its official pokemon.com description, describing in detail how other pokemon are attracted by its sheer deliciousness, but nobody thinks to help it because it looks like it's just having fun as it skips and bounces away in terror for its life. Sun and Moon are almost laying darkness on a little thick, aren't they? 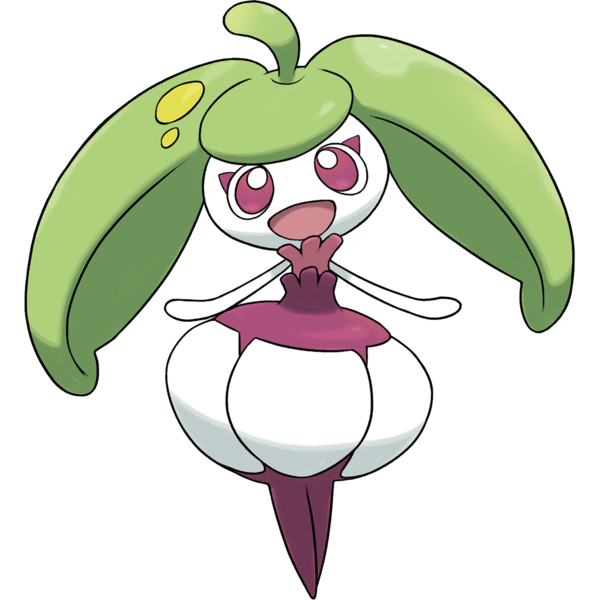 Once it evolves into Steenee, Bounsweet becomes the sort of cute, humanoid grass type I'd normally find forgettable, but in this case, I really can't muster the negativity. It has an interesting silhouette and pleasant coloration. Besides, Steenee only exists to bridge the gap between Bounsweet and its final evolution, and it's a wide gap. 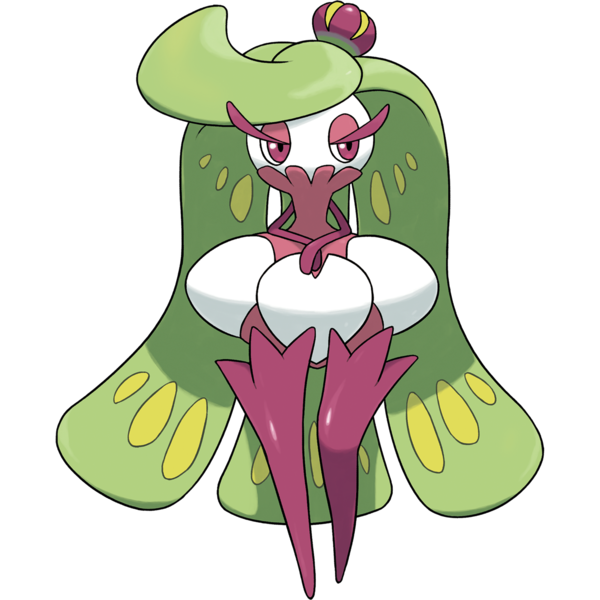 I dont think anyone looking at Bounsweet would have expected a leggy botanical matriarch in thigh-high purple boots, but you know, it just works. It really does have a lot in common with designs I've sort of knocked in the past, but I really like the execution on this one, and the whole idea of a "queenly" fruit pokemon with literally killer legs, using them as its primary means of attack. Pokemon.com and the pokedex even say that Tsareena's shapely legs drive its popularity as a mascot for beauty salons, but it's been known to kick the everloving shit (I'm paraphrasing) out of a trainer that displeases it in any way. Between Tsareena and Bewear, this is certainly a great generation for masochists.

Tsareena's regal design isn't an arbitrary decision, by the way; the mangosteen is actually widely referred to as "the queen of fruits," a tradition originating in Thailand, though the king of fruits is said to be the Durian, so I'm kind of surprised Tsareena doesn't have a pricklier, stinkier counterpart.

Having said that, however, I still think MOST "gender exclusive" Pokemon are kind of silly. Does Tsareena need to be "female only" in-game? Any kind of human can have her kind of fashion sense, and this isn't even a human.

On a final note, it probably goes without saying that this is one of those pokemon a lot of fans predictably find wildly attractive, and in this case, I finally have to concede that, yeah, I get it. As far as pocket monsters go, you can certainly do worse.

I think I might be giving out too many fives lately, though.