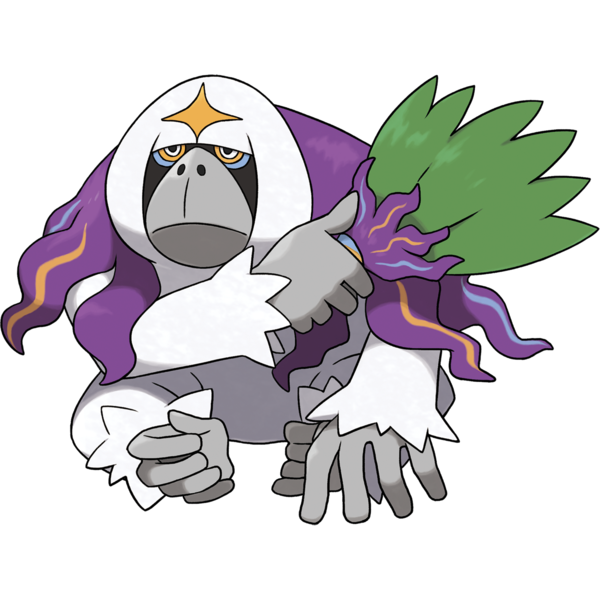 I guess we hit a bit of a snag here in quality, our streak of perfect and near-perfect scores interrupted by the underwhelming Comfey and now our ten millionth (give or take a couple, of course) primate pokemon, the normal/psychic Oranguru. It's not a bad design per se, if you've always wanted a more realistic ape than Darmanitan, but I'm personally just not impressed outside its rather charmingly weary face. 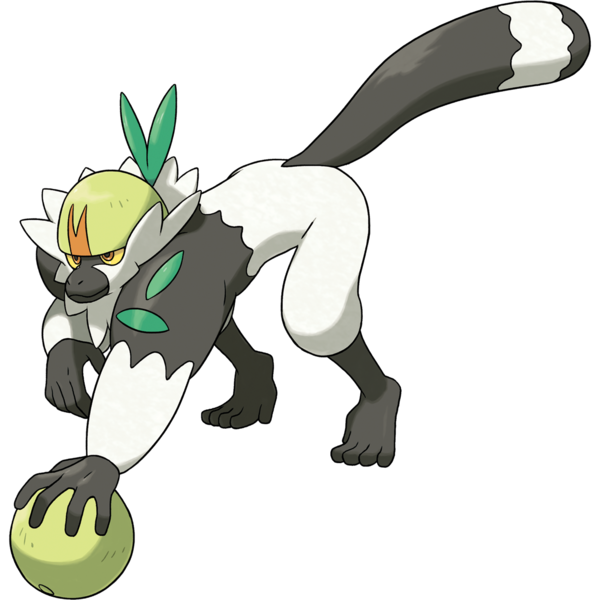 I feel likewise about the fighting type Passimian, Oranguru's version counterpart, which is basically just an ordinary looking lemur who happens to wear half of a melon or something as a sports helmet. Eh. There just isn't enough of a twist here to hook me. The thing I associate first and foremost with lemurs are their intense eyes, which is why they were named after lemures, or the wandering spirits of the dead. I would have expected our first lemur pokemon to have some ghost, dark or psychic characteristics...how cool would it have been to get an Aye-aye?

Both get an "almost alright, but really lacking something" rating from me.