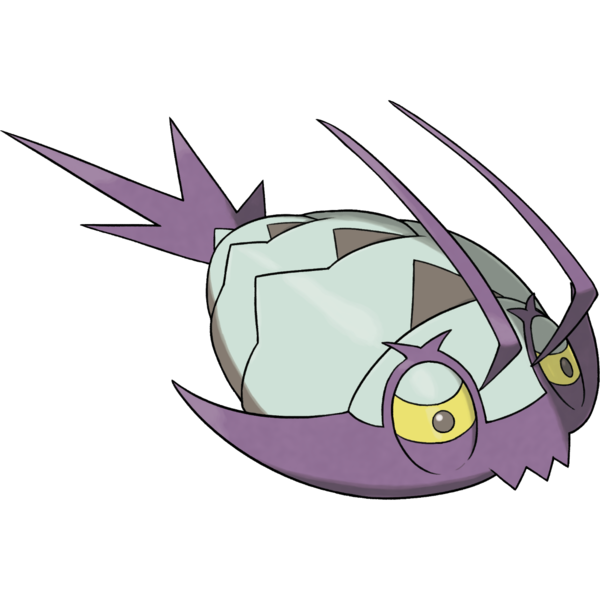 That's more like it! I was obviously delighted when our first-ever isopod pokemon was revealed, another ubiquitous animal group begging for representation and another wonderful bug/water line from the same generation as Araquanid! It's surprising that the first isopod pokemon wasn't one of the fully terrestrial pillbugs, woodlice, sowbugs, roly-polies, cheeserockers and granfergravies familiar to possibly every human being to ever pick a rock off the ground.
Instead, our isopod pokemon is one of the amphibious, coastal varieties sometimes known as "wharf roaches," "beach lice" or more formally "sea slaters," which feed on the dead fish, decaying seaweed and other funky detritus that washes ashore. I actually encountered a few species of slater myself when I lived in nasty old Florida, but I still wasn't prepared for these gigantic specimens I discovered with my spouse and our friend Matt (you can hear them both in this video) visiting the Devil's Punch Bowl in Oregon, a series of collapsed caves directly on the beach. These massive, extremely docile and slow moving isopods covered the damp, algae-caked cave walls on a lightly rainy night, looking more like living trilobites than anything else I've seen. Wimpod had been revealed not long before this trip, and the pokemon will probably always remind me of this encounter.

Back to that pokemon though, Wimpod has a very appealing design all around, capturing all the cool, armored crustiness of the real thing with a pleasant color scheme and charmingly worried looking eyes. Like the smaller, faster slaters I used to see in Florida, Wimpod's only defense mechanism is to flee madly at the first sign of danger, demonstrated by its unique ability, "wimp out," which automatically switches Wimpod out of combat when its health drops to half or less.

With all the emphasis on their "wimpiness," pretty much everyone guessed that this pokemon's evolution would be the polar opposite in a sort of Magikarp-like twist...and we were sort of correct, in the most delightful way.

Before we really delve into Wimpod's big finale, let me just say how incredibly cool it is to have personally watched the giant deep-sea isopod Bathynomus giganteus achieve global fame and adoration. Even obsessed as I was with the deep ocean and arthropoda of all sorts from an early age, not a single book, website or documentary introduced me to these beautiful sea monsters until one little biology blog post in the early 2000's, and from there, I watched as viral photographs like these propelled the stygian megaslaters to mass-marketed stardom - especially in Japan. 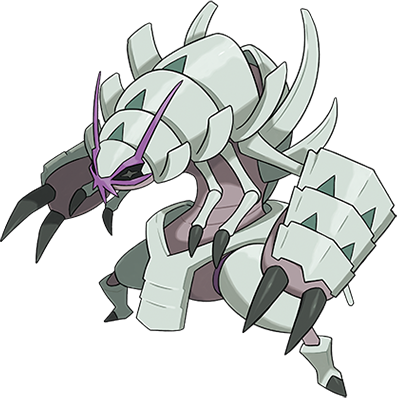 It really comes as no big surprise, then, that these animals would make their way into pokemon, though the sheer number of exotic, quasi-obscure and memetic animals this generation is far surpassing any previous generation.

Some were disappointed that Golisopod came out a sort of anthropomorph, but I'm personally a big fan of its oversized arms, stumpy legs, hunched posture and additional, dangling little arthropod limbs. It's just beautifully designed from head to toe, and exactly the fearsome looking beast we all suspected would rise from timid little Wimpod...but the key word here is "looking."

Despite a tough exterior and impressive offensive stats, Golisopod's signature ability is functionally identical to Wimpod's "Wimp Out." The only difference is that the name changes to "Emergency Exit," which is hilarious. Golisopod is still a total coward, but apparently wants us to think its retreat is all part of its tactical genius. The joke is even funnier in Japanese, where Wimpod's version is called "back off" while Golisopod's is "Crisis Prevention."

Golisopod's phony bravery act is further emphasized by its signature move, "First Impression," a fairly impressive bug-type damaging move that always strikes first, but can only be used the very first turn Golisopod is out.

This pokemon's design and basis would have already earned a perfect score, but they just had to go and give it a fun personality to boot.