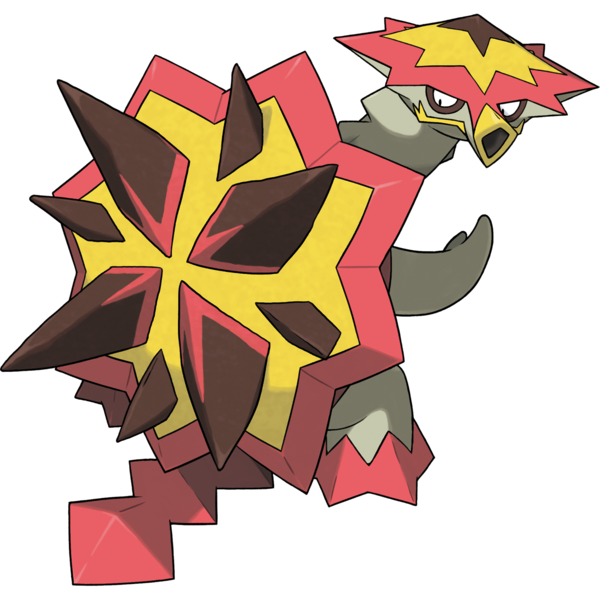 Few possible type combinations could ever be more obvious than fire and dragon, yet the two have met only sparingly in the Pokemon world, originally exclusive to the legendary Reshiram and one of Charizard's two possible mega forms. This has at last ended only with Turtonator here, the first non-legendary pokemon with dragon/fire as its default typing, and I'm already in love with the fact that something so basic, so long overdue, has manifested in a weird, scary turtle over a traditional-looking dragon.

What's more, Turtonator's jagged shell is clearly meant to resemble a cartoon "blast" symbol, complete with "flying debris" represented by the inner spines! That's SUCH a cool, dynamic visual gimmick that I'm both surprised it isn't already more common and sorry I never thought of it myself. 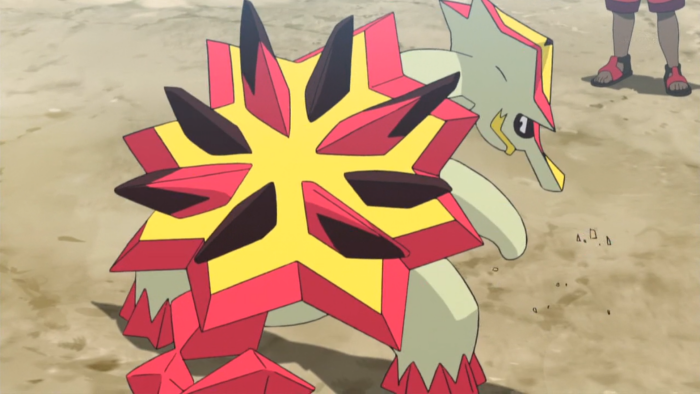 The volatile imagery immediately communicates Turtonator's basic concept, as its entire body basically functions like a "land mine," unleashing a fiery explosion from the orifice in its chest when a prey animal steps on its shell. It even gets a cool signature move, "shell trap," which does enormous fire-type damage if Turtonator is struck by a physical move on the same turn...so you've got a turtle that's a fire type because its shell works like a pressure-plate bomb and on top of everything it just looks like an explosion. All these elements just play so beautifully into one another that a 5/5 score is pretty much in the bag here, and would be no matter what sort of turtle we were dealing with here...but Turtonator isn't just any turtle, no sir!
Delving magnificently deep into zoology for roughly the dozenth time this generation and checking off another of my "most wanted" animals, Turtonator's tubular snoot, weirdo smile and flattened, jagged edges unmistakably allude to the Amazonian Chelus fimbriata or mata mata turtle, the only living species in its genus, and as you'll learn from this killer footage, an animal that really does lie in ambush for prey to set it off. Gamefreak thought of everything. 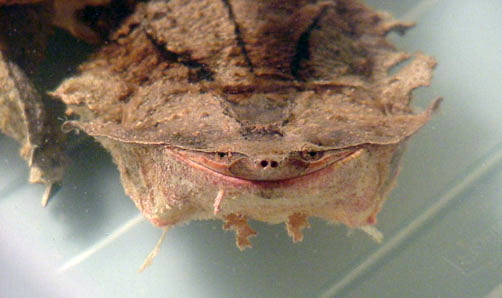 I usually reserve the gold score for my extra-personal favorites, but Turtonator earns it through the sheer perfect blend of creativity, cool factor, personality and basis.