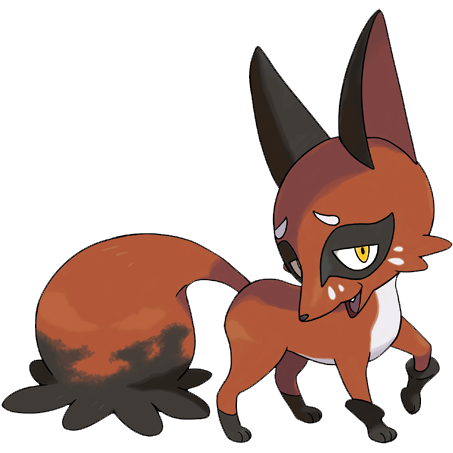 Aw, really? 90% of you hate Blipbug!!?!? At least now I know for sure that the comments don't unnaturally skew towards agreeing with me.

Anyhow, it seems like another fox Pokemon crops up every other generation, they're not at all my thing personally and I ought to be sick of seeing them, but somehow, some way, they keep turning out good! Vulpix Line, Zorua line, Fennekin line...they all had pleasantly natural, uncluttered designs in my book, and so does this thing! It's the first recognizable Western-style red fox the series has had, and as such a popular animal, I'm sure this is a Pokemon a number of people were always waiting for. I think it has a nice style and a fun sleazy-looking attitude and I like the sooty black tail a lot; it uses that to sweep up its own footprints as it makes its escape. It is, of course, a dark type Pokemon, and it lives to steal stuff. It's not a Pokemon for me, but it's very well made. 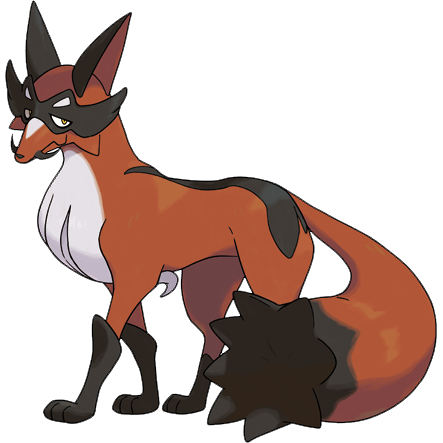 Thievul, I'm not AS sure of. I feel like it loses something that made Nickit look like such a nice design. On the other hand, Thievul looks like a smug bastard in exactly the right way for a thieving fox character, and most remarkably of all it stays a quadruped! I think I'm going to go ahead and give this one a 3.5/5 for just looking like a decent, respectable cartoon animal, like something the first or second generation might have had.