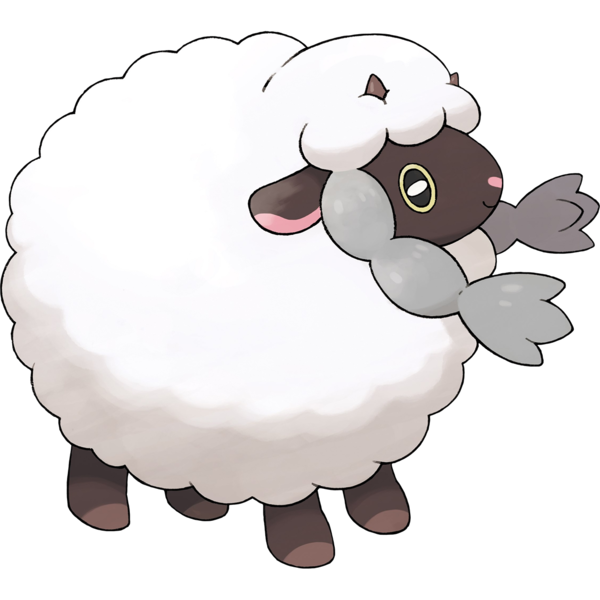 Next we have...another normal type mammal? Hm. This is the ninth new evolutionary family in the Galar dex, and every other region was getting into more exotic creatures by that point. Well, I won't fault Wooloo for being just a sheep. It's still cute. It's sheepy. It's round. Somebody braided its wool. It's alright! I can see why it caught on to meme-like levels back when it was first revealed, though fans should really learn to stop speculating on how freshly revealed Pokemon are going to evolve, because a lot of artists got their hopes up expecting Wooloo to go any number of more outlandish routes. I saw devilish heavy metal rams, humanoid shepherd yaks, grizzly old billy goats and particularly popular speculation that it would evolve into either a "wolf in sheep's clothing" or even the reversal, a sheep disguised as a predator. All would have obviously been a lot of fun! 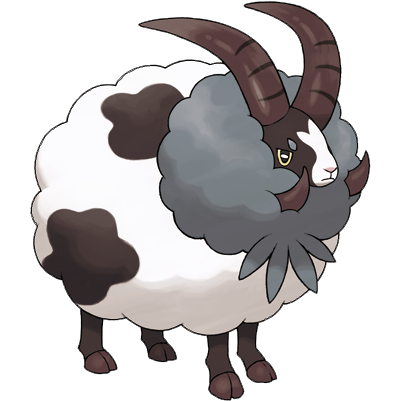 What we got instead, and what I personally expected the most, is a more ordinary and straightforward "grown up" version. It's not bad. If there's one thing this generation does right, it's that it doesn't bog down its animal Pokemon with angular doo-dads or garish neon markings like they did in the third and fourth generation. I do think maybe they played it too safe, but I respect that Dubwool has correct ungulate eyeballs and is also one of those rad looking four-horned breeds.