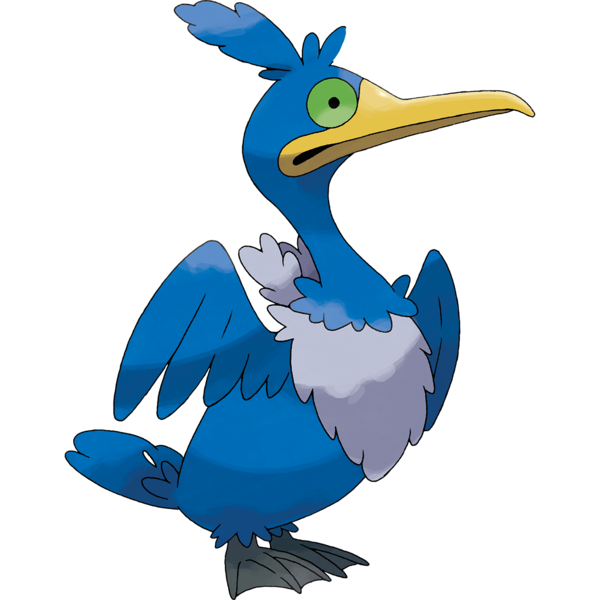 For a fairly straightforward bird, I love this one! It's a water/flying seabird based on the Cormorant, which dives down underwater to catch its prey. Cormorants are also fairly majestic looking as birds go, but Cramorant is majestically goofy in a wonderful way. It so perfectly captures the googly-eyed absurdity of, well, most real birds, but ESPECIALLY most seabirds.

What's special about Cramorant is its signature ability, Gulp Missile. If Cramorant uses the move surf or dive, it can come out of the water with prey in its mouth, and then fire it at the opponent like a projectile weapon when it takes damage! That's fun! If it still has most of its HP, this prey is a fish pokemon we'll get to shortly...

...But at under 50% HP, Cramorant comes up with a Pikachu lodged in its throat, and the attack can paralyze the opponent. The dex assures us that this isn't Cramorant's usual prey, and that it always spits up a Pikachu as soon as it realizes its mistake or receives an electric shock.