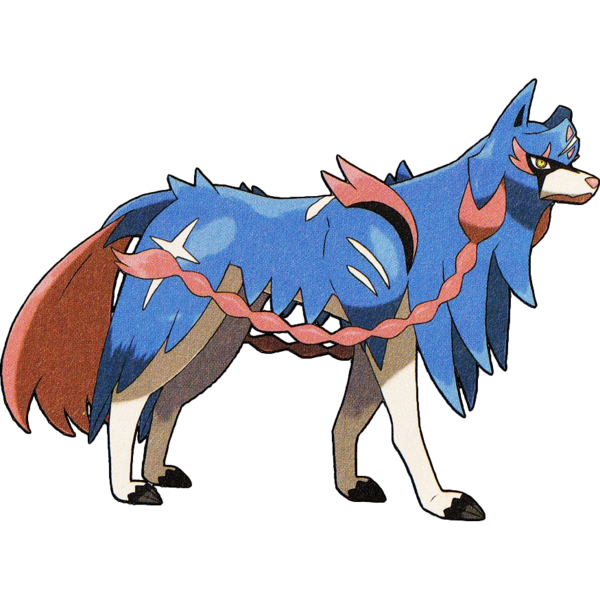 I appreciate that "legendary" or "mythical" Pokemon are kept to a minimum these days. Until the DLC, Galar only came with a couple of wolf things and then an admittedly neat monster for them to fight. The first of these is Zacian, a big fairy-type dog said to be the "elder sister" of two counterparts. Her design feels quite plain compared to the box legends of the last two generations, which I still think were the most beautiful looking of the series. I do like Zacian's hanging fur and battle-scarred look, at least, and to be fair, what we're seeing here is kind of a "retired" Zacian; she was a great, heroic warrior at one time and has since entered a prolonged rest. Only when you give Zacian the "Rusted Sword" does she go from her "Hero of Many Battles" form to her "Crowned Sword" form. Between that and the fact that this is one of the only mythicals said to be female (or officially gendered at all), some believe she's a reference to King Arthur's sister Morgan le Fay or even the Lady of the Lake, since Zacian and her brother parallel the story of Arthur to some degree. I'm not so sure she's meant to reference any human character however; her and her brother Zamazenta do parallel aspects of Arthur's story, but I think they're strictly meant to represent his sword and shield themselves.

While nothing about this idea or design is for me...I guess I like that it exists. It's a fairy/steel, canonically female giant wolf with a sword in her mouth, which all has the feel of something from an 80's rock album or a She-Ra style series. A dog wielding a sword with its face is absolutely ludicrous, but that's a good thing, just like it was in Bloodborne. 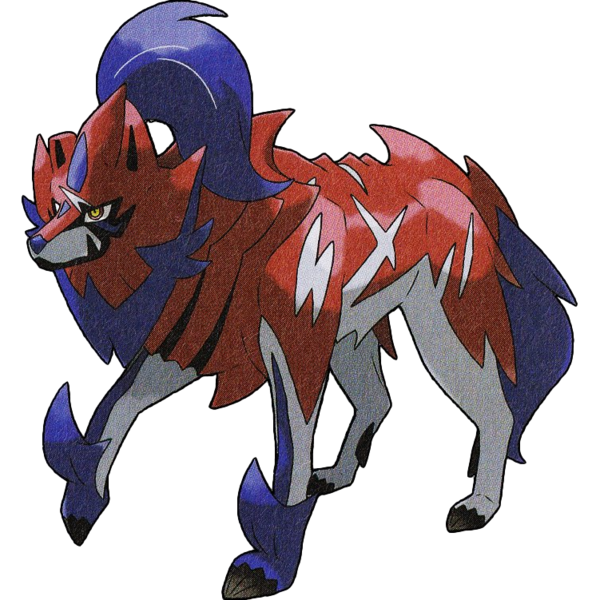 The counterpart (younger brother or sister? It's not specified this time) is Zamazenta, fighting instead of fairy type, and sorry, not as nice looking to me. Goofier maybe? Don't like the dark blue elements. You guessed already that Zamazenta is the "shield" counterpart, and in this case it becomes fighting/steel when reunited with its old equipment. If Zacian is Excalibur, then Zamazenta would be Wynebgwrthucher, which nobody remembers because it's not the slashy one and because you have to be Welsh to pronounce it, which sounds like this by the way. To be fair though, Excalibur's original Welsh name was Caledfwlch, so if we mangled that into something easier for cartoons to say we could have very well done so again.

Like its sister, Zamazenta looks a lot better here. The idea of a wolf creature with a thickly armored front is fairly cool image; we don't see a lot of wolf monsters that communicate heavy defense rather than pure killing ability. Overall, cool legendaries for all those folks who love dogs and wolves, but just "alright" and inoffensive by my personal standards, the bar for which was definitely raised by the slick as hell look of the Kalos and Alolan legends.