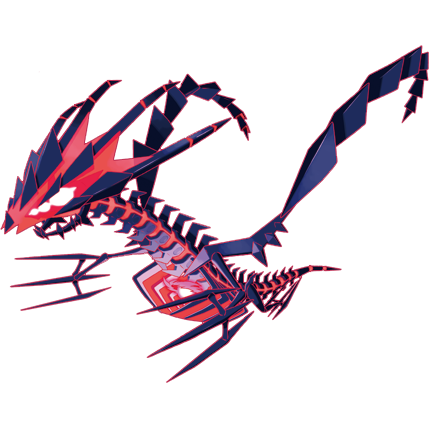 Whether you enjoyed reading my own dumb ideas or skimmed ahead in preemptive disgust, welcome to the "final" Galar Pokemon, by which we mean the final one in the initial release of the game; DLC is coming later this year for the first time to a Pokemon title, and with it, a selection of new legendaries, gigantamaxes, regional forms and even regular species. I like that, personally; I'm glad it's not over just yet and they've still got a few more chances to wow me.

But does Eternatus wow me? I guess I'm not sure. It's the game's first official poison type mythical, something I've long anticipated, and I suppose it's just the sort of thing I would expect from that; a dramatically flashy and menacing poison/dragon Pokemon. It's not personally my style, but I do think it's fairly cool looking with its spinal-column body, exposed rib cage, luminous eyes and weird antenna-like arms. The lore goes that it arrived in a meteorite 20,000 years ago, and its mysterious alien energies poisoned the Galar region ever since. In fact, crystallized pieces of Eternatus are what taint the land with Dynamax energy, and maybe that's why it also looks like a skeleton? Like a lot of it is literally gone?

When Eternatus awakens, it causes a black storm of these alien toxins in an event known as Darkest Day, which results in Pokemon spontaneously Dynamaxing or Gigantamaxing and going on a mindless rampage. POKEMON: DESTROY ALL MONSTERS! 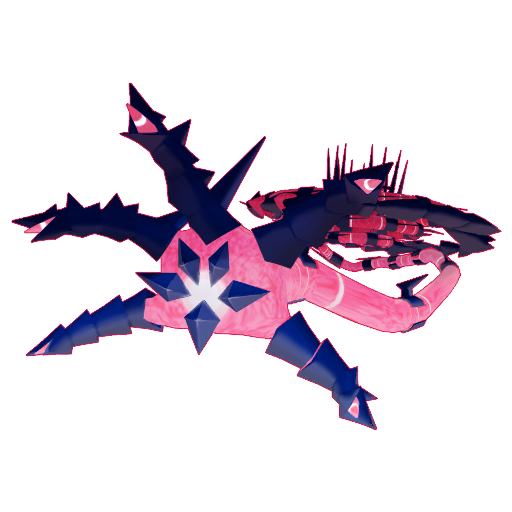 Interestingly, Eternatus does not have its own obtainable Gigantamax form, but appears in a boss fight in its "Eternamax" form, and temporarily transforms into it for certain attacks. This form is truly otherworldly, an elongated serpent with five blind, beaky heads arranged like a gigantic "hand." It's even weirder that it floats in the air in a spiral, with a spiny center that brings me to mind of a futuristic city in the sky. Maybe it's a big clunky and over-designed, but the principle of it is a good one.

Overall, Eternatus is a nice way to have a plot about "atomic mutants" in Pokemon without actually using radiation as a theme, which a number of countries, especially Japan, have more than a few reasons to be sensitive about. What's basically Pokemon's Colour out of Space is also a suitably grandiose purpose for a poison mythical, and as a fan of the Ultrabeasts, I'm glad to see them still kicking on the down-low, right?

Heck, Eternatus shares a typing, an "insectoid reptile" quality and nearly shares its color scheme with the Ultrabeast Naganadel, which was also designed by Sword and Shield art director James Turner, so I can imagine Eternatus might originate from the same alien world, and I'm glad Turner wasn't done getting that kind of thing out of his system; I think his more alien concepts are where he really shines, and this might have been a more exciting region overall if they'd just let him pack it with more over-the-top space bugs.

Still...it's JUST short of a 5/5 from me. My favorite things about it are its story role, its neon skeleton fashion sense in its default form and the eternamax form's multi-mouthed alien hand, which I just realized has what's probably a single eye in the palm. It's something I can acknowledge is cool, but still "not quite there" as a Pokemon for me, which has been a problem throughout this bunch. I'll try to write a wrap-up post soon, but of course, we'll possibly just have to do one all over again when all DLC is said and done by the end of this year.