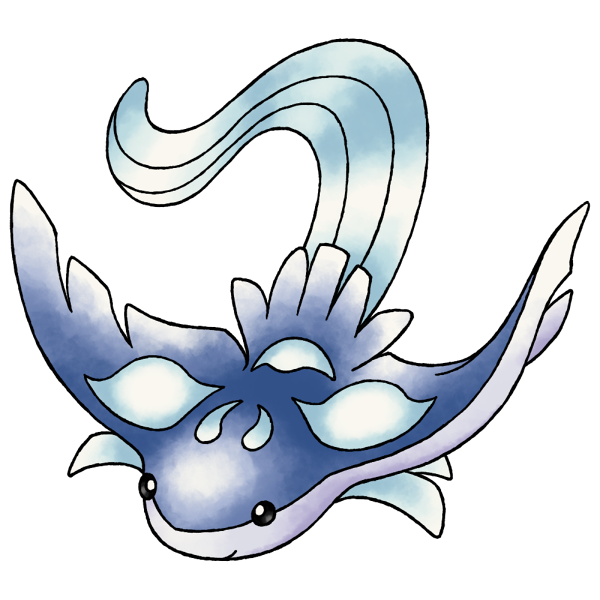 So instead of Mantine, we almost had what appears to be more of a bat ray or cow nosed ray, but with a more angelic "feathered" outline to its fins. It's a beautiful design that feels much more lifelike and natural than the cartoon manta ray we got instead, though I certainly like that cartoon manta ray, even if its face is all wrong. I just wish we had both, even if Haneei had to be an unevolved form of Mantine, or something, just so the oceans of the pokeworld could have more than one variety of giant ray cruising around them. The one advantage Mantine even has as a design is the presence of its symbiotic Remoraid, except that seems to have been phased out in more recent games anyway! What's REALLY novel about Haneei, and I actually almost missed this entirely, is that its looks so angelic and friendly when viewed from its white underbelly, but the markings on its back resemble a dark, menacing face! An extremely cool feature that exaggerates the countershading of actual sea life with a classic sort of pocket monster twist, and I really am surprised they would reject this gimmick for something as relatively straightforward and plain as Mantine. As we'll be seeing in reviews to come, that seems to have been a running trend in this game's development...