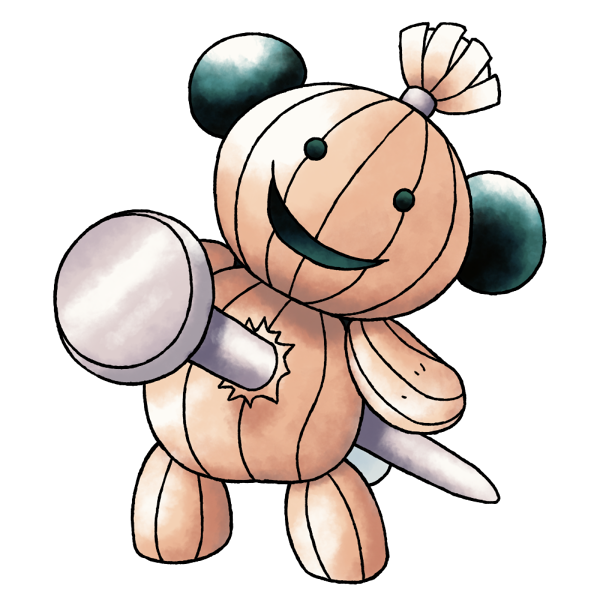 Holy crap! A voodoo doll pokemon! And not even a Pokemon style voodoo doll pokemon! Just a straight-up wicker doll with a giant nail impaled through it! I guess Banette took over this niche a generation later, and I love Banette, but it would have been far too cool to have this thing as a pocket monster. Even with such peculiar entities roaming around these days as Mimikyu, Klefki or Xurkitree, there's something about this design that doesn't fit in with Pokemon's look and feel, and that's exactly why I wish they'd kept it around.

It's got a really interesting gameplay twist, too! CURSE would have apparently been its unique signature move, a move they must have thought would prove extremely powerful, because it doesn't learn it until level 99! What's more? It attempts to evolve as early as level two, so for nearly a hundred levels, you have to stop this haunted doll from releasing its true form if you want it to wield its intended, full power. So what IS that true form??? 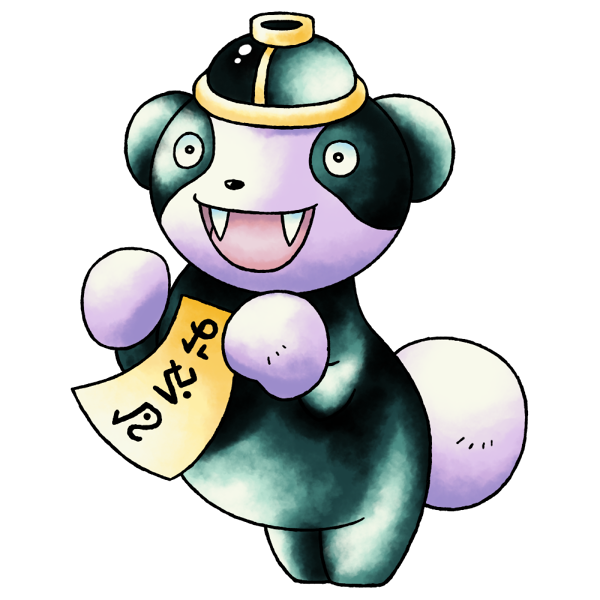 A Jiang-shi panda!? For real?! This, too, only barely looks like a pokemon design, then or now. It looks more like the kind of critter you might see on the cover of a bootlegged, knockoff pokemon mod, and none of this is a criticism. I love it. I love the doll more, but I also love this fanged, beady-eyed dead panda. The Jiang-shi, as we've discussed before on this site, is a type of Chinese "vampire" animated by remnants of its own impure soul, and the effects of rigor mortis force it to move by hopping. The logic here I guess is that both the Jiangshi and panda bears are Chinese, though that leaves the open question of why it would evolve from a wicker torture doll.

Both of these beings, of course, are pure ghost types, and would have been the only ghost types in the game until replaced by Misdreavus at some point in development. I know Misdreavus is also good, but...I think we really lost out overall. Couldn't we have just had both???