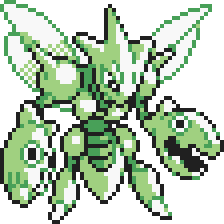 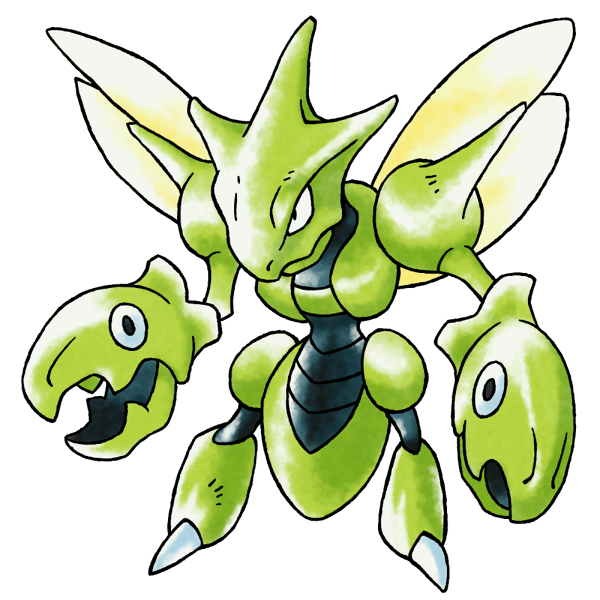 Wow, I thought Scizor was cool enough and I respect what it's going for, but I really like this version at least as much, if not more. It's just such an appealingly beasty mantis-lizard and looks much more immediately like Scyther's evolution, though I do feel the black and red color scheme they finally went with was significantly better. Let's see how that might look with this design! What a perfect dinobug. I wish this had at least been what Mega Scizor looked like, a blend of its two stages, rather than the weird insect knight thing we wound up getting. It also feels more evident in the early design that the pincers are intended to have "eyespots" and look like a pair of false heads, something I always suspected of Scizor but couldn't be certain. Final Scizor's black and yellow spots are cooler, but more ambiguous now that they don't exactly match its actual eyes.

Comparing older Sugimori artwork like this, you can also appreciate how well Rachel recaptured his coloring and highlighting style from back in the day. Official pokemon art dropped the blotchy white shines by Gen 3, and modern pokemon may look "nicer and cleaner," but I really miss that raw, rugged watercolored look.