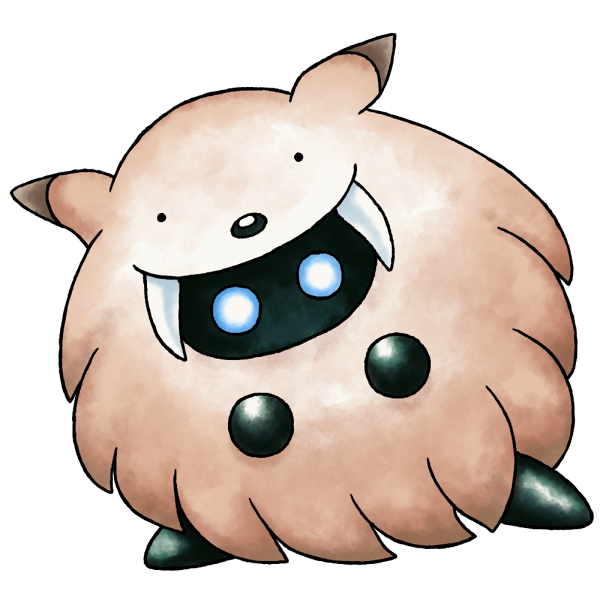 This...there are no words for how sad I am that this ice type pokemon did not make the cut, and there is nothing we have that comes close to even slightly compensating. This is a friggin WEREWOLF pokemon, modeled like an unseen being wearing a wolf's pelt. A fuzzy little ball of dog skin with glowing, ghostly eyes in its mouth. I cannot believe there was almost a wolf-themed Pokemon that I would have loved almost as much as Gloom or Garbodor. 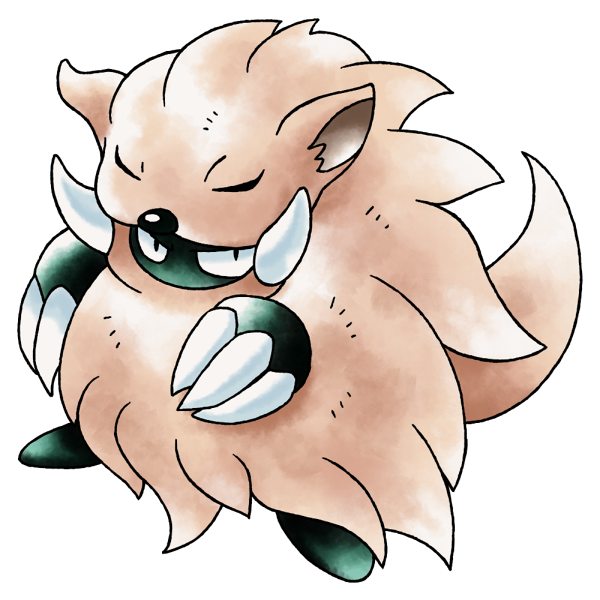 Now, the evolved form, I don't quite love AS much, though I say that only because the eyes are such a downgrade from those little, spooky lights. Everything else is an improvement, simply making the outer "wolf pelt" bigger and adding some thick, nasty claws. It is still a freaking RADICAL concept for a pokemon design and I don't know what on all of God's green Earth they could have ever possibly been thinking when they decided against this one. Did they really not think this would be a popular as hell pocket monster?

Were they worried we might wonder where it got the skin from? That it would have been too morbid? That it would have been more confusing to explain? That's never stopped any other pokemon in any other generation. We're supposed to just accept that every Cubone wears the skull of its own dead mother, that every Banette is the same stuffed toy some different little kid threw away, every Mimikyu happens to have crafted the same exact costume of Pikachu.

I guess, for some reason, they just didn't like this pokemon's design enough to keep it. Some feel that the concept was recycled into Snorunt by the third generation, but as cute as Snorunt is, it most certainly does not fill this particular void in either Pokemon or my soul.