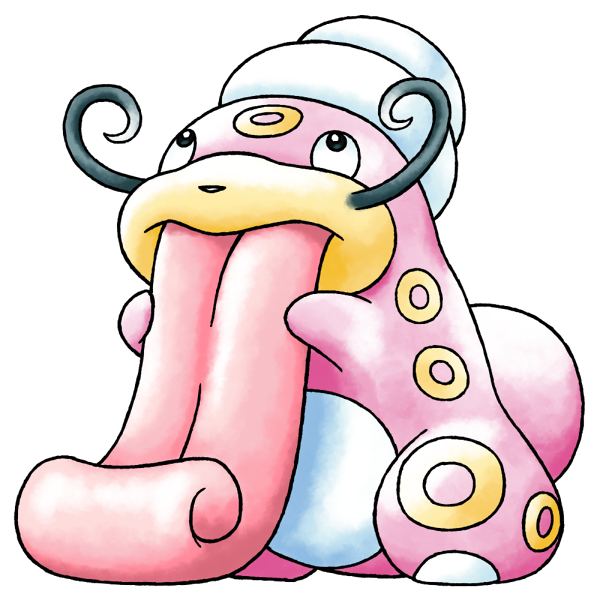 The savage blows just keep coming! I've defended Lickilicky before, it's true, but this comical creature with a curly stache and turban-like head ornamentation is vastly more fun, and yes, even feels "more like a pokemon" in that lovably crude, organic way. That's something else I've repeatedly defended - the "style shift" some people feel began all too abruptly in the third generation - and to an extent, I always agreed. I always knew what people meant, more or less, by how the series moved away from smoother, doughier biological shapes. I just didn't think it was that bad, all the time, and I still don't, but...it's definitely emphasized when you compare Nameeru to what would replace it. 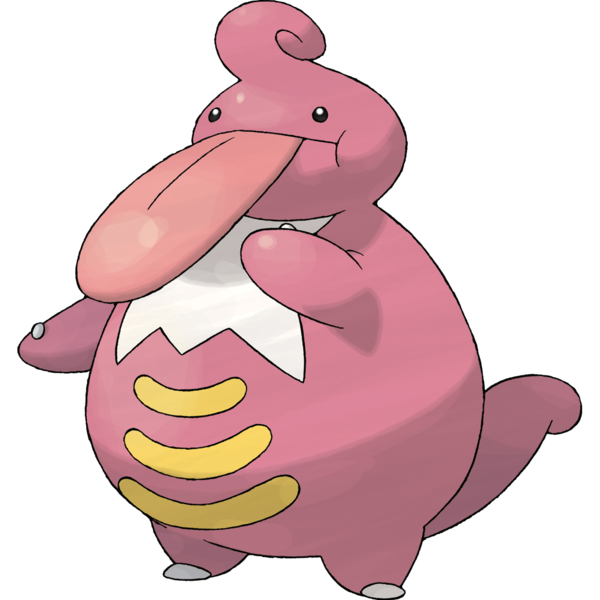 I STILL like aspects of this thing, honestly. I do wish the tongue stuck out a whole lot longer, but I'm glad it at least retains Lickitung's beady, tiny black eyes, which I think are pretty critical to its personality. This, however, is about the extent of what Lickilicky has over its long-lost twin. 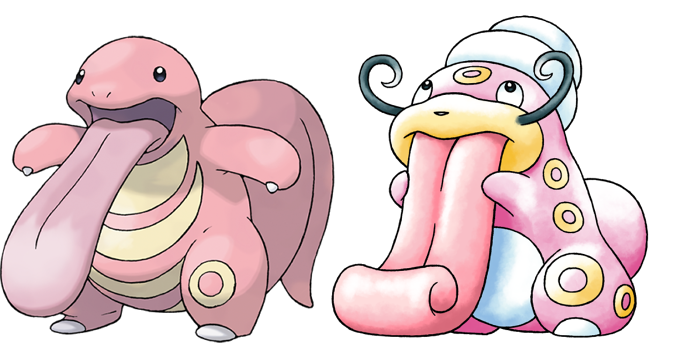 Perhaps Nameeru loses a bit too much of Lickitung in the evolution process, but pinning down its taxonomic inspiration is even harder than the more overtly lizard-like or newt-like licker, adding a strangely mammalian muzzle and really looking like it's just some wacky monster that centers around licking. There's a certain sensibility to the way this thing is drawn that also feels particular to monsters in older Japanese media, like something out of Doraemon or earlier episodes of Anpanman. It's a kind of dorky cuteness that just isn't appreciated anymore, and it really is an artistic style that, sadly, no longer fits in among most Pocket Monsters. 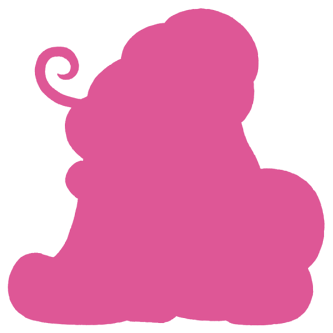 That is just plain lovely! What a pleasant little shape!

As first pointed out by Murmuring Meringue in the comments here, and I don't know why this didn't cross my mind, the combination of Nameeru's "turban" and "mustache" are probably supposed to look "Indian," and as pointed out by Joe Cool, it's possibly intended to read as a sort of "snake charmer." While technically creative, it's uncomfortable to say the least, though it doesn't take that much to rectify this and even push Nameeru closer to Lickitung: 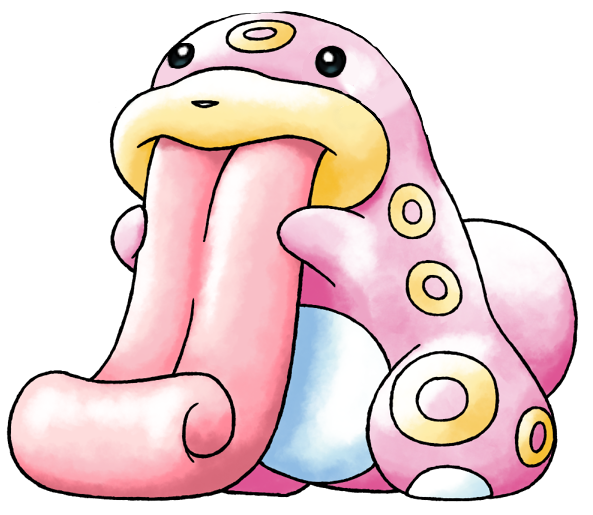 I'd say this version of Nameeru might not stray enough from regular Lickitung, but, it still has a nicer body shape than Lickilicky.