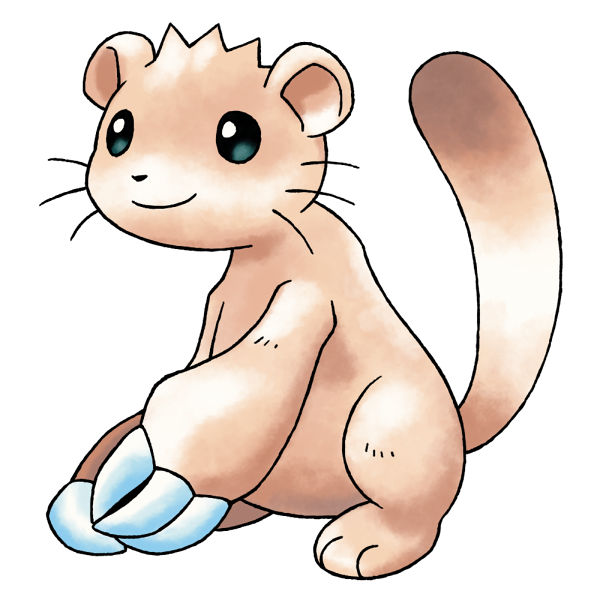 With the legendaries done, we should be all wrapped up, but a couple of non-legendary pokemon are encoded later in the beta Johto pokedex, which would likely be because they were conceived of and added in later, to be re-numbered in the final version. This indicates that Sneasel was a last-minute idea, and it was even originally a pure dark type, rather than dark/ice. I am definitely glad that they retooled this design. I'm sure beta Sneasel would have had its fans, and it at least actually resembles a weasel, but it's so drab and straightforward compared to the one-eared, sinister black cat-weasel we have now. The beta doesn't even communicate "dark" typing at all! Maybe that in itself is kind of charming, one of those "cute but sinister" gimmicks, but at face value, it doesn't have a whole lot of charm.