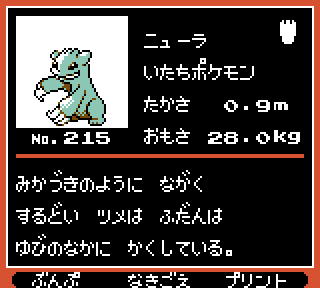 We've got less of a shocker today, but if you're a Sneasel fan, it's interesting to see how the first major change to its earlier draft was to give it a slightly more sinister grin, already much more befitting of a sickle-weasel. It's a design that kind of matches the feel of simple mammal Pokemon like good old Pikachu, Sandshrew and Vulpix, and it might have been interesting to see if this would have evolved into a longer, sleeker, more menacing mustelid, but the Meowth-shaped Sneasel they finally went with remains, I think, a superior choice. This would have had its fans, but still easily get lost among so many other critters.