(will kick your ass) 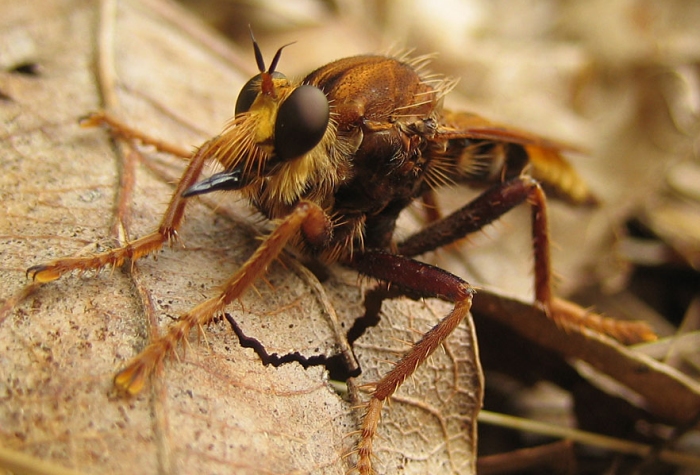 
Some flying insects are so common, any child knows their names; bumblebees and butterflies, moths and mosquitoes, dragonflies, houseflies, horseflies and gnats. An equally ubiquitous buzzer, however, seems seldom acknowledged and poorly known to the average person - perhaps because it spends so much of its life just lurking. Perching someplace inconspicuous, it silently surveys its surroundings like a multi-eyed Batman, waiting for the chance to strike. 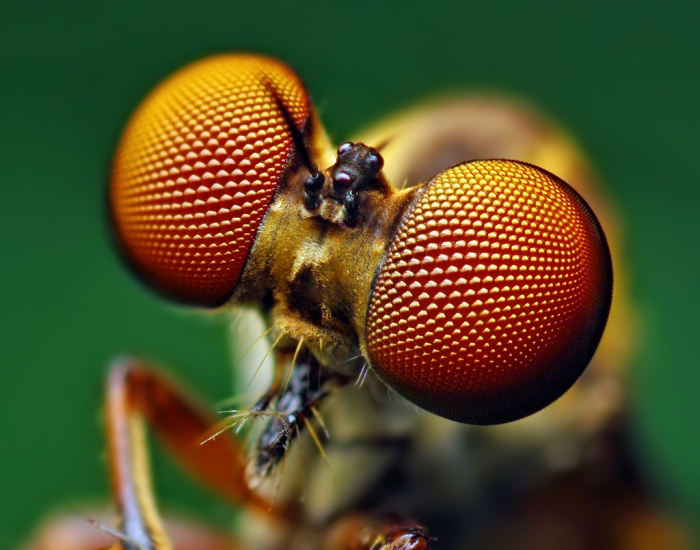 
Wherever evil buzzes through the air and into your Orange Crush, a winged avenger waits in the shadows... 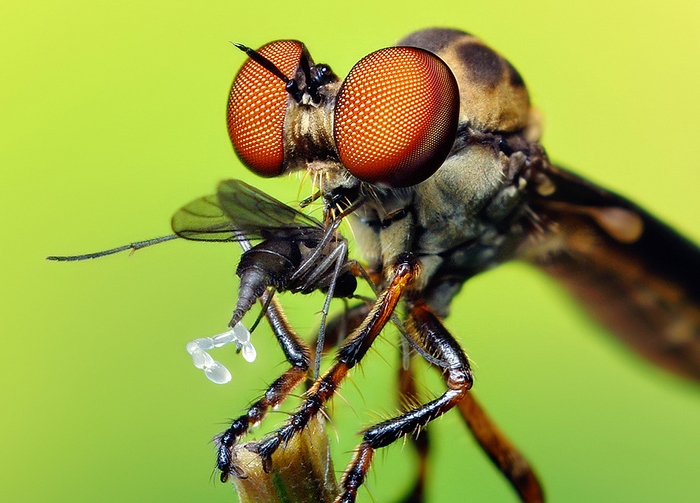 
Related to ordinary houseflies, mosquitoes and other Diptera, more than 7,000 species of Asilidae can be found around the world, on every continent, in nearly every climate. Commonly called robber flies, hanging thieves or assassin flies, you might call these creatures the condors of the insect world, if condors routinely carried off and devoured everything from field mice to bison. 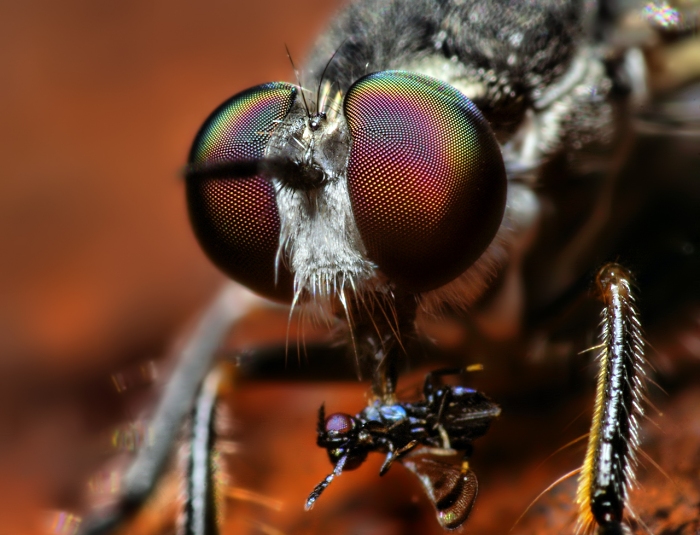 
Few insects are too small, too large or too dangerous for a robber fly's ravenous appetite, from this tiny, snack-sized wasp... 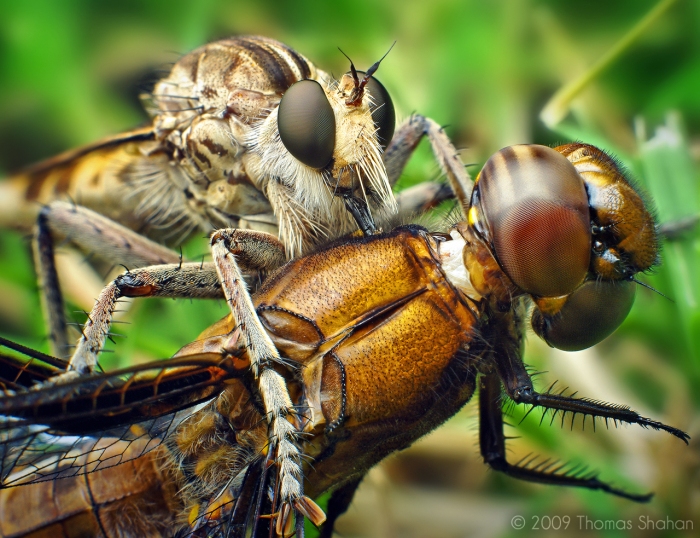 
...To a thickly armored, predatory dragonfly twice the size of its own killer. According to photographer Thomas Shahan, this particular dragonfly was attacked in mid-air, which is hardly unusual for these fearless hunters. The monstrous flies will even swoop in to pluck spiders from their own webs - spiders who may have chosen the wrong words around an evil genie. 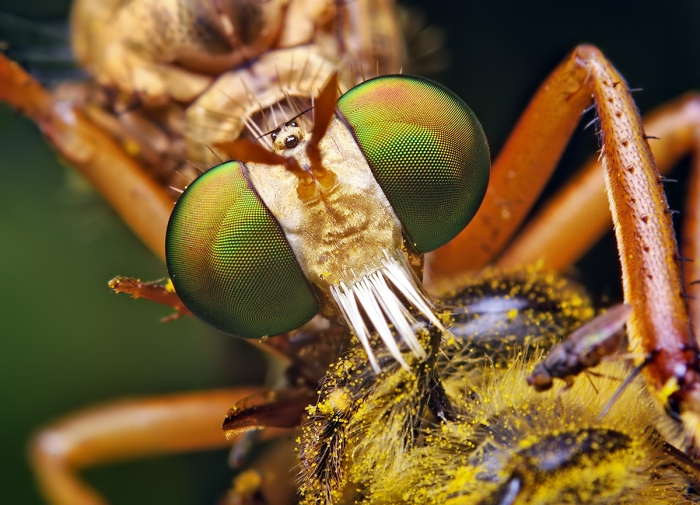 
Many of a robber's meals are well equipped to fight back, but are kept at bay by many tough, sharp bristles, long enough to hold a victim's jaws, claws and stingers well away from the robber's vital areas. A dense comb of bristles above the mouth offers special protection to the head and neck; a sinister 'stache to shame even the Siphonaptera. 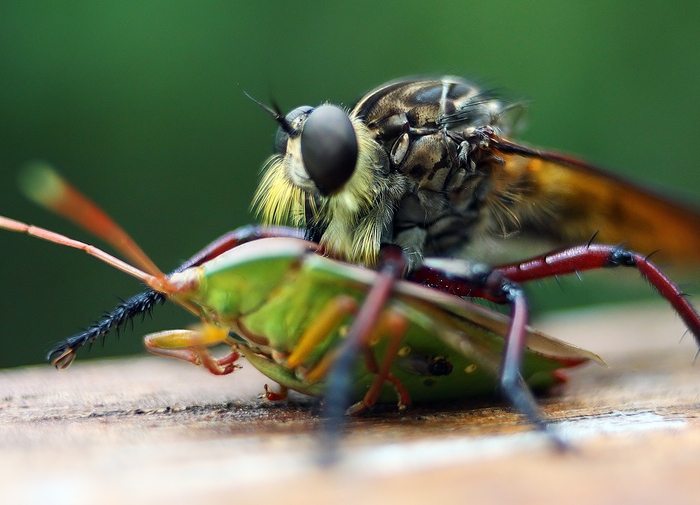 
Like their housefly cousins, Asilidae lack a means to chew their food, and must digest it externally. The blunt, dagger-like proboscis can saw through the toughest exoskeleton, essentially allowing it to vomit into the victim's body. A cocktail of digestive enzymes and paralyzing neurotoxin almost instantly immobilizes prey, their inner tissues rapidly dissolving into a succulent stew. Within hours, little may remain but a crumpled and desiccated shell. 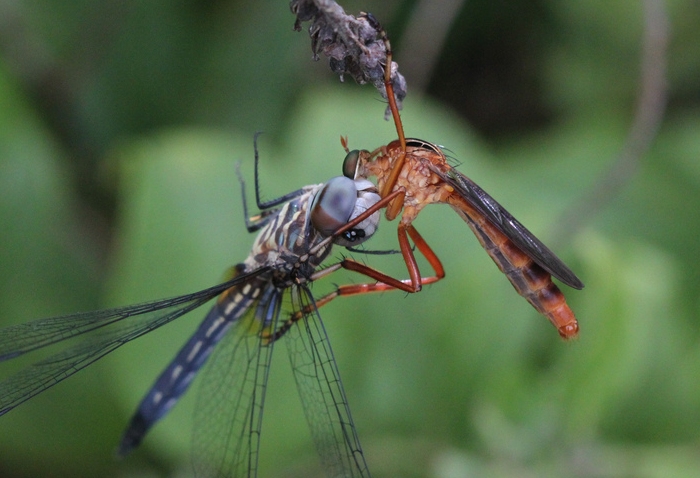 
Maximizing their efficiency, some Asilidae are known to hang by only one leg as they feed, leaving five limbs to grasp a meal and an easy escape route; if approached, they only need to let go that single foot to take wing, buzzing away in the blink of an eye. They usually take their dinner with them, but may drop it as a last-ditch distraction if pursued. 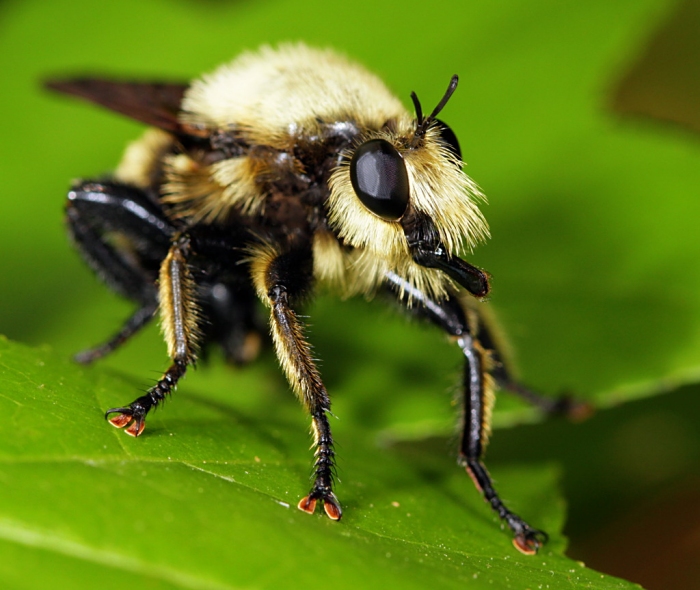 
As we've seen, robber flies vary dramatically in appearance, though most are rather wasp-like or bee-like in appearance. For many, this is more than coincidence, serving as an effective disguise to get the drop on insects who would normally have nothing to fear from just another innocent, roly-poly bumblebee. 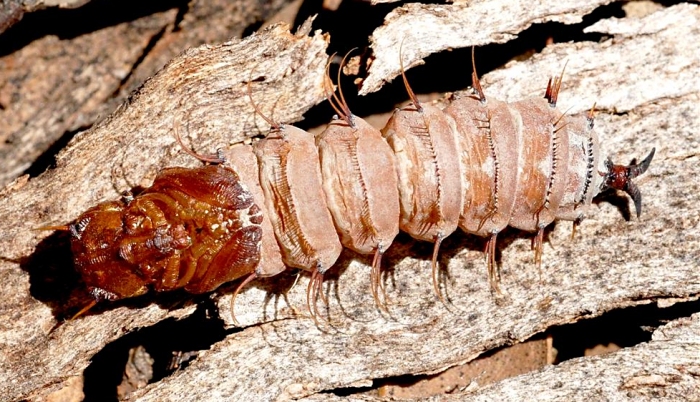 
Robber fly maggots are seldom seen, but are known to prey upon other soft-bodied insect larvae. Many species feed exclusively on wood-boring beetle grubs, eventually entering a pupal stage ringed with barbs, seen here. Flexing their abdomens, the prickly caskets inch their way through the beetle tunnels and finally push their way out into the open for one final molt into mustachioed murder machines. 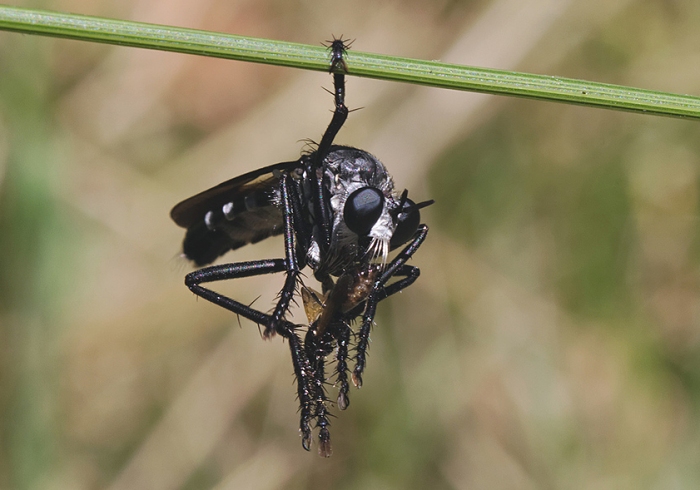 
While the most famous flies are busy sucking on dog droppings, contaminating food, laying eggs in flesh and even massacring people, the robber flies are busy systematically slaughtering them...and virtually everything else unlucky enough to catch a few dozen of their watchful eyes. 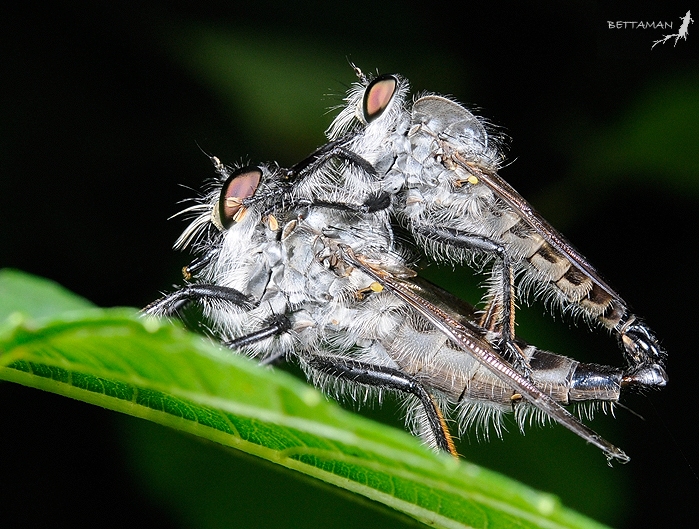 ...But we all know what you really came here to see. 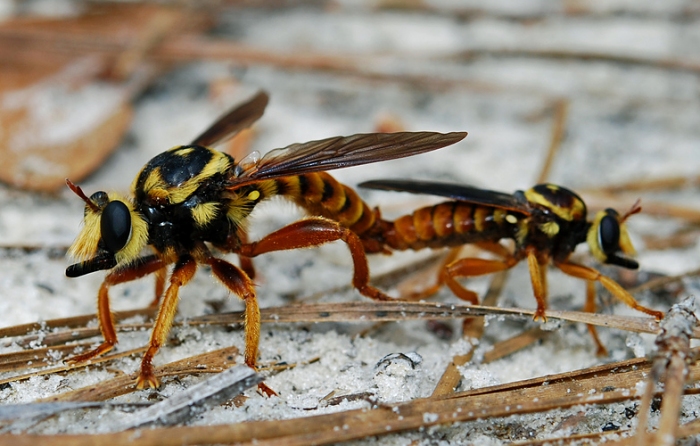 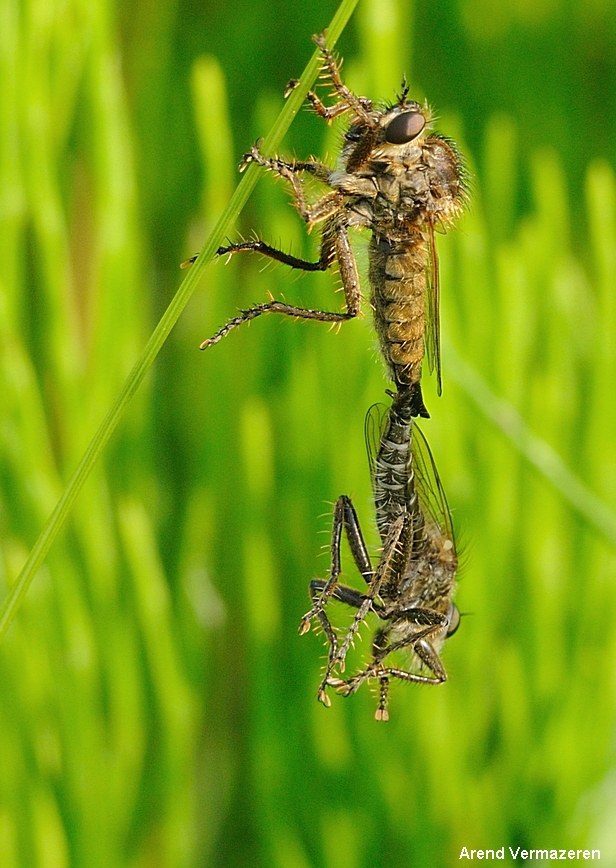