It's a SpOoKtAcUlAr Saturday the Thirteenth for Spiderween, and instead of discussing a spider, we're going to look at some insects which spiders are terribly, terribly unlucky to share a planet with! 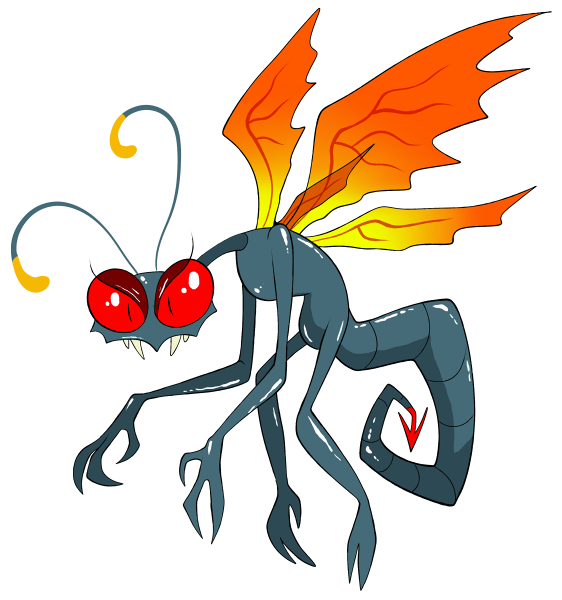 It's never a good sign when three different predators make up only one animal's name. Some of you may know this particular animal as a cazador, and some of you may have learned all about it from Coyote Peterson, who really, really wanted to know what people mean when they say that this wasp has the most agonizingly painful sting of almost anything in the world. You can watch him find out here!

Fortunately, this solitary and largely unaggressive wasp isn't interested in stinging larger creatures like ourselves. Instead, she's just looking for a few good tarantulas to feed her young. Like many, many other wasps, her sting is actually nonlethal to her arthropod victims, but puts them in a sort of permanent "coma." She will bury this paralyzed tarantula alive with just a single egg, and the tiny grub that hatches will burrow its way into the spider's body, leaving it alive and fresh as long as possible by feeding on its most vital organs last. 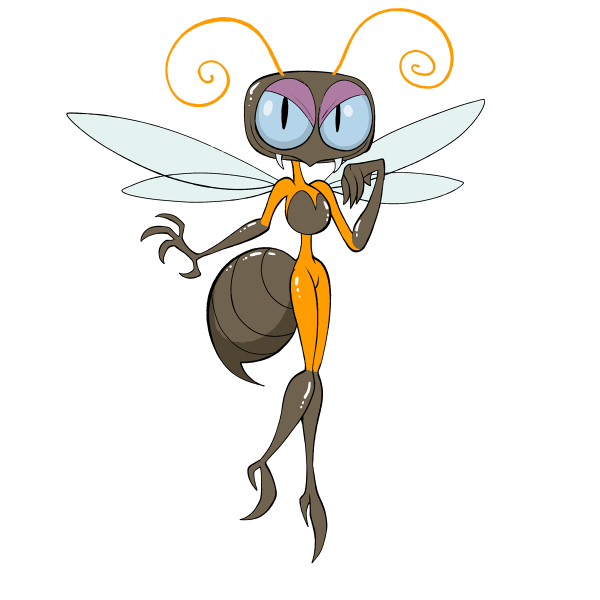 The wasp Reclinervellus Nielseni doesn't have a common name, but it's one of many known parasites to "reprogram" the actual behavior of a living host. In this case, the host is an orb-weaving spider, and only temporarily paralyzed by the mother wasp's sting, just long enough for her to lay an egg on the spider's abdomen. This larva is an ectoparasite, living on the outside of the host and gnawing tiny holes in the exoskeleton through which it can drink blood.

The typical host species of this wasp actually builds two kinds of web: the usual prey-catching orb web, and a cocoon-like "resting web" in which the spider molts. When the time comes, the parasitic wasp larva will compel its spider to build an unusual modification of the resting web, cocooning itself permanently with the very parasite that soon sucks it completely dry, using the spider's own molting web to protect itself as it develops into a new wasp. 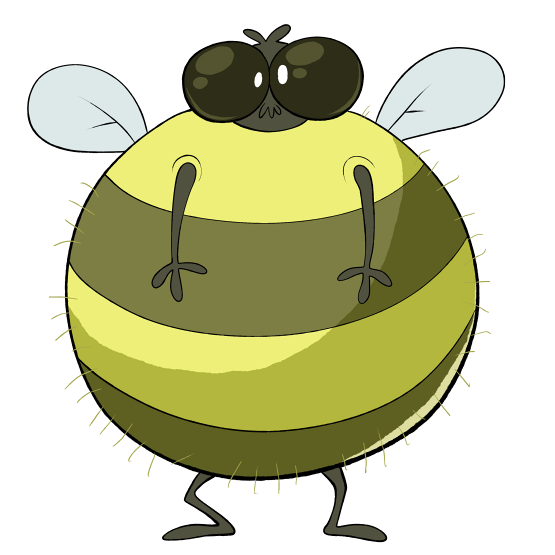 (Photo by Donald Hobern!) I've been neglecting my Flyday feature since I started Spiderween, but consider this a little compensation. The Acroceridae or "small headed flies" are true Diptera, like houseflies or horseflies or fruit flies, though they're often colored to imitate bees or wasps. Adults are only nectar drinkers, like our wasps up above as a matter of fact, but you probably guessed it by now; the larvae are exclusive spider parasitoids!

Whereas the wasp mothers hunt down a spider and lay their eggs directly on the paralyzed food source, a small-headed fly simply lays several thousand eggs at a time and leaves them to their own devices. Most of the tiny maggots will likely starve to death or get eaten by predators, but at least one is sure to find itself a spider, squeezing itself right into one of the spider's softer leg joints to enter its body. This parasite may actually live and feed within the spider for years before it is ready to pupate. Unfortunately for the spider, the maggot is now several times larger than it once was, sometimes even occuping most of the spider's interior... and to pupate, it has to get back outside. The spider does not survive this. Ever. 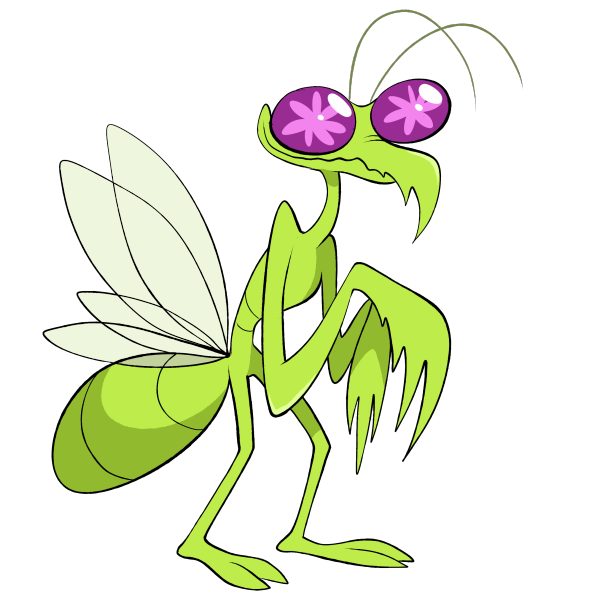 This next one is actually related to the lacewings and antlions in the order Neuroptera, but like the small-headed fly, many species are wasp-mimics. True to their mantis-like appearance, adults are ferocious predators of just about anything they can get those claws around, but the larval stage demonstrates yet another strategy in arachnid parasitism.

Larval mantidflies begin their existence as hairy, long-legged and quite mobile grubs, which immediately set about finding themselves a hunting spider, such as a wolf spider. They're looking for a female, but if they find a male spider first, they may simply ride him around until he finds a female spider, at which point the grub will transfer over like an STD, if an STD existed that was about the size of a cat and hung onto your stomach all day. Next, the larva will wait until the spider lays eggs, and will sneak itself right in to the spider's egg sac, where it molts into a new form, legless and blob-like and adapted to do nothing but slurp the contents out of every last spider egg in the sac.

HERE you can read about one larval mantidfly that unfortunately never made it to its destination. After 44 million years, it's still clinging to the same male spider in a hunk of ancient amber! 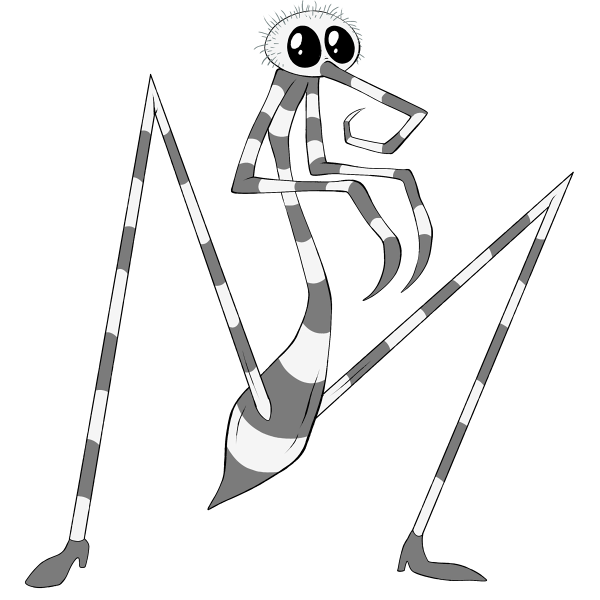 For our last Spider Nemesis, we've finally got an old fashioned hunter-killer with none of that fancy parasitism stuff. Assassin bugs belong to the order Hemiptera, the only insect group you're technically supposed to call "bugs," and are most notably distinguished by the fact that their mouth parts are fused into one single, hollow "straw."

This particular bug specializes in hunting web-making spiders, and if it can get away with it, it will simply walk to the edge of a web, lean in with its incredibly long body, and pluck the spider right from its home, but oftentimes it finds itself forced to actually enter a web, and it seems to know exactly what it's getting into. The bug moves so slowly and so carefully across the strands of a web that it causes absolutely zero vibration, sllloooowwwwwly shifting its weight around with each step so as not to alert the web's occupant. If it finds any strands of webbing actually blocking its path, such as in more chaotic three-dimensional webs, it grabs one strand at a time in its front legs, pulls the strand apart, holds the two ends for a while, and finally releases them, every step in such slow motion that the entire process can take hours.

This isn't the only assassin that stalks spider webs, either. Stenolemus bituberus is another, and instead of relying on stealth, it deliberately picks at the edge of a spider's web, imitating the vibrations of a trapped insect. HERE is a video! If you're feeling bad for the spiders in any of these situations, well, good, but just as spiders must eat insects, some insects must eat spiders, and the health of every biome depends on the existence of predators and parasites to regulate one another's populations and keep the food chain functioning!