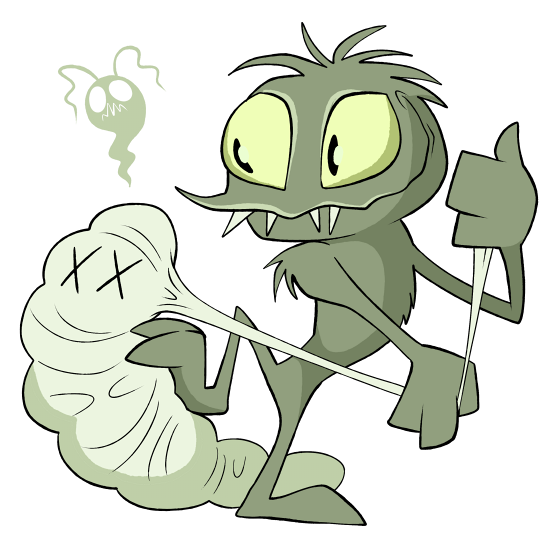 We got a real rulebreaker today - one of the only spider groups in all the world to not have any venom. Not even the most vestigial trace of venom glands! Nothing! In fact, an Uloborid spider does not even bite its prey at all, and its only defense against larger predators is to either run and hide or lie perfectly still, often shaped and textured like a small piece of wood or a curled, dead leaf.

So how does such a spider still manage to subsist on an entirely carnivorous diet of other arthropods? You're going to be glad you wondered!

The production of both silk and venom are protein-intensive, and it is perhaps by sacrificing venom that the Uloborid can afford to wrap its prey in incredibly excessive amounts of silk. Other orb weavers spend mere minutes wrapping up their prey in only a few feet of silk, while Uloborid spiders may spend more than an hour spinning the same trapped insect around and around and around in several hundred feet of silk.

This habit had been known for quite some time before its reasoning was ever investigated scientifically, not all that long ago in just 2006 by biologist William Eberhard from the University of Costa Rica. Opening up the spider's cocooned meals, he found that the insects inside weren't merely trapped, but looked like they had gone through a garbage compactor. Their bodies were so crushed and mangled that some were little more than small, tight balls, their eyes squeezed out of their crumpled heads and their own legs coiled around them like tangled ropes.

This is even more impressive than you might think, because a spider really doesn't have much in the way of physical strength. Eberhard's experiments determined that it takes around 360 milligrams of pressure just to dent the leg of a fly, but the entire Uloborid spider only weighs fourteen milligrams. It is entirely the physics of the silk alone that do the work, as every thin, elastic layer adds one more teeny, tiny degree of pressure to the deadly cocoon.

Actually killing the prey, however, is not the purpose of this brutal process. An insect can be incapacitated with far less silk, and doesn't necessarily need to be dead before the spider feeds. The reason for compacting the meal into such a small ball is likely because, rather than biting, the Uloborid simply drenches the entire outside of its prey in its digestive fluids...and the smaller it can compress that prey, the easier it is to soupefy with less waste.

It's like turning every single meal into a bite-sized bar, just to dunk it all the more easily in a cup of coffee.