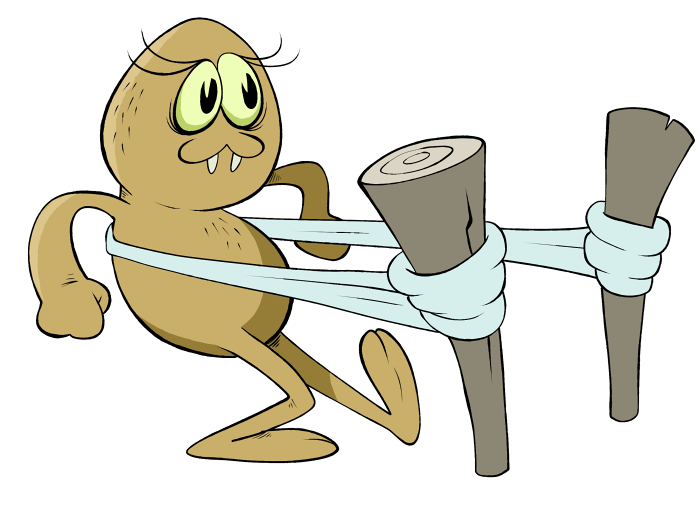 We're on our eighth and final example of a spider that uses its own silk in a bizarre, novel way, and this might just be the most cartoonish of the bunch. The behavior is still so new to science that the spiders haven't been conclusively identified, but was first officially documented by Entomologist Lary Reeves, who observed it on a 2014 expedition in South America and believes them to be orb weavers belonging to the genus Naatlo. 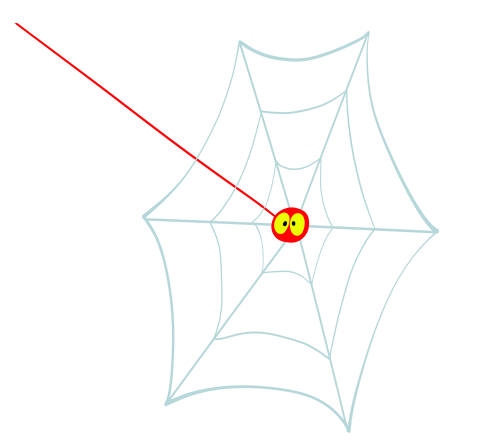 Whatever they are, they build the same web as any other orb weaver, but with a single twist: an extra line of silk that runs straight out the back, attached to a surface behind the web. 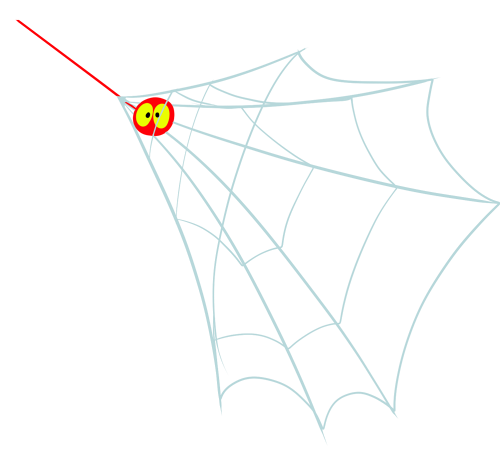 The spider seats herself at the center of the web, like many spiders do, and with her front legs, pulls herself along the line and pulls the entire web into a taught cone. 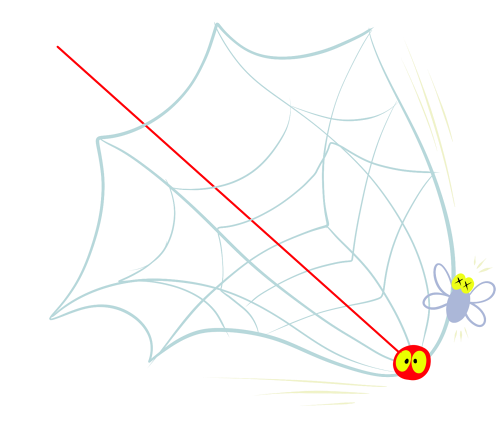 The spider waits like this, until she detects a flying insect passing in front of the web. Releasing her grip on the dragline, the entire web springs forward to hopefully entangle the prey right out of the air, the spider herself acting as a weight, like a pendulum, to stretch the trap even farther outward.

While this trick only works in one direction, the back of the web is still sticky enough to trap insects who blunder into it by accident, so the usual, passive trapping action is still at work all the while, with the additional slingshot attack to capture even more meals that might otherwise escape!

A mystery remains as to how the spider actually knows that an insect is near. She wouldn't be able to smell them, or exactly "hear" them with her typical spider anatomy, her eyes are no better developed than a typical orb weaver and she even faces away from the action as she holds on to that central line. Is it possible that some of the fine hairs covering her body, already used to detect vibration, are so sensitive that they even feel the tiny "breeze" from a mosquito's wings?