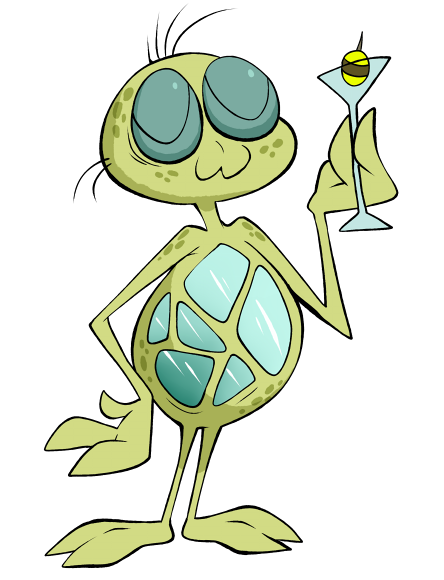 We're all done with weird, wacky uses for silk at this point, but let's get into some spiders with more bizarre anatomy. Thwaitesia argentiopunctata is a harmless (to us) little spider found throughout Australia, and considered by many to be one of the most beautiful spiders in the world.

The surface of this spider's gut deposits "crystals" of guanine, a compound that also gives fish scales their sheen and is usually excreted from various animals as waste. When the spider contracts its muscles, the crystals become hidden and it turns almost brown, but when relaxed, the tiny mirrors open up and the spider sparkles in the sun like a diamond.

...But why? It's actually the same reason a lot of other tiny arthropods have shiny surfaces, and a reason that may not have crossed your mind before, but suddenly seems obvious once you've heard it. In some cases, metallic insects and spiders want to be seen as an advertisement for their noxious taste or sickening poison, but more commonly, a reflective appearance serves as a form of camouflage in an environment that frequently gets wet. Some shiny critters time their activity with morning dew or rainy weather, and are of course most common of all near bodies of water or in steamy, moist rainforests. The ability to shift from a reflective to matte appearance is especially useful, as it allows this spider to seemingly "disappear" before the eyes of animals who were looking for either one or the other, and simply changing your appearance that quickly can confuse or disturb certain predators enough for them to feel discouraged and move on.