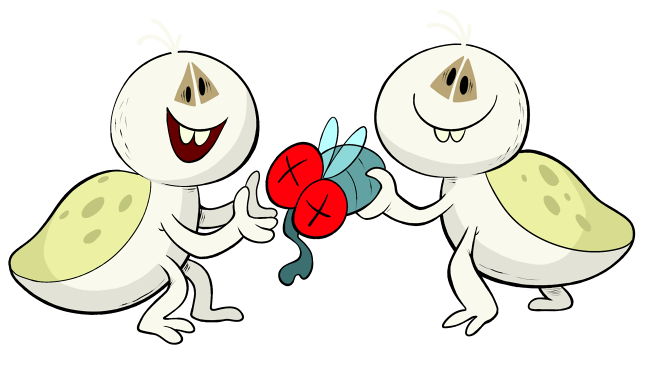 We've touched lightly on the subject of social and quasi-social spiders before, like when we discussed the spitting spiders, but a few spider groups take sociality to much further extremes, and among the most specialized are several species of Indo-African velvet spiders" in the genus Stegodyphus.

Like termites and the various social Hymenoptera, a colony of social stegodyphids begins with only a single female, who leaves home by ballooning, or "flying" through the air on a strand of silk (did we not talk about ballooning yet?? Well, spiders do that! A lot!). How soon she finds a mate and begins to produce young, nobody seems certain, as these spiders are critically under-studied and few publications even mention them at all!

Eventually, however, we know that one spider becomes dozens, and dozens can become hundreds, and together they construct a blobby mass of silk so dense it has been described as "sponge-like." Cannibalism and infighting is seemingly nonexistent, and all members of the colony work together as a swarm to subdue and share large prey. What's really remarkable however, and entirely unlike social bees, wasps or ants, is that an "outsider" from another colony is never treated any differently, and in fact, neither are outsiders from the other species found in the same region.

It's probably unlikely to happen in the wild, but one experiment introduced members from multiple different colonies of two separate Stegodyphus species into the same enclosure, and without hesitation, they all found one another, clustered together, and pitched in to begin spinning a new home for themselves, as if they were all the same little family all along.

An interesting thing about social spiders is that, unlike bees or ants, they don't have any physiological "caste" system. They don't have little "worker spiders" and bigger "soldier spiders," but are all outwardly the same. And yet, different members of the colony still exhibit different roles they tend to stick to for their entire lives, and near as we can tell, that's just a matter of individual personality. Some spiders in the colony just aren't aggressive enough to subdue prey or ward off attackers, but can be seen diligently repairing and expanding the web. Others may be just the opposite, seldom contributing to physical labor but always up for a good fight.

Naturally, a colony fares poorly if it leans too heavily towards one kind of personality, and so a colony of either reclusive pacifists or hostile jerks is more likely to fizzle out.

Here's the interesting thing, though: that's exactly how life is for just ONE spider. If a lone, non-social spider spends too much time fighting or too much time web-spinning or too much time hiding, it's possibly going to get itself killed or starve to death. A single wild spider needs to be able to do everything, and so, most wild spiders end up basically the same, with a roughly identical mix of skills.

See where this is going? Living as a colony and helping one another is what allows social spiders to display such extreme diversity. We think of "colonial" or "hive-making" animals as a bunch of conformist drones, but the colonial lifestyle is the only thing permitting these spiders to show any individuality at all, because there's always another spider with a complementary skillset, and they've learned to support one another indiscriminately, working as a whole to ensure that no single spider is left to starve as long as they can help it.