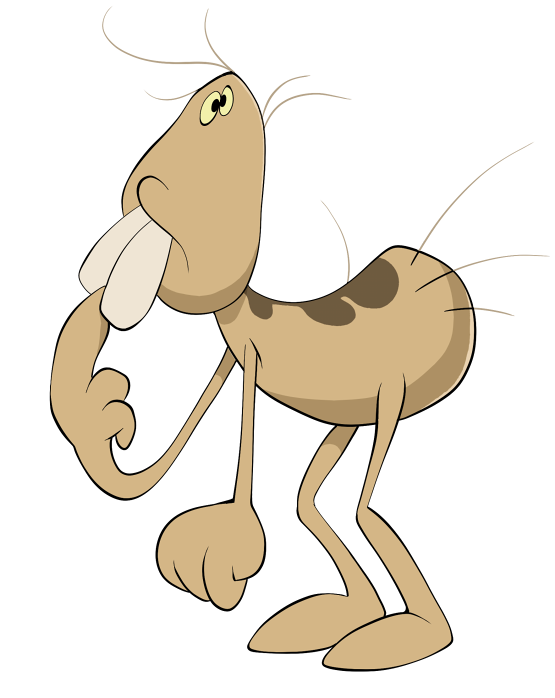 The black widow may be the most famous "killer" spider, yet the brown recluse or "fiddleback spider," Loxosceles reclusa, might be vastly more feared. Put "brown recluse bite" into google images and you'll find a horror show of gaping, grisly, pestilent wounds that, in some cases, allegedly lead to emergency amputations of entire limbs...and why ever would websites like ebaumsworld or verywellhealth be giving out inaccurate medical information!?

The truth is, a recluse bite can be pretty painful, it frequently enough causes at least a small hole in the skin with long term scarring around the size of a cigarette burn, and a certain small proportion of cases can worsen to the point that a patient may even require a skin graft. This is because a protein in this venom more or less "decapitates" the lipid molecules holding together our cell membranes. This renders the molecules "unrecognizable" to our body, and so our immune system begins to attack and break down some of its own cells.

That's all pretty scary, BUT!!! Even the above study admits that only "about" one person every five years is thought to have such a serious reaction to a Recluse bite, and that the vast majority of bites show virtually no symptoms at all. Like the widow spider, the recluse is a shy creature, not extremely prone to biting if it isn't given a reason, and while individual responses to the venom are highly variable, it's far from the norm to lose a chunk of flesh in the process, and the frequency at which fiddlebacks are incorrectly blamed for cases of necrosis are downright staggering.

The University of California's Entomological department has written an extensive online resource for spider bite myths and misunderstandings with a heavy focus on the misplaced paranoia surrounding reclusa, and it includes an entire subsection on the frequent misattribution of tissue death to the creatures, having found that skin lesions are routinely diagnosed as "recluse bites" even in parts of the country where recluse spiders do not exist at all.

So what's actually going on, then? According to the CDC, it's widely common for the early stages of Methicillin-Resistant Staphylococcus aureus, or MRSA, to be mistaken for a spider bite at a glance. In fact, it's almost impossible for anybody to differentiate a severe spider bite reaction - a relative rarity - from a monumentally more common bacterial infection by appearances alone, and a study published by the American Board of Family Medicine found this misdiagnosis to be even more rampant than previously believed. The problem is now well known enough that in only 2017, a team of doctors published a paper proposing that medical practitioners be taught the mnemonic phrase "NOT RECLUSE," which stands for a list of signs and symptoms that AREN'T correct for a recluse diagnose:

I have to be honest that this is a little obtuse, as far as a mnemonic goes, but the doctors suggest that you can reliably rule out a recluse bite if you can check off even two or more of these qualities.

In their earlier paper, "Bites of Brown Recluse Spiders and Suspected Necrotic Arachnidism," they even identify over forty specific conditions that have been confused by their fellow medical practitioners with loxoscelid bites, including diabetic ulcers, skin cancer and anthrax infection. All of these may require more specialized attention than a spider bite, and here's the real kicker: true recluse bites don't HAVE their own treatment. There isn't any approved "recluse antivenom" in North America where the species occurs naturally. What we DO have are antibiotics, and that's what your doctor is probably going to have to give you for any persistent, open sore whether it's a spider bite or a Bulbasaur bite. It's the risk of secondary infection, not the venom itself, that a hospital will treat, and definitely needs to. 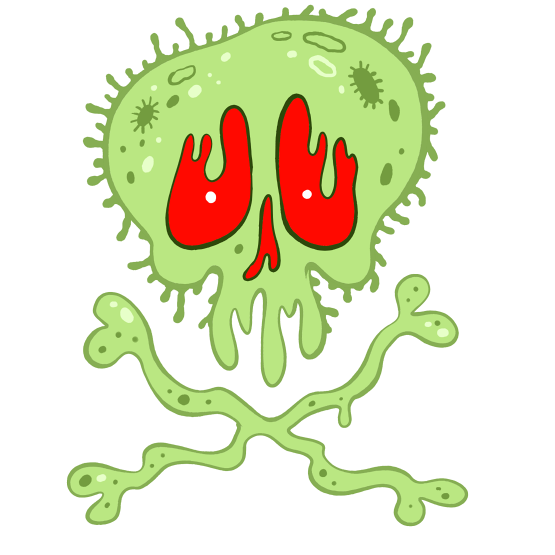 I shouldn't have to remind you, after all, just how many people die almost every single day - or are left wishing they did - from aggressive bacterial infections that may have started with so much as a paper cut, a popped zit, a pin prick, maybe even just a friendly scratch from a sweet little kitten or puppydog, and even if a recluse's venom causes only a teeny, tiny speck of dead skin, that can be pretty prime real estate for hungry microorganisms.

In the end, then, it doesn't really "matter" whether or not you were bitten by a recluse, because basically the same thing needs to happen: you have either a very likely bacterial infection that requires medication, or you have a wound that's just waiting to become a bacterial infection, and you require the same medication. You should never screw around with any kind of injury, and especially not an injury that's turning funny colors or making any gross-looking fluids. It's also the case that a recluse bite can just plain hurt like the dickens, so just like a widow bite, a hospital visit is a safe bet at least to get yourself some pain relief. As for the spider itself? Well...it's little and it's brownish and it naturally builds its messy web in the crevices of rotten wood, which is why it tends to like the nooks and crannies of man-made buildings. It can be identified by the almost picture-perfect shape of a "violin" on the cephalothorax, and despite the almost FURIOUS disagreement you can get for pointing this out to Californians in particular, they are absolutely, positively, honest-to-god, for really really real, only found in the red area of this map.

We've got a few more links for you, too, not only on the subject of reclusa but on spider bites in general:

ARTHROPOD ECOLOGY: Spiders Do Not Bite

MEDICAL MYTH: Idiopathic Wounds Attributed to Recluse or Other Spiders

LIVESCIENCE: Hobo Spiders not so Venomous After All

LIVESCIENCE: The Surprising Cause of Most Spider Bites