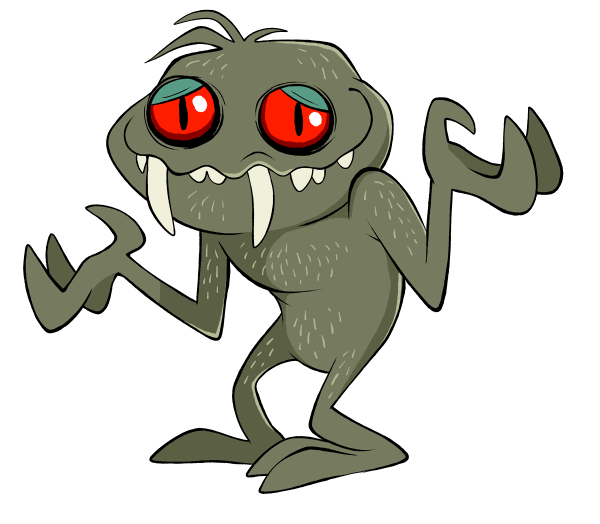 Finishing off our brief look at hazardous spiders, Australia's Sydney Funnelweb is probably the true contender for the world's "deadliest" due to a number of factors, but first we'll talk a bit about the spider itself.

Atrax robustus is believed to be responsible for all deaths associated with its genus, and our Spiderween's only example of a potentially lethal Mygalomorph. They are known as funnel webs for constructing a silk-lined burrow that flares open at its entrance, where taut "tripwires" radiate in all directions. Like a trapdoor spider without the trap door, the animal simply rushes from its burrow to eat whatever arthropods, lizards or tiny mammals come too close.

Due to the likelihood of seasonal flooding, these spiders have actually evolved a similar survival trick to the diving bell spider, trapping air against their abdomen to breathe for up to twenty-four hours if submerged in water.

As with many spiders, the female is much more of a homebody, and may never leave her burrow if she can help it. This means that the vast majority of bite incidents are due to the male during his travels in search of a female, and unlike almost any other spider, he is widely known for his highly aggressive response to fear.

The male funnel web would probably be wiser to just run away from beasts as huge as humans, dogs, kangaroos and cassowaries, but he's allegedly quite likely to rush headlong into even the most hopeless fight, unleashing a full dose of venom and latching on to his adversary like an angry little bulldog.

The male's venom itself is actually stronger and more concentrated than the female's, and it comes with some of the most severe effects of any arachnid venom: pain, delirium, muscle spasms, diarrhea, chills, confusion, profuse sweating, vomiting, double vision, swelling of the throat and numbness around the mouth can all occur within a half an hour.

...So how deadly is a spider that is both one of the planet's most venomous and its most hostile?

From 1927 to 1979, before the development of antivenom, the number of confirmed human deaths by Atrax robustus is believed to have been...thirteen.

Make no mistake, now; you do not want to take this spider lightly. Unlike a recluse or widow, in which most bites are thought to be fairly mild, at least 66% of confirmed bites exhibit serious symptoms. Fortunately, only about 10% of those are deemed serious enough in turn to be worth a dose of antivenom, so as with our widow spiders, a robustus bite is a VERY BAD TIME, but not a "start praying to your deity of choice while you still can" situation. That pre-antivenom kill count was still only around 1% of all recorded bites, and the post-antivenom kill count has been zero.

Why, then, does Australia have such a reputation as a gauntlet of murderous hellspiders, if even their deadliest is so rarely life threatening? As discussed further by Arachnologist Rob Crawford on the Burke Museum website, it's a good old mix of misunderstanding, media sensationalism, and at least a bit of national pride. People love the idea that they might live in a deadlier place with deadlier wildlife than the average wimpy outsider, and with Australia hosting some of the world's most formidable snakes, jellyfish, sea snails and even plants, it's unavoidable that spiders would get caught up in the hype.

There's an interesting twist here, too, in that the venom of robustus didn't even evolve to be so dangerous to us, and isn't dangerous to most other mammals. Dogs, cats and the spider's many marsupial neighbors show a relatively minor reaction to the bite, but primates display the kind of agonizing and potentially life-threatening response we just went over. There is very little scientific literature on this subject, and seemingly little research into how and why it works that way, but the venom is a channel blocker, inhibiting how cells communicate with one another, and it's possible that there are simply far more ways for this to interfere with our exceptionally developed brains - a "bigger they are, harder they fall" situation.