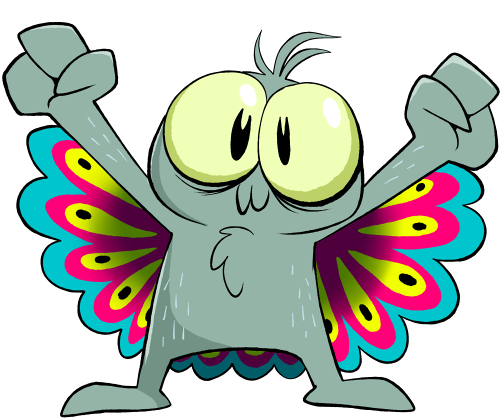 Welcome to the final week of Spiderween: the Jumping Spider Week! Public awareness of the family Salticidae has skyrocketed in recent years, with even many arachnophobes and general bug-hated forced to admit, with increasing frequency, that the stubby limbs and massive eyes of the jumping spiders are full of personality and difficult to find at all frightening.

With more than 6,000 desribed species, the salticids are in fact the largest, most successful group of spiders on the planet, and known fossil specimens date back to only around fifty million years ago, less than a sixth the time spiders have actually roamed our planet. They're the cellular phones of the spider world: smaller, faster, lighter technology that has exploded onto the scene and outnumbered its predecessors in a comparatively miniscule amount of time.

Jumping spiders are most distinguished by the combination of large, forward-facing front eyes and an unusually flat, almost rectangular face. They don't typically hang around in webs or even use silk to wrap up their prey, but they do leave a continuous silken thread behind them as a "safety line," and may build temporary silken "tents" to rest in at night, protect their eggs or wait out harsh weather. A handful of species actually do build a web that can trap other creatures, but tend to leave this web and go out hunting for most of the day, allowing their house to collect dinner while they're gone.

Among the most beloved of the Salticids are probably today's focus, the Australian genus Maratus or "peacock spiders." These are so named for the beautifully vibrant, partially reflective coloration of the male's abdomen, which he can "unfold," much like an actual peacock's tail.

This beautiful banner would be even more colorful to the sophisticated eyes of other salticids, which likely see in more colors than us humans can, and definitely more than most other arthropods. Red in particular is usually too broad of a wavelength for such tiny eyes to collect, but due to a simple layer of red pigmentation over a salticid's eye cells, they can see the full range of red, orange, pink and purple where other insects and spiders are more likely to see nothing but grey.

In addition to his fabulous rainbow cape, the male peacock spider must perform a "mating dance" for the female, common to many spiders but especially pronounced in the jumpers. Body motions, limb gestures and even sounds are incorporated into the routine, the purpose of which is to basically say "hello! We are the same species! I am not here to eat you! Please let me give you some sperm cells and then I will be off!"

The complexity of this "dance" acts as a security measure. The more details are involved and the more perfect they must be, the harder it is for sneaky predators to replicate or for two different species to mistakenly pair up. Combining the song and dance routine with a unique color signal adds an additional layer to this security system, and the female's often violent reaction to an error ensures that the system continues to mean something, weeding out males who screw up any part of the process and reinforcing a genetic lineage that knows the proper protocol.