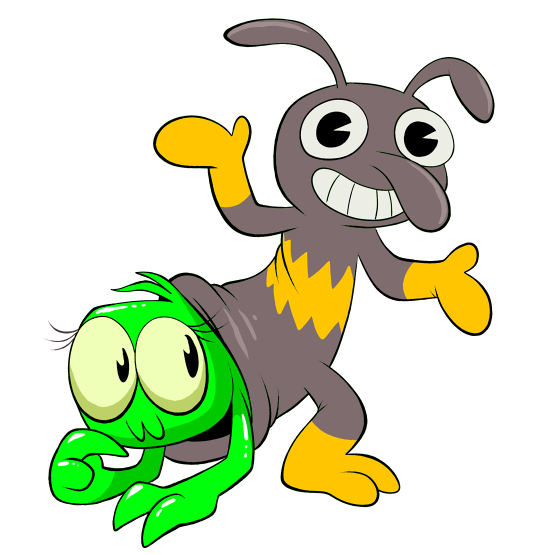 An interesting thing about the jumping spiders is that an incredibly high number of them, moreso than any other spider group, mimic other insects or arachnids to some degree. The majority of these mimics imitate ants, which we'll talk mor about tomorrow, but others may resemble beetles, flies, wasps, other kinds of spider, pseudoscorpions and more!

Today's spider, Orsima Ichneumon, is unlike almost any other salticid doppelganger in that it imitates an insect "in reverse," the entire abdomen forming a false "thorax" and "head" that point backwards and even sport a pair of false antennae! It was named under the assumption that it imitated a wasp, while others believed it to be a type of ant mimic. The coloration is much more like certain foul-tasting moths, but it's a great disguise no matter what the case, since it doesn't necessarily need to look like any specific animal to be an effective ruse.

If you're a predator and you're not already turned off by the resemblance to a super bitter moth, you're likely going to approach this creature under the assumption that it will flee in the direction of its "head"...only for the whole thing to rocket itself backwards at the last minute.

And if you're something that usually has to watch out for hungry spiders yourself, you're never going to expect to be pounced and envenomated by another animal's rear end.