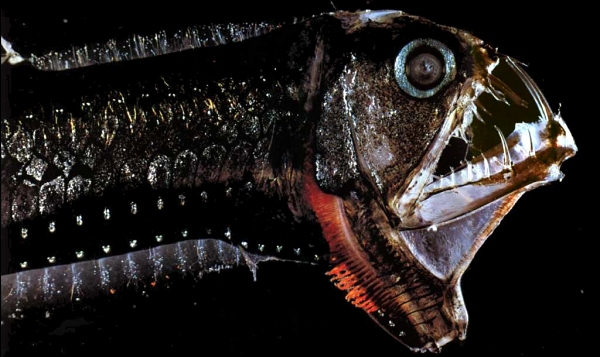 Considered top predators of the abyss, Stomiidae such as dragonfish and viperfish often employ lures like those of the anglers, but are also built for fast and aggressive hunting. Unlike any other group of fish, Stomiidae possess red-tinted lights just behind their eyes, invisible to most other creatures. This allows these tiny sea serpents to illuminate their field of vision without betraying their presence to most prey, and communicate to their own kind without drawing unwanted attention. While not quite as dimorphic as the anglers, male dragons are much smaller and relatively simpler than the females, without lures or even teeth. It is believed that mature males do not feed, but live only to mate and die. 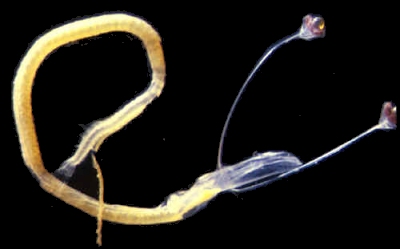 The larvae of some dragons may be the most unusual juveniles of any fish; thin, worm-like creatures with eyeballs on long, flexible stalks. These stalks are slowly "reeled in" as the animal matures, and can still be found permanently coiled inside the adult skull. 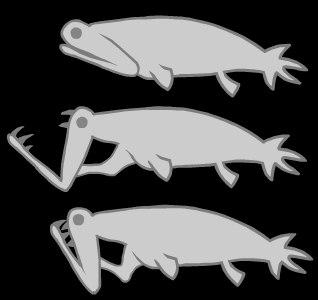 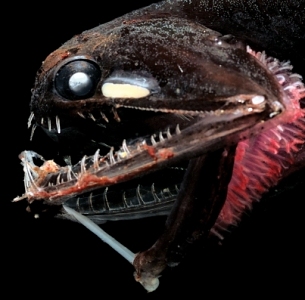 Photo by Edith Widder, Drawing by me


Some members of the Stomiidae are known as "loosejaws" or "rat trap fish" for their oddly structured lower jaws, which reach out like the claws of a preying mantis. To reduce drag and snap at prey in the blink of an eye, the jaws are disconnected from the open "floor" of the mouth by a thin stalk, just like a man-made animal trap. 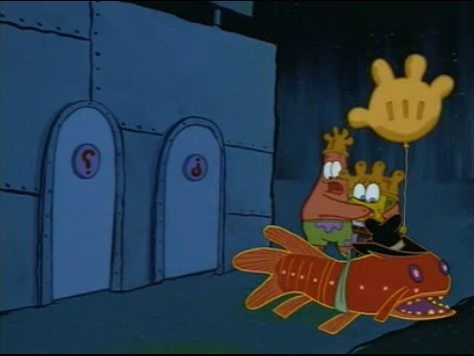