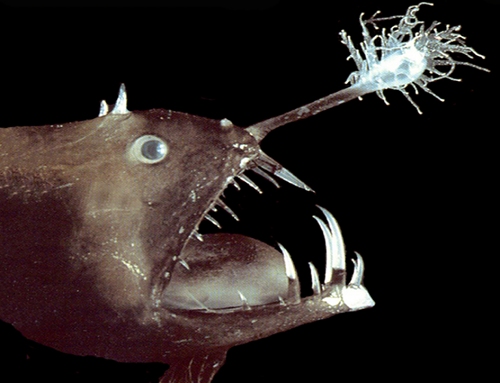 13,000 feet beneath the surface of the sea begins what is known as the Abyssopelagic or Abyssal zone, a black and icy void that the rays of our sun cannot penetrate. 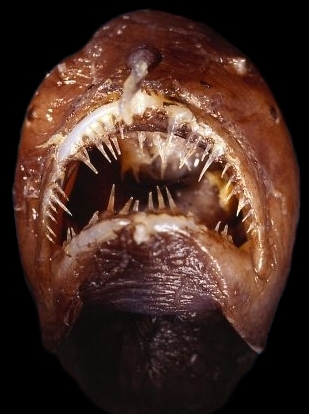 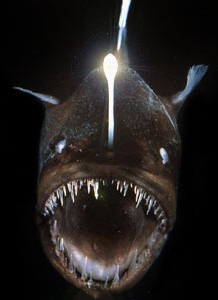 Here, the very weight of the water would implode a human body with up to 11,000 pounds of pressure, temperatures drop as low as two degrees celsius and no form of plant life can grow. In the late 1800's, naturalist Edward Forbes declared that life could not possibly exist below 540 meters - less than 2,000 feet - sparking controversy that lasted decades. 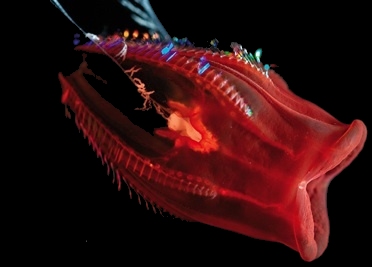 Today, we know that life is not only possible at these tremendous depths, but that it flourishes like nowhere else on Earth. Human eyes have seen less than a millionth of this alien environment, but the volume and variety of its known fauna are staggering and ever-growing. More species dwell in this freezing void than in any sunny reef or steamy jungle, and the bizarre forms they take to survive in these conditions could put many a science fiction artist to shame. You can read even more about the abyss itself - with more profanity! - in my Cracked topic page on the subject.