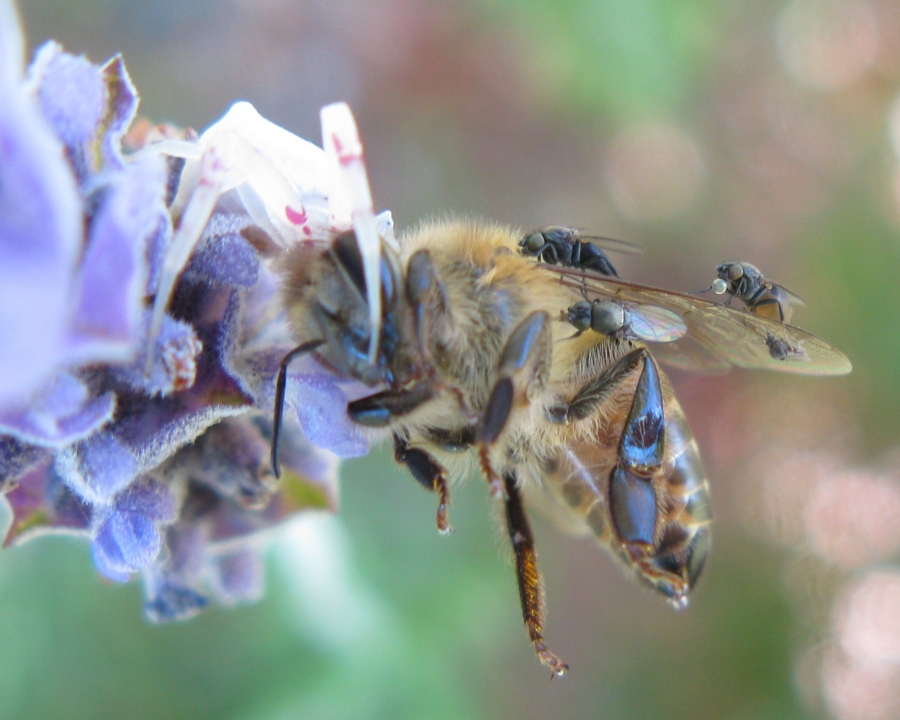 Count the species! There's a honeybee, several tiny flies, and something else in this image that may take you a moment to notice, suffice to say that bee is having a very bad day.

We all think of spiders and flies as mortal enemies, but sometimes, when a spider sinks its fangs into someone else's juicy exoskeleton, certain tiny flies of the family Milichiidae consider it a dinner bell. A spider can't possibly catch every little drop of nourishment spilling from the twitching carcass of its prey, and in only seven Flydays, we've already seen that flies apparently exist to ensure nothing goes to waste. 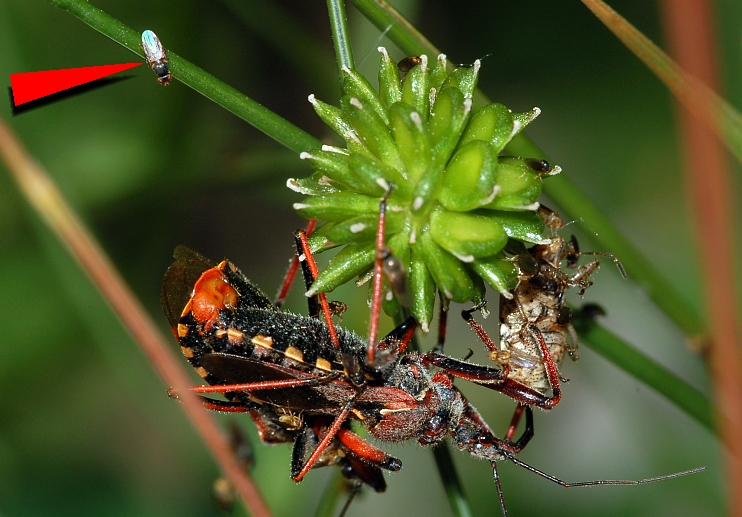 Though best known for lapping up Aranean table scraps, assassin bugs as we see here will also suffice, perhaps because they subdue prey in a similar manner to a spider, penetrating the exoskeleton and injecting the victim with a mix of paralyzing venom and digestive fluids. While it hasn't been properly studied as of yet, it's possible that this particular mix of insect blood and predator enzymes is the odor these tiny "jackals" zero in on. 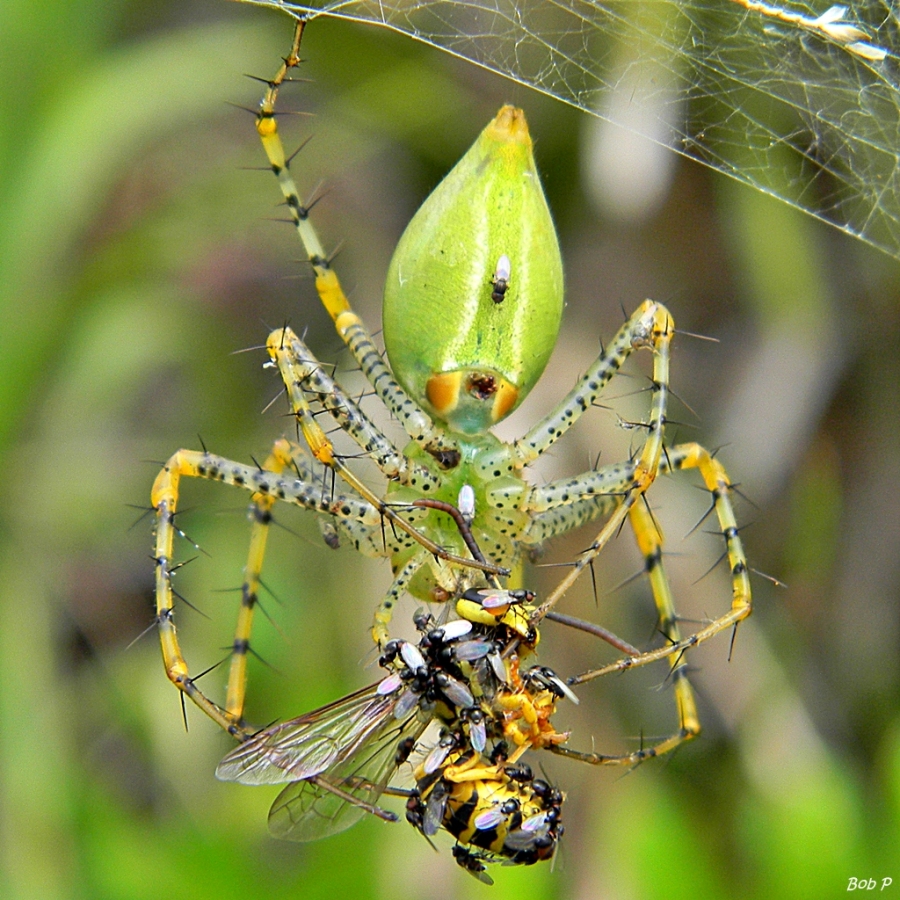 Just look at them all! Honestly, how metal is the visual of flies slurping the dissolved blood from a wasp as it's slowly devoured by a spider? And yet, it's SO magnificently colorful! Where do I get this in a poster?!

This kind of relationship is usually referred to as kleptoparasitism, which is a scientific way of saying that these flies snatch food from something else, although it doesn't seem completely fair, does it? They don't seem to take enough that the spider suffers, even when, in many cases, they continue to feed from insects wrapped up in the spider's web for safekeeping.

In fact, most spiders seem to ignore these little freeloaders entirely, and we really aren't sure how negative an impact they may have at all...though some of them strongly appear to demonstrate a positive one. 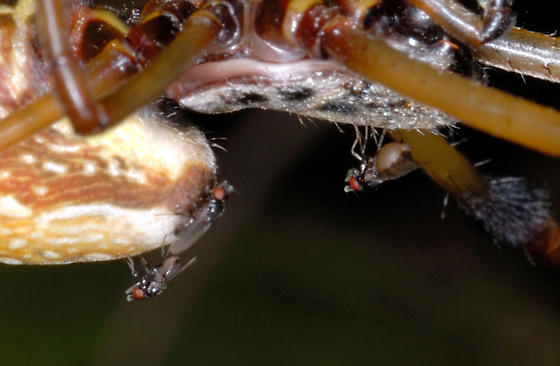 Jackal flies have often been observed hanging around directly on the bodies of spiders, licking tasty detritus from their bodies and even directly from the spider's jaws. Not only do the bigger carnivores show no effort to harm the creatures, but some spiders, including the massive golden silk orb weavers of the Nephila genus, have been observed holding still and spreading their jaws wider until the flies are satisfied. 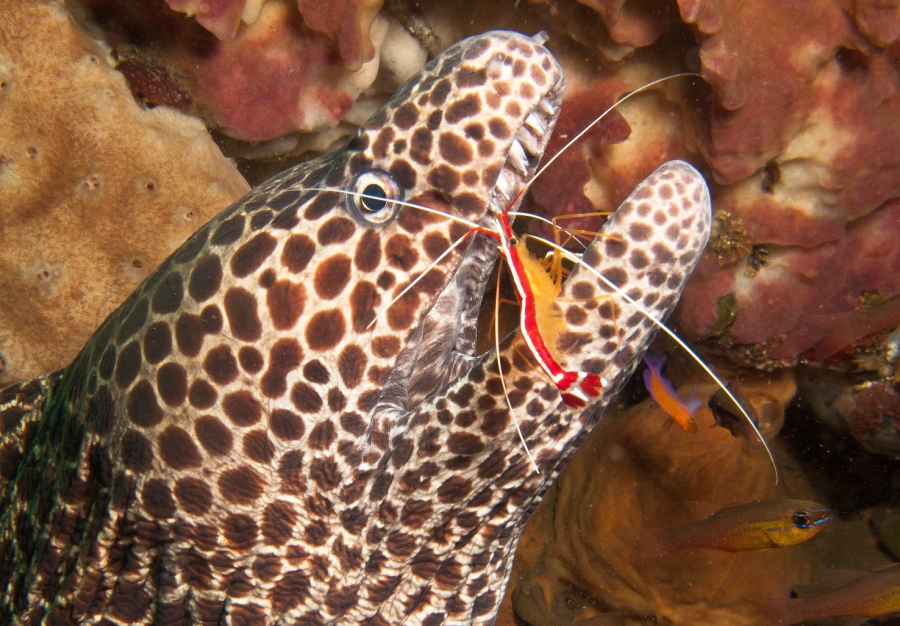 If this sounds familiar, it's the same sort of relationship observed between "cleaner shrimp" and moray eels, a predator tolerating something it would usually recognize as food, but has come to recognize as beneficial to its health. Spiders don't get cavities, as far as we know, but leftover insect blood caked around their fangs is undoubtedly a breeding ground for bacteria, fungi, and perhaps even a beacon for a spider's own predators. So, some flies are dinner, but other flies are "toothbrushes." It's a slightly less metal way of putting it, but sometimes, I think something can be both metal and adorable. 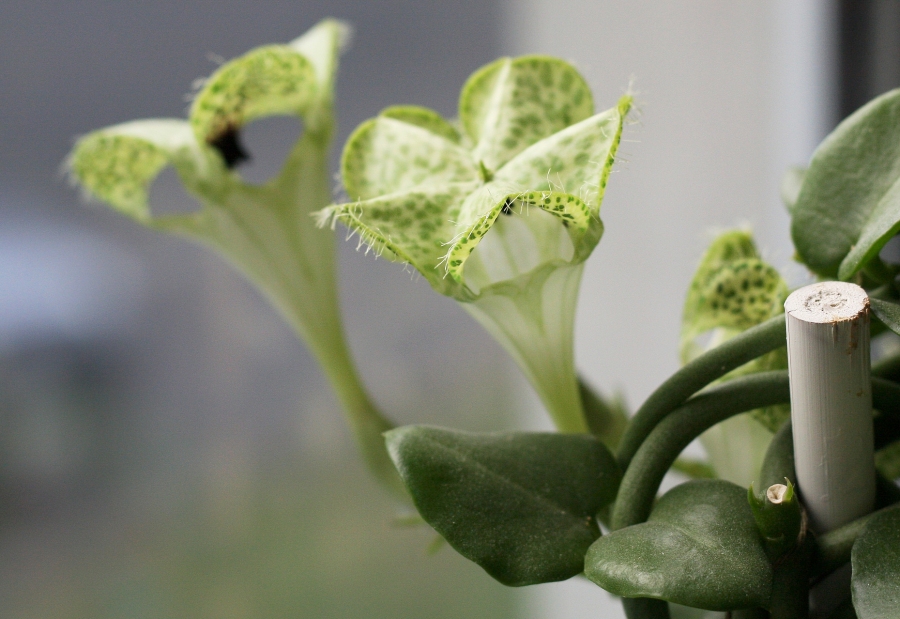 ...And because evolution really does "think" of just about everything, jackal flies are almost the sole pollinator of the bizarre South African "umbrella plant" Ceropegia sandersonii...because the flower imitates the scent of a wounded bee.