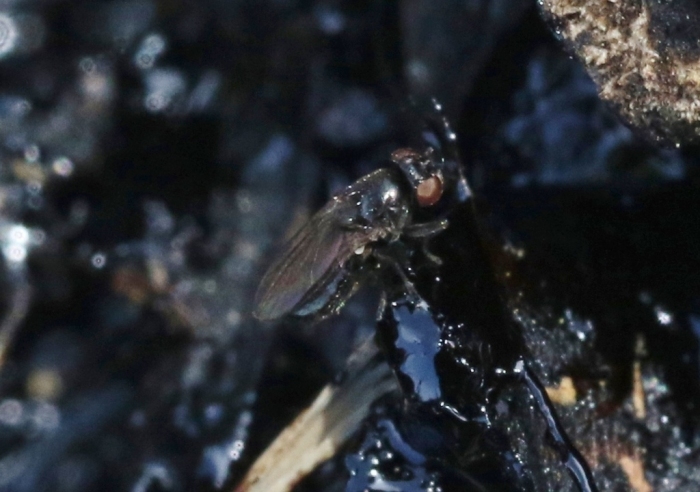 What a cute little fly we have today! But a cute little fly that has been called one of the world's "chief biological curiosities." This is, in fact, an animal with a wholly unique choice of lifestyle in all the world, and it kind of figures that would end up being a fly. If it's a weird place to live and it isn't in the ocean, you can usually bet that flies got to it first. 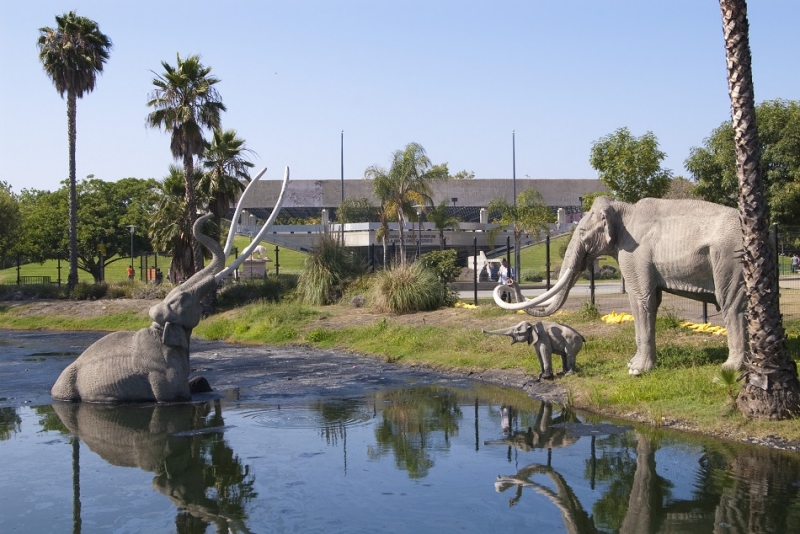 In this case, that weird place to live was first observed at the famous La Brea Tar Pits, though we now know they can be found scattered throughout the region wherever crude oil naturally bubbles up from deep within the Earth. The larval stage of petrolei is one of the only macroscopic organisms ever discovered to live directly in pools of oil, where they can even withstand temperatures of up to a hundred degrees fahrenheit. 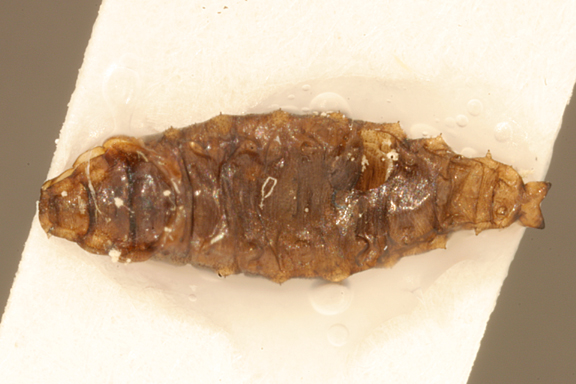 These amazing maggots spend their entire larval stage swimming "upside down," their tiny breathing tubes just barely visible to onlookers as minute pinholes that seem to scoot along the oil's surface. They will exit the oil only to pupate on blades of grass, and it's believed that eggs are laid a short distance from the pool's edge, allowing the young to make their own way home while the adults remain safely away from that hot, sticky death trap. 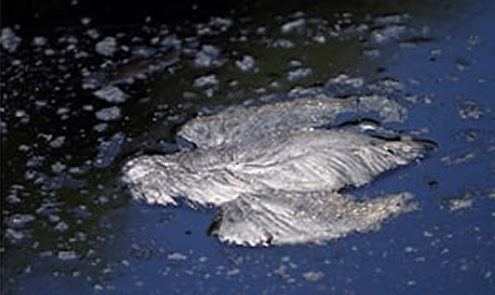 And speaking of which, this is also where our cute little fly gets a darker streak, because we all know how well most other animals fare if they so much as slip and stumble into a pool of oil, and as you can imagine, it happens quite a bit when you have gigantic, permanent oil pools bubbling and oozing in the middle of a desert for eons at a time. All sorts of organic matter ends up in these natural slicks, from larger creatures expecting a sip of water to tiny gnats blown in on the wind, and nature isn't about to let all that meat go to waste! For as strange a lifestyle as they've adopted, these maggots have the same appetite as any common blowfly larvae, having undergone such extreme adaptations all so they can capitalize on a source of food they have all to themselves...which is basically one of the biggest driving forces behind all live on our planet.