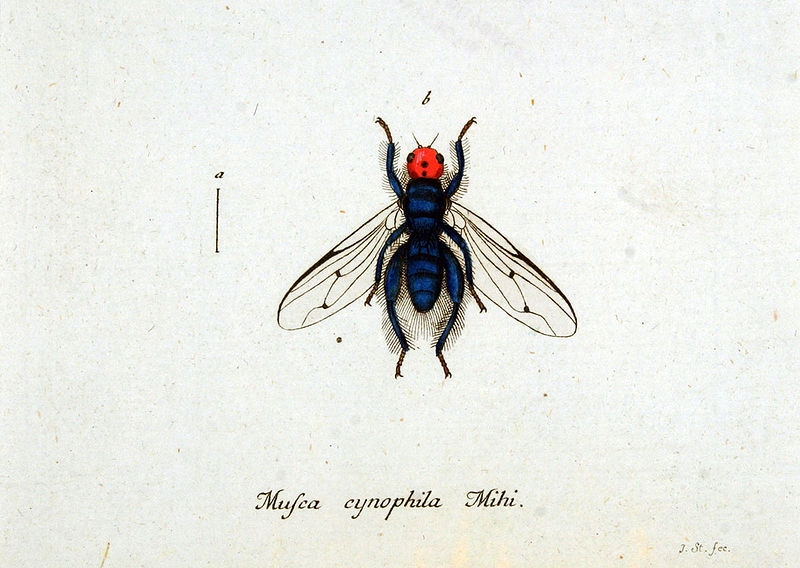 In 1798, German entomologist, botanist and physician Georg Wolfgang Franz Panzer discovered a strange looking fly on the carcass of a dog, with a beautifully intense, orange head and metallic black-blue body, which he named Musca cynophila and referred to as a "dog fly." Five years later in 1803, his fellow entomologist Johann Wilhelm Meigen took a closer look at the unusual insect and reassigned it to its own unique genus, Thyreophora, which would subsequently adopt the name bone skippers.

From there, the fly would go largely ignored by the scientific world, except perhaps those few insect collectors who noticed its increasing rarity. By 1850, reports of the fly had dwindled to zero, and it was presumed to be the first fly ever driven to extintion by humans. 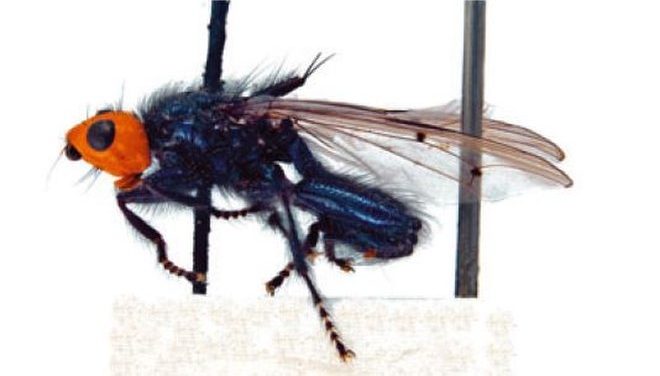 This tragic tale flipped on its head in 2009, 160 years after the insect's last sighting, when researchers studying forensic entomology in central Spain captured a fly so colorful they were certain it must have blown in from the tropics.

The entomological equivalent of finding a live dodo bird strolling around in the woods has only gotten better from there, as what was once believed to have been a single extinct species is now known to represent at least four living ones, with still more likely awaiting discovery. 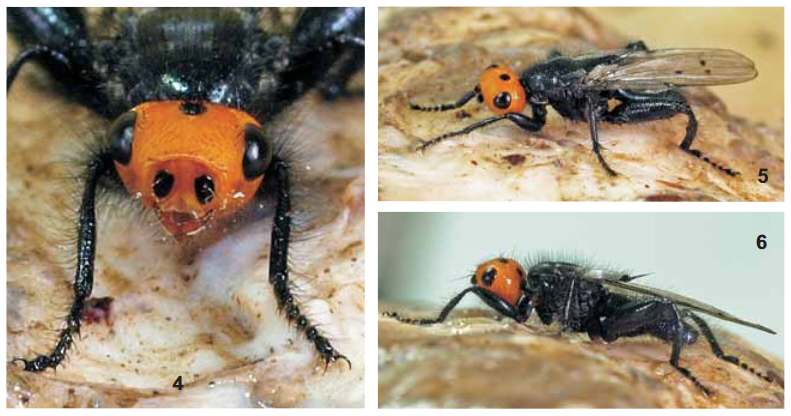 So how exactly did we just up and misplace such a conspicuous, charismatic insect for nearly two centuries?

T. cynophila is a rare example of a scavenging insect that specializes in vertebrate bones, its maggots naturally living on a strict diet of bone marrow. You may note however that bone marrow is generally locked up pretty tightly inside of bones, and that most carrion eating flies don't have any means of chewing or drilling their way through hard materials. 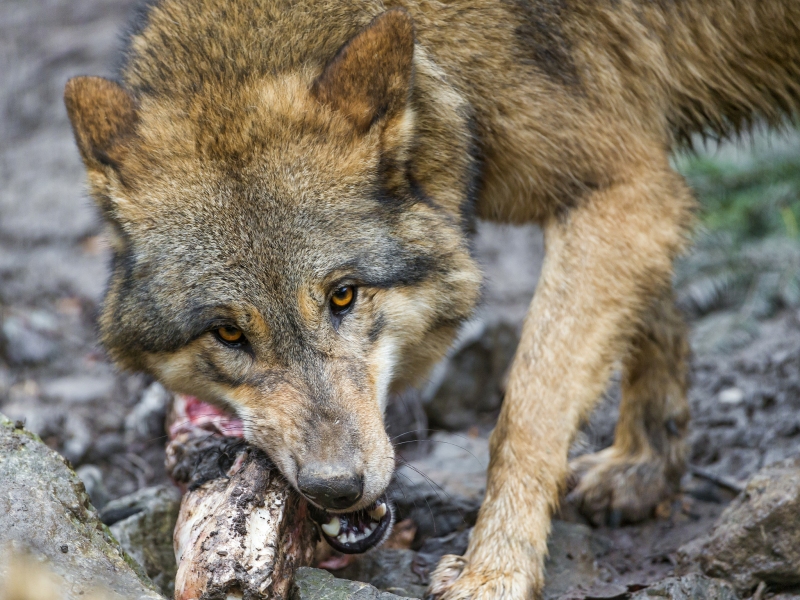 Fortunately for the fly, large predators such as wolves routinely gnaw and crack open the bones of their prey, leaving plenty of exposed marrow behind in the tiny, labyrinthine nooks and crannies of the bone's interior.

Less fortunately, humans have a poor track record for peaceful cohabitation with predatory megafauna, admittedly out of practical necessity in our early agricultural development. Though we provided the insects all the bones they could theoretically ever want in the form of sheep, cattle and swine, we also hunted wolves, bears, lynxes and other bone-crunchers to near extinction themselves, pushing them back to the remote pockets of wilderness where humans are least likely to tread, and the bone skipper's secrecy doesn't end there. 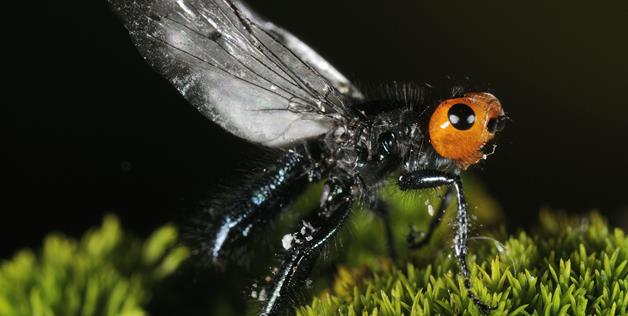 Despite a color scheme straight out of a humid rainforest or a magma level, bone skippers are among those elite few insects most comfortable in winter weather or the year-round snow of higher elevations, where their preferred food sticks around longer and the competition from other flies is at its lowest. Stranger still, it's most active in the dead of night, where conditions grow even colder and even some of the hardiest insects are frozen in their tracks.

So, the humans most likely to ever notice the bone skipper's continued existence over those two and a half centuries would have had to have been:

1) Interested in insects enough to pay them any close attention.

2) Curious about any insects they don't easily recognize.

3) Poking around where wolves have been ripping apart caribou skeletons.

4) Where it's freezing cold all the time.

The fact is, an enormous number of living organisms and their characteristics continue to go undiscovered in large part because there simple aren't enough humans both willing and able to pay them attention, and its not surprising that their rediscovery would be an unintended by-product of an unrelated study.