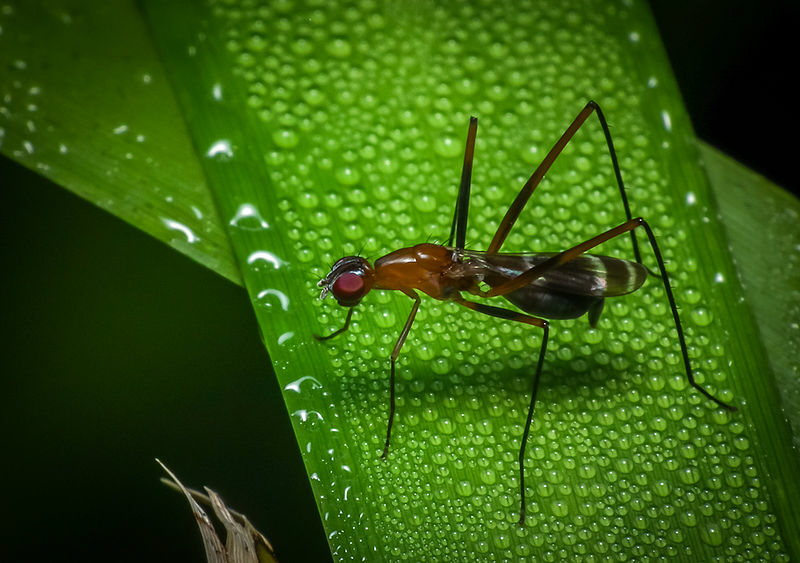 Here, we have a typical fly of the family Micropezidae, or "stilt-legged flies," with around 500 described species found virtually everywhere on Earth. Typical stilt-legged fly larvae are decomposers of rotting vegetation, while adults may be scavengers or even insect predators. Not generally unusual enough, as far as flies go, to really warrant an entry of their own here, but we now have some context for today's subject. 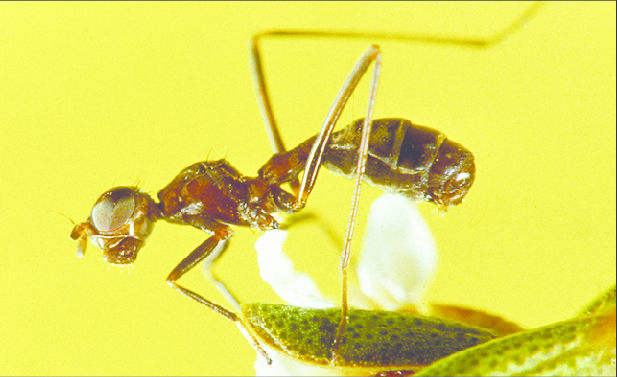 Badisis ambulans is a stilt legged fly that has completely lost its wings and halteres, much like the parasites we discussed two weeks ago. In fact, the vast majority of flightless Diptera are symbiotes of one kind or another on other, larger animals, and have usually also lost much of their eyesight or even much mobility on the ground. Not so for ambulans with its large, well-developed eyes, impressive land speed and a life cycle associated entirely with plant life.

Why discard wings at all, if this fly still lives such a free and active adult lifestyle? It's difficult to say, but it could be a part of its adaptation towards ant mimicry, including much shorter forelegs than other Micropezidae, more ant-like coloration and even similar movements to the real deal. Not many predators want to mess with ants, who tend to be aggressive, frequently foul-tasting, and backed by hundreds to thousands of highly protective sisters. It's likely that ambulans evolved to look just enough like an ant that flight, a biologically expensive process, simply didn't matter as a defensive mechanism anymore...though it seems as though functional wings would have still been an advantage to their finicky life cycle. 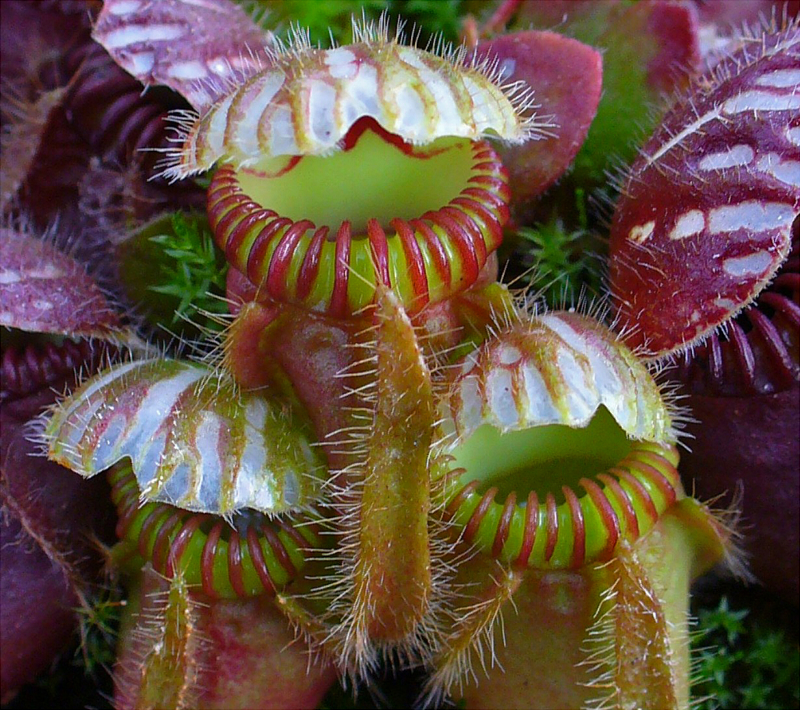 This is the carnivorous plant, Cephalotus follicularis, the only species in a genus taxonomically closer to an apple tree than to other "pitcher plants," and endemic only to sandy peat swamps or river banks in one relatively tiny corner of Southwest Australia. Of course this evolutionary misfit is Australian!

Like other pitcher-style traps, it drowns and digests almost any tiny insect or arachnid that slips into its stomach-like leaves, its many hairs and ribs adapted to make entry far easier than escape - like sticking your finger into the straw hole of a plastic drink lid.

So what do these bizarre plants have to do with our false ants? 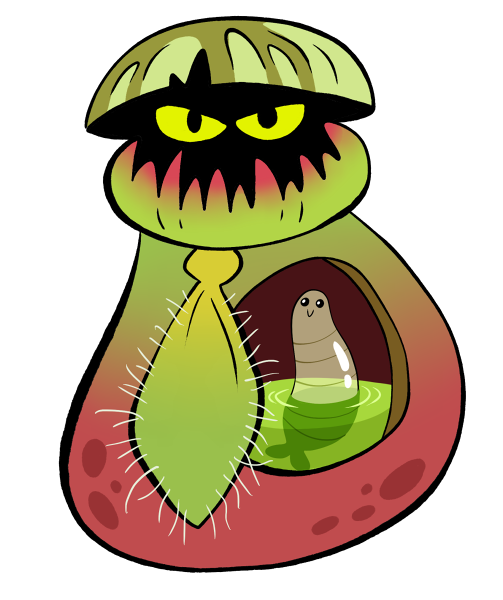 There are no legally usable photographs of B. ambulans larvae in what is believed to be their only natural habitat, so here is my highly scientific illustration. All known larvae have only ever been collected from within the traps of Cephalotus, and it's likely that they're adapted to no other environment on Earth, uniquely resistant to the particular digestive enzymes of this single, wildly unusual insectivore. It's certainly the last place anything would go looking for a tasty little maggot, that's for sure, and with no other known symbionts of Cephalotus, they've got this rare nursery all to themselves.

The question remains, however, whether the plant itself gets anything out of this arrangement. Are they beneficial mutualistic symbiotes, tapeworm-like parasitic symbiotes, or are they mere commensal symbiotes, causing neither particular harm nor advantage to the host?

A meticulous study was actually conducted on these organisms back in 2016, but results were surprisingly inconclusive. Some plants appeared to thrive with maggots in their gullets, while others seemed to weaken and produce far fewer traps. It's possible, then, that the impact of the fly on the pitcher is purely circumstantial, varying accordingly with how many nutrients are available to go around. 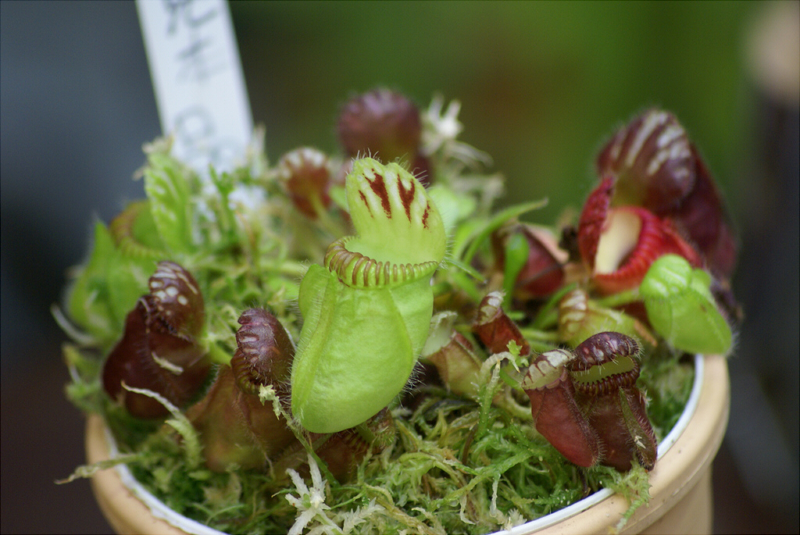 Cephalotus are tiny, ecologically sensitive, and sparsely populated in their natural range, their preferred conditions sometimes isolated for miles in every direction. Why would an insect dependent upon such scattered, specialized breeding conditions still lose its ability to fly from one habitat to the next? Adults are even frequently collected under conditions where the plant rarely if ever takes root, implying that the ant-mimics go hiking for relatively staggering distances.

Sadly, Cephalotus in the wild are a threatened species in slow but certain decline, and with them a creature unlike any other known to man from even its immediate family. We can even consider this walking fly in far greater danger than its hosts, because Cephalotus at least enjoys a stable, global captive population in the horticultural hobby...but nobody, apparently, has seen fit to collect and breed their one-of-a-kind symbiotes alongside them.