As we trudge through the Diptera week after week, we are going to see a lot of bizarre and frightening parasites. Even our second-ever entry was about bloodsuckers! Every Flyday the 13th, however, we'll be going over one of the most grotesque and horrific flies of all, and we're not going to hold back on any of the gruesome details, so you might want to skip this one - or read it with an image blocker - if you're sensitive to animal death, animal suffering, animal gore, animal decay, or a combination of all four of these things. 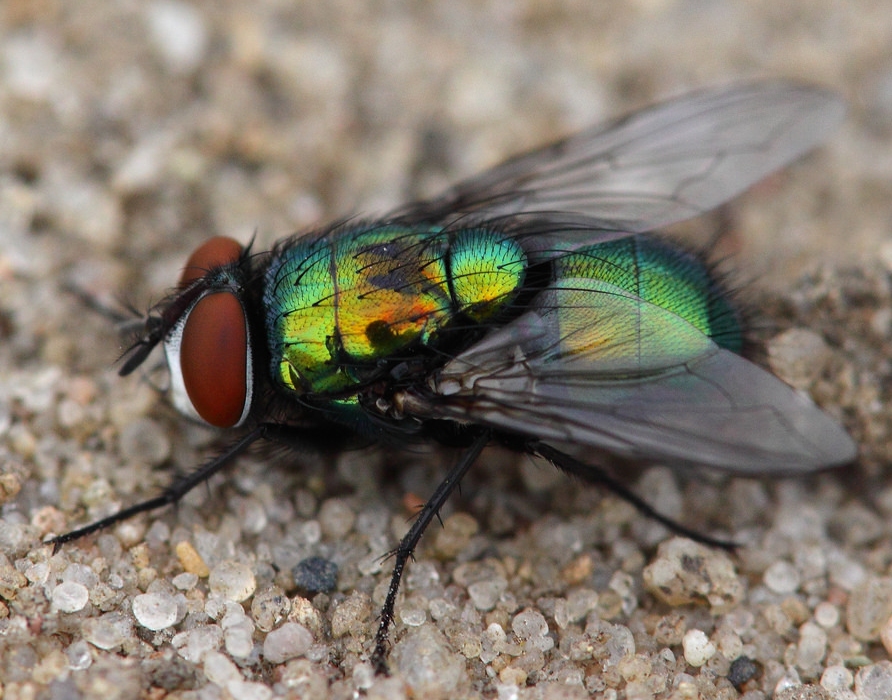 This is an ordinary "greenbottle" fly, probably Lucilia sericata. It's one of the most common flies you might find innocently buzzing around garbage, roadkill or dog droppings. It can pick up an awful lot of noxious microorganisms in its daily filth-wallowing, but it's otherwise harmless to just about everything. 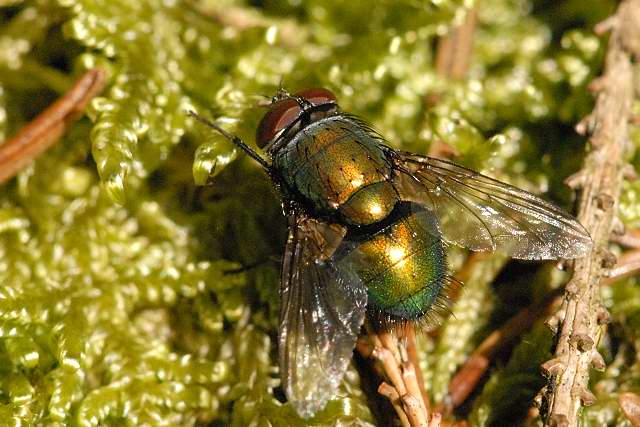 This is one of our greenbottle's many near-identical sibling species, Lucilia bufonivora. Can you tell the difference? No? It's difficult enough that it honestly can't even be all that certain this is a photo of the right fly...exactly what bufonivora counts on for its unique lifestyle. 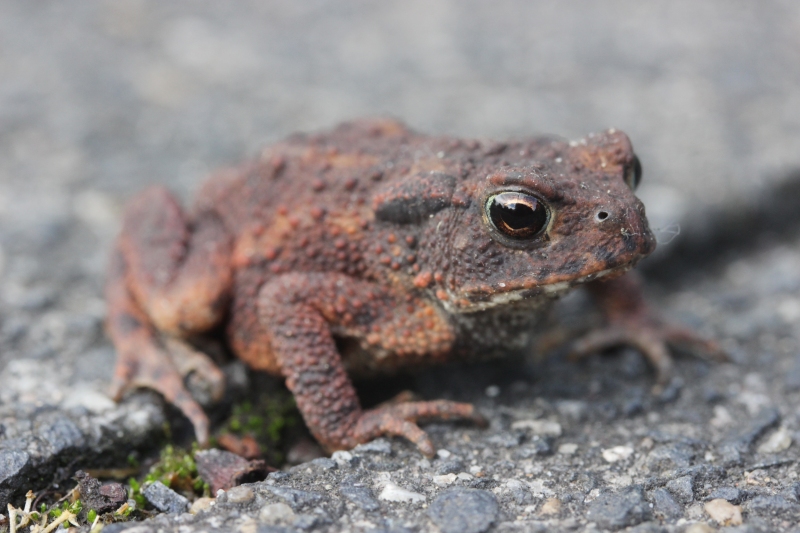 ...And this is a common toad. Genus Bufo, which means "toad," species bufo, which also means "toad." Bufo bufo, or Toad toad. The toadliest of toads.

Have you connected, yet, what a fly called "bufonivora" might do? 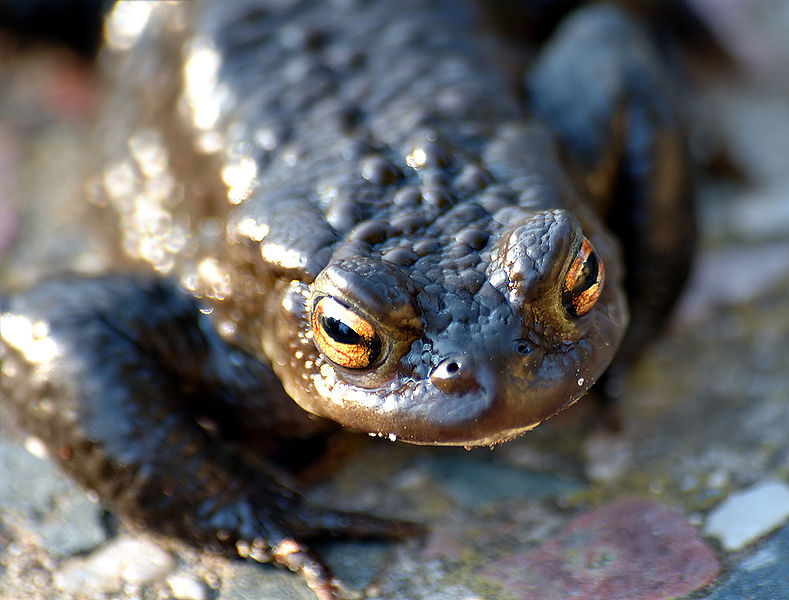 This is the last thing any other fly would ever want to see, and for tens of millions of flies each and every day, it is. The female bufonivora, however, boldly marches straight up to the face of death itself, avoiding the great beast's hungry tongue to land right between the enemy's eyes, scurrying down to the toad's snout where she will quickly deposit her eggs and make her getaway. 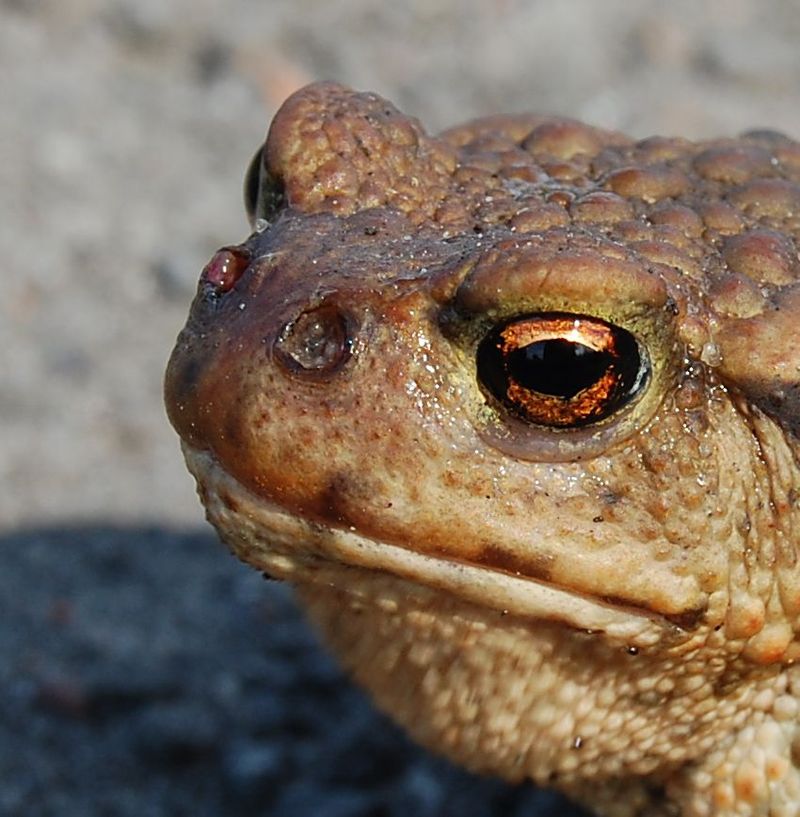 Our toad will go about its usual toadly business from there, never thinking twice about that seemingly suicidal insect as it gobbles up hundreds of her distant cousins and other tasty arthropods, completely unaware that the tables are already turning. If you've made it this far and you've never read anything else I've had to say about this species, this is your last warning that this toad's problems are about to escalate fast. 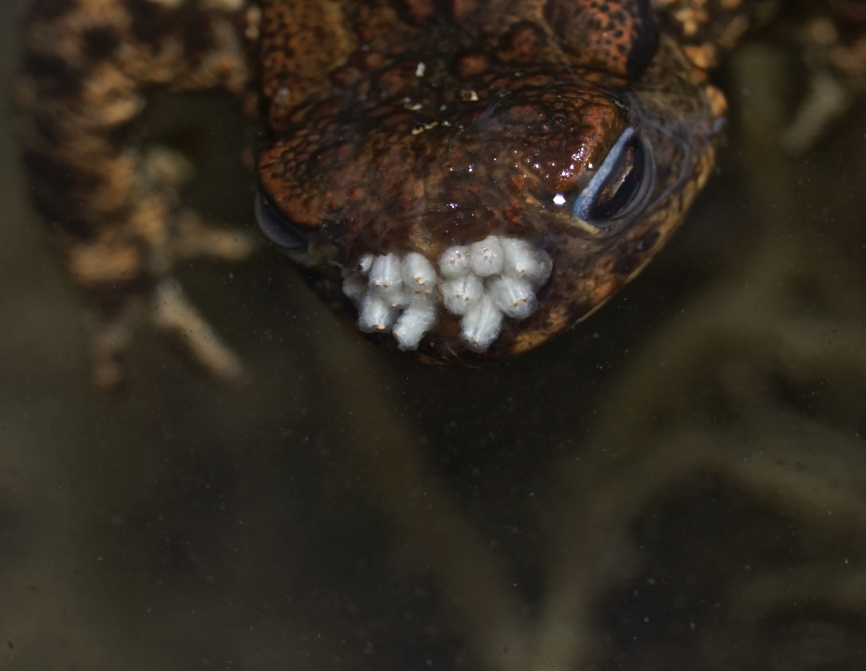 Bufonivora's babies are really just like any other blowfly maggots. In fact, any other blowly maggots could probably just as easily thrive in a toad's sinus cavities if they ever somehow wound up there, and bufonivora's larvae can survive in any ordinary rotting carcass if she can't find a suitable amphibian in time. That might just be the most beautiful and insidious part of this creature; it differs from its fellow greenbottles exclusively in the unusual behavior it has picked up. It boasts no unique physical adaptations for a parasitic lifestyle, and can even get by without one, but it evolved an instinct to seek out an exceptionally risky breeding ground whenever the opportunity arises...a risk that pays off magnificently well in the long run. 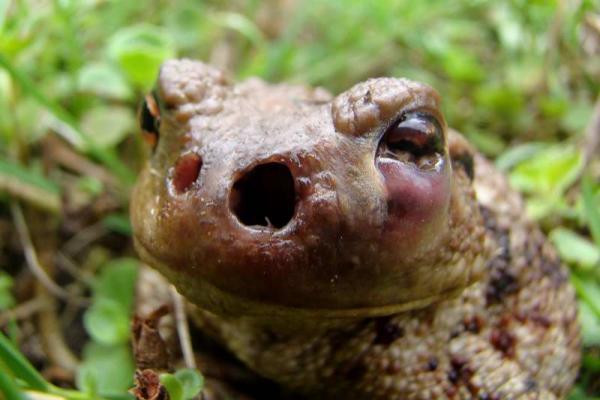 Despite having evolved to feed primarily on insects, there is nothing a toad can do about insects willfully inside its head. It's not something that insects have done often enough to warrant any special precaution, which is of course the whole idea here. Bufonivora, and just about all other parasitic lifeforms, risks life and limb like this so that its children can (literally) carve out a niche for themselves with absolutely no competition. Not from any other flies, and not from any of the myriad wasps, beetles, spiders, lizards and small birds that would love to make a meal of a soft, juicy maggot.

The toad, naturally, does not live a whole lot longer. Within only a couple more days, the maggots consume enough of its cranial tissues that it dies, often still standing in place, and like a grisly scarecrow, its body is likely still given a wide berth by other insects until the safe and appetizing smell of decomposition finally sets in, by which time bufonivora are already pupating and leaving. 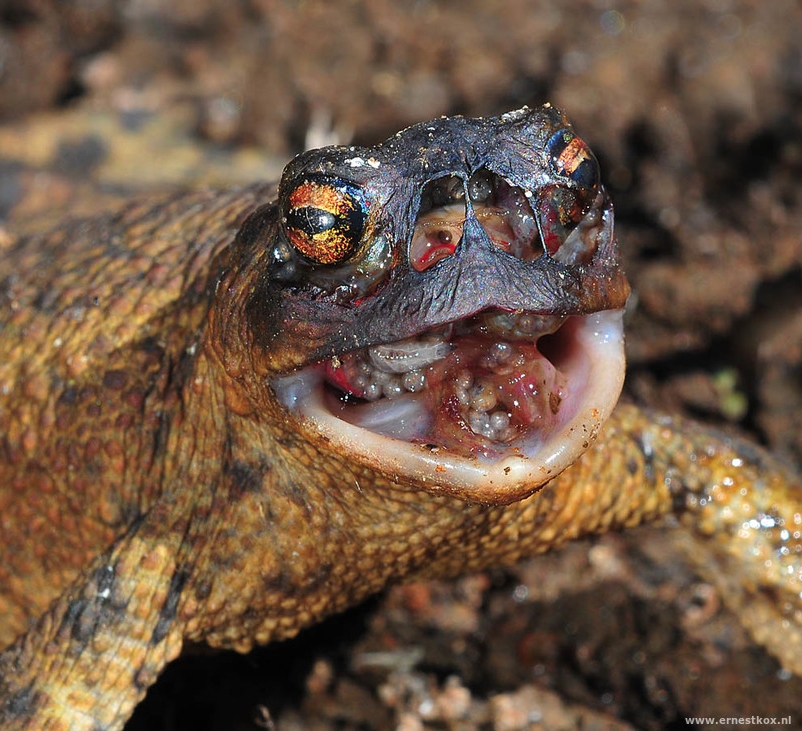 Images like these might be viscerally horrifying, but you know what else is horrifying? Slowly digesting in the stomach of a toad. You either live or die in nature, and turning one of your ultimate predators into a mobile, self-defending nursery might be one of the most impressive ways just about anything has figured out the "live" option. Bufonivora is just evening the playing field, unknowingly avenging her less crafty fellow Lucilia. She hunts down the insect world's equivalent to a dragon and she ties her babies to it for safe keeping.

...Which doesn't mean you can't still feel bad for that dragon, but personally, I'm still just SO impressed that a fly exists specifically to kill and eat a toad.

And if you've made it this far, congratulations. You can either stomach quite a bit or your morbid curiosity is slightly more powerful than said stomach. Try some of these on for size, tough guy!

FUN GAME: find both of this toad's eyeballs. 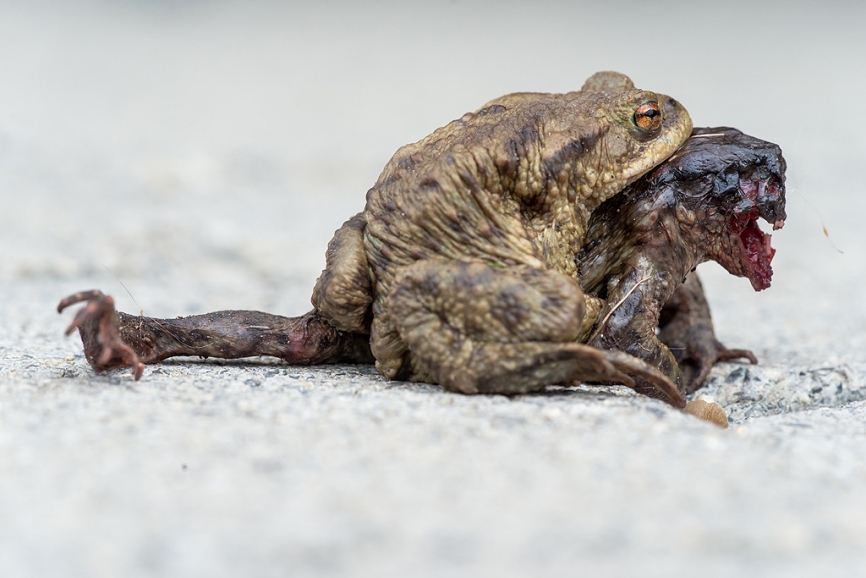 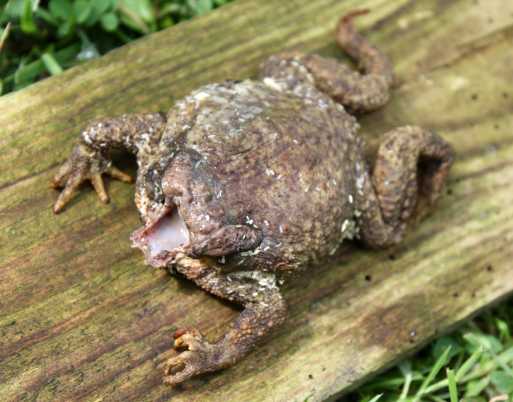 Jeez toad it isn't anything to lose your head over.