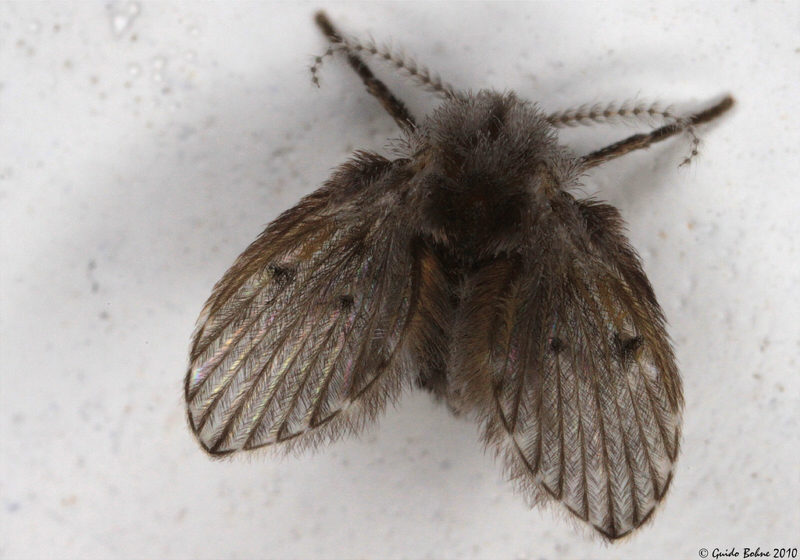 With their compact little bodies, heart-shaped pair of wings and liberal coating of fluff, it's easy to see why so many members of the Psychodidae are referred to as "moth flies," though they have also been known as drain flies, sink flies, and even sewer gnats, especially the aptly-named genus Clogmia. Personally, I like "sewer gnat." I've always loved the idea of living things adapting to our subterranean septic systems, and these wannabe moths have taken to that ripe environment like virtually nothing else. Originally adapted to warm, dirty puddles in moist tropical forests, the fluffballs have found man-made plumbing to be equally hospitable, and have subsequently spread to almost every corner of the globe. 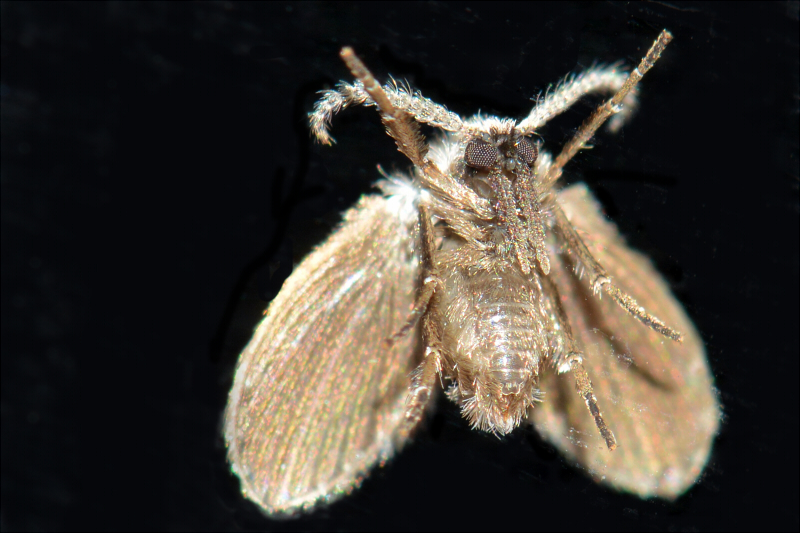 Adult sewer gnats, at least in most species, don't feed at all and live for only a couple of weeks, during which time they will mate only once and seldom move from one spot until absolutely necessary, spending most of their existence standing head-up on any vertical surface for hours or days straight. When they actually do bother to fly, they do so pretty slowly, and are easily blown off course by the slightest draft. There almost couldn't possibly be a more harmless insect. 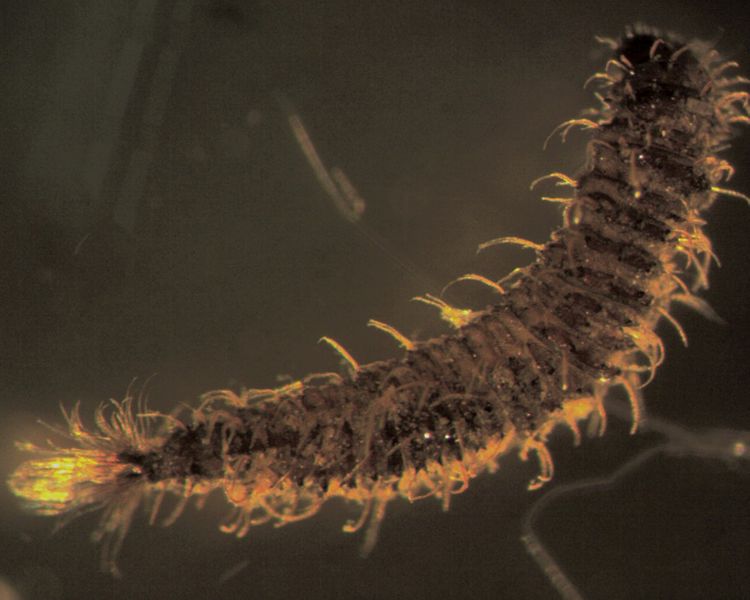 As larvae, sewer gnats subsist on almost any decomposing, organic material they find in water, but lack gills and must breathe at the water's surface through their snorkel-like tails. It's easy for the clumsy worms to actually drown in larger bodies of water, and their most ideal spawing grounds are thin, wet films of edible matter...such as the gunk that builds up inside a dirty sink drain.

Even the drain in your own shower might play host to dozens of these little creatures as we speak, but you may never notice the ocassional adult hanging out on your bathroom walls. As they feast on the mush clogging your pipes and are not known to bite or spread disease of any kind, sewer gnats are almost one of the least deserving creatures to be so often categorized as a "pest." I say "almost" the least deserving, because while usually unintrusive, there have been at least a couple documented cases in which moth flies mistakenly laid their eggs in people. In 1966, an older woman's sinuses were found to be hosting an ongoing population of the insects along with a lovely fungal infection, and it's hard to say which came first. Of course, the larvae aren't exactly flesh eaters, so it's likely they were only feeding on mucus and fungus. Who knows...maybe they were even keeping things from getting worse in there?

In another incident, a 21 year old Taiwanese man complained of flu-like stomach cramps, nausea, and an irritated anus. Suspecting pinworm, doctors administered antiparasitic medication and were surprised to instead find Clogmia larvae in the patient's feces. It's believed that the patient must have swallowed drain fly eggs in contaminated food, and that they somehow survived the digestive process to develop in the lower intestine.

Finally, there's the case of the 69 year old woman who passed an entire live larva in her urine, but we still don't really know how that happened. In any case, drain flies are actually among the many flies whose larvae can survive in a human body, but generally only end up there by freak accident and cause little to no known damage. It's quite a different story from drain flies of the genus Phlebotomus, and you should know what they're about between the name and the photograph. Like mosquitoes, it's only the females of these balder, spindlier moth flies that feed on blood, utilizing the proteins to produce large clutches of eggs. Some species prefer to reproduce in moist sand and soil, earning them the nickname "sand flies," while others reproduce in caves and prey on sleeping bats. These are just as capable of colonizing a human home as their more innocent cousins, but fortunately pickier and more sensitive to temperature, only rarely causing indoor infestations for very long.

Personally, I've only ever lived in homes with the regular kind of sewage gnat, and only to where you might find one or two of them at a given time, resting peacefully on the shower curtain or toilet tank and minding their own business. A few tiny, flying soot balls in a bathroom hardly constitute a "pest problem" most people should be worried about, and if you happen to see one, I think you should if anything be glad to share your space with nature's tiny plumbing fairies.