Am I right!? Look at that weirdly perfect little comb! Just the thing for clinging extra, extra tight to cocea's unusual habitat: 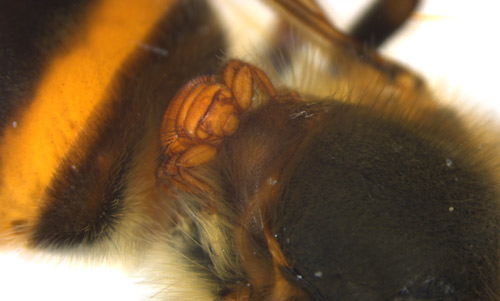 Braula flies are also known as "bee lice," because they spend their entire adult lives riding around on the bodies of honeybees, hooked into their bristles with those densely toothed feet of theirs. This explains why they've lost all need for wings of their own, since they already live on flying insects and can easily spread to every new hive a host colony establishes. In older posts, I've likened this relationship to having a tiny, nasty little monkey literally living on your back that you can never shake off, and that's just the start of how obnoxious these little gremlins get. 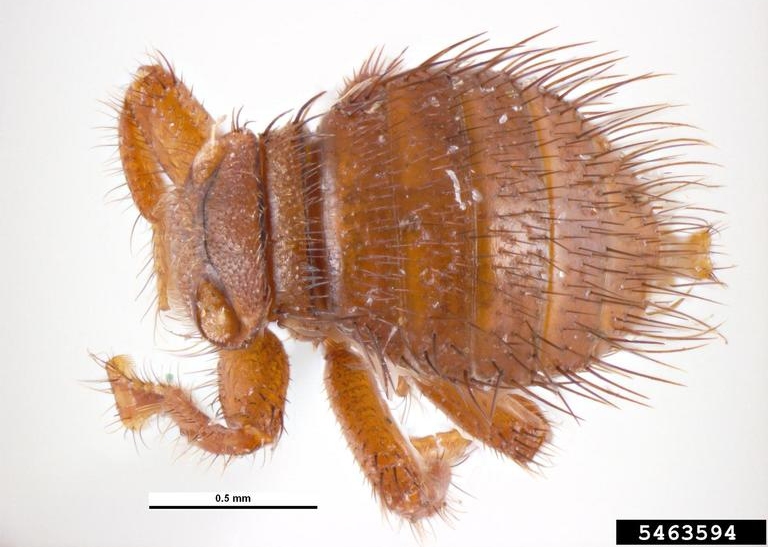 Bee louse larvae are nearly microscopic maggots that feed on meaningless amounts of pollen, honey and other residue in the beehive, but adults live a lifestyle similar to the ant muggers we reviewed a few weeks ago, taking their food directly out of the mouths of their hosts. While we're not sure that's really all the ant muggers ever eat, we do know that Braula feed exclusively on bee barf, so they have at least one thing in common with Winnie the Pooh, if Pooh lived in one giant bee and just sucked honey out of its stomach.

You know he would if he could. 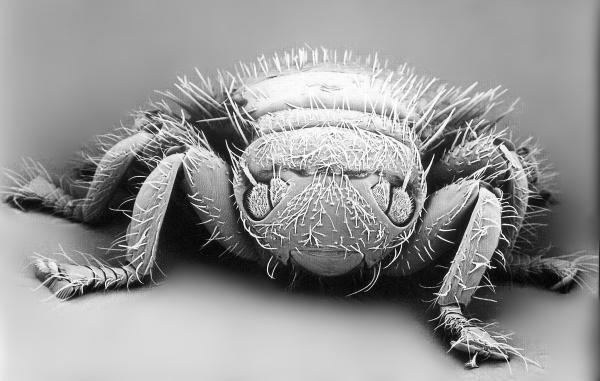 Bees regurgitate food often enough that bee lice usually need only patience to feed themselves, clambering down the bee's face to steal a bite whenever it shares nectar with a fellow bee or begins making honey, but it does seem that they know how to induce regurgitation as well, tickling the bee's mouth to trigger regurgitation by force. No evidence suggests that they pose a significant danger to a beehive, which already tends to gather more food than it needs, but a single bee may sometimes carry a dozen or more of the little sneaks, and they seem to have a particular preference for queens. Under some circumstances, it's likely that they can at least marginally weaken a queen and in turn the survival rate of the entire hive...and either way, it's got to be one of the most annoying things a parasite has ever conceivably evolved to do.

At least a tapeworm has the decency to hide inside your guts. At least it doesn't coil up on your head, reach in your mouth and set off your gag reflex every time it's hungry.