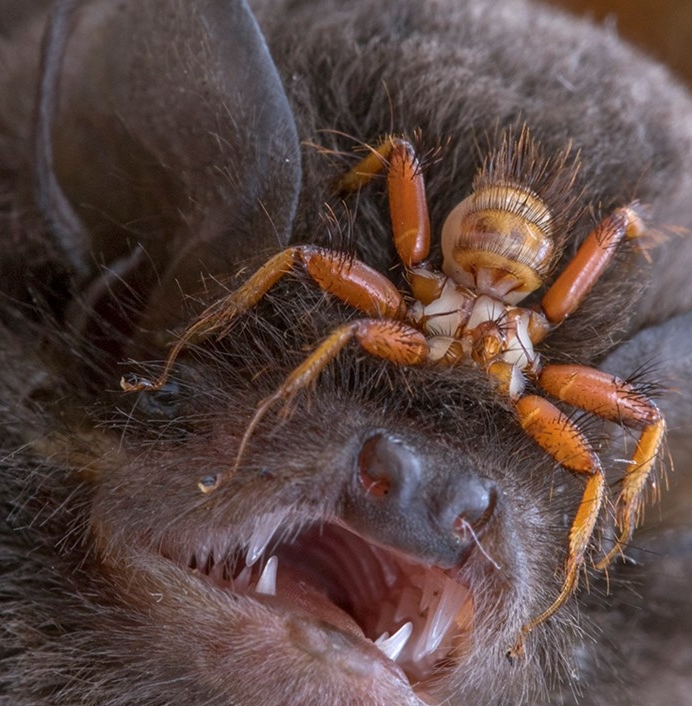 Not too long ago, this amazing image by naturalist Piotr Naskrecki went viral around the internet as a "real life facehugger," even described by some articles as a parasite "that attaches to bat's faces."

As usual, clickbait media is a little misleading, and offers only part of the real story. The Nycteribiidae or "bat flies" are a family of Hippoboscids or "louse flies" like the sheep keds I've discussed before, but as their name implies, they specialize in feeding on the blood of bats. 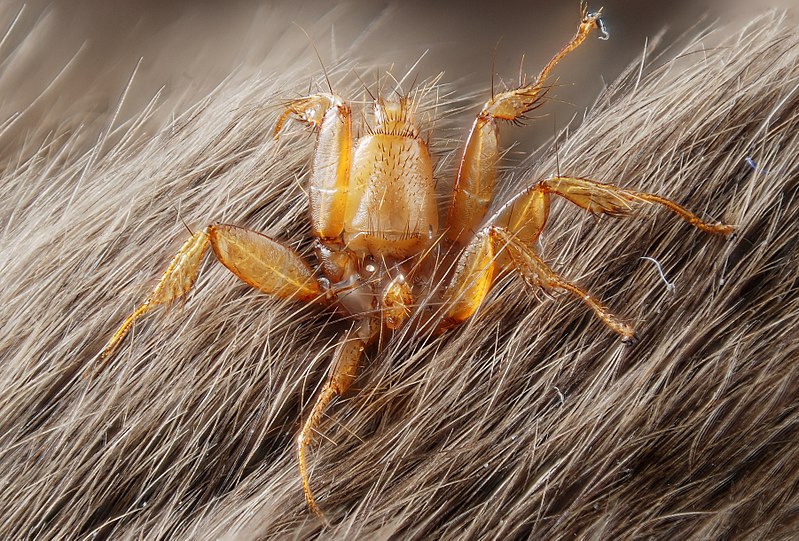 Obviously, a bat is one of the most dangerous places an insect could ever possibly hang out, but like we've seen before, that's just what makes them such desirable real estate.

Bat flies do not particularly "attach to the faces" of their hosts, but will cling to them wherever they can get a foothold, which isn't all that difficult when you have such long legs covered in so many tiny barbs and bristles, making these flies look almost more like spiders - though I've heard that they walk more like crabs, scuttling sideways more easily than they can move forward or backward. Unlike many other "louse fly" groups, there are no Nycteribiids with even partially functional wings; you just don't need to waste all that energy growing and using wings when your own food source does the flying for you. 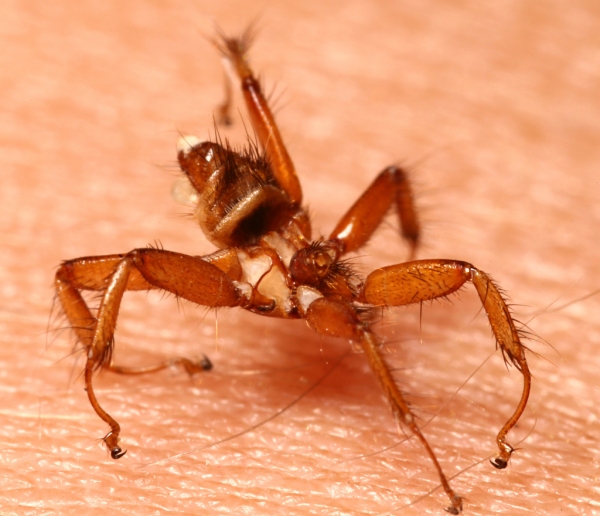 Every known species of bat fly is also completely wingless, and most of them have reduced or entirely absent eyes, as well, sometimes only a pair of simple light-sensing eye spots. Eyesight and flight simply aren't that important to a creature that spends so much of its time clinging to a nocturnal animal that does all the flying for it. 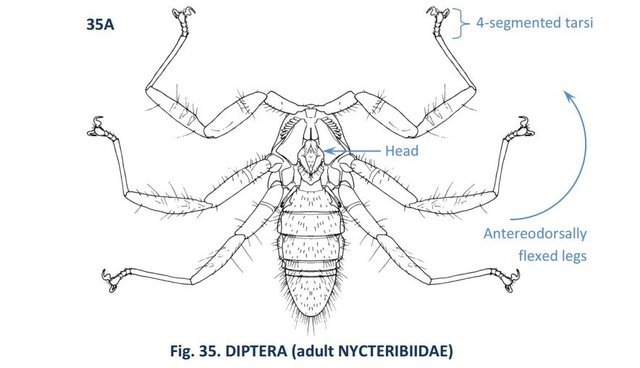 It's quite possible that you've also had the same question many other people have when they first see these creatures: where exactly are their heads? Unlike virtually any other insect, the head is situated so high up the thorax that it's practically directly on top of the body. It's also very small in comparison to the rest of the body, and the eyes are reduced or almost absent. This forces the insect to not only bend its head downward, but even tip its whole body down to feed on its host, and I can't seem to find anybody anywhere who knows why the group would have stuck with an arrangement that seems so clumsy.

Perhaps the most surprising thing about these insects isn't just that they're long-legged, wingless flies who live entirely alongside bats, but that they're not the only ones. All of these characteristics have arisen in other fly groups independently of these bloodsuckers, and we're going to talk about one of them in depth in our very next flyday.