The Sad Tale of
"THOSE TRICK"

Many of you were present when this went down. A bunch of you even paid good money to help me realize a dream, and a couple of you are still owed rewards. I lost your addresses when we had to move. Please let me know who you are. It was ultimately all a bust, but a bust I want to make the most of, and a bust that deserves at least a brief mention here amongst the Halloween hijinks.

Now, I'm going to pretend that, for some reason, this is the very first page of Bogleech ever being read by someone out there, so for that someone, let me list off some of the things I'm totally all about:

Drawing my own monsters.

In the spring of 2015, these four things would unexpectedly come together.... 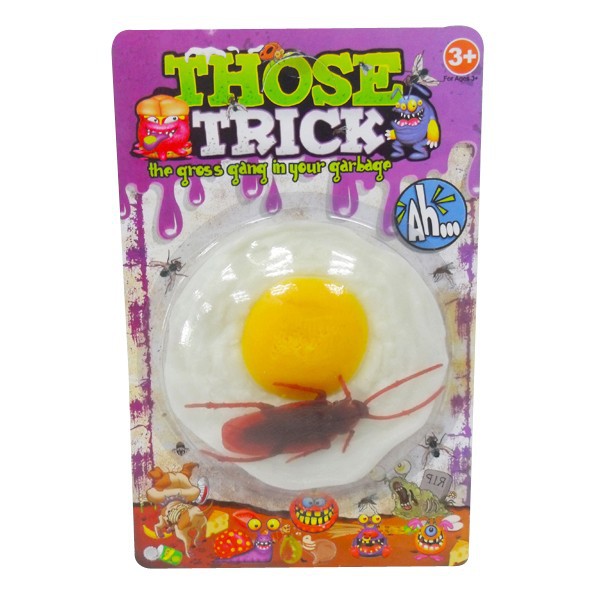 I was browsing Alibaba one day, plugging in haphazardly chosen search terms that might bring up anything interesting - like monster and cockroach - when this little gem happened to catch my eye. The fake fried egg with a fake cockroach on it isn't the most remarkable or unusual item, no, but even in a tiny thumbnail, its attempts to cash in on The Trash Pack jumped out at me. 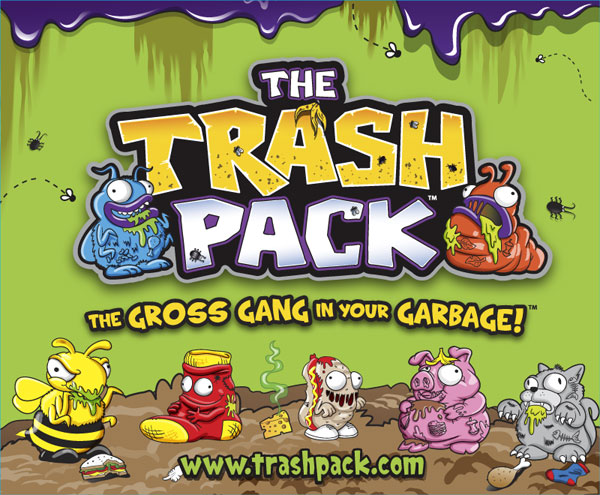 As you an see, the legitimate "Trash Pack" logo is carefully imitated by "Those Trick," a charmingly awkward name that still communicates what this product is supposed to be about. Miraculously but perhaps disappointingly, they managed to lift the tagline without mangling it in the slightest. 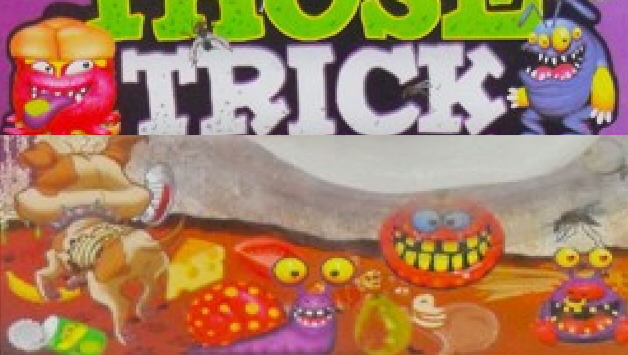 Pseudo-trashies have also been included here, and they're quite interesting, since they're fairly close to the Trash Pack style but they're all wholly original characters. I actually like a few of them much more than their official Moose Toys counterparts, the four-eyed cockroach especially. Along with the rotting dog, these all had to be lifted from stock art by at least a couple different artists, but I have no idea where any of them originate. 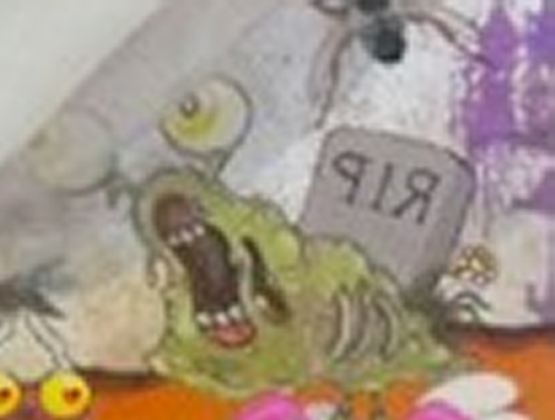 I'd already been gawking enthusiastically at the stock-art bugs and snails for at least a few moments before this even actually clicked in my head. Here amongst these wannabe Trashies on a cheap, rubber cockroach prank was my artwork, a monster I designed some thirteen years ago and called Escarghoul, because that's my level of comedy. As an active fan of generic, knock-off toys and novelties with entirely unrelated, stolen graphics all over them, it goes without saying I couldn't have been more delighted by this turn of events. Had it been genuine "theft" of my work by a successful, primarily English-speaking company, that might have been a different story, but products like Those Trick and this here Super Change Evil Eradicator are hastily Frankensteined together by criminally underpaid, overworked Chinese or Korean laborers with a limited understanding of the English products they're imitating, the results of which are sometimes hilariously inappropriate.

There was no malice, deception or conscious thievery in this use of my artwork; only naivete, and for one brief moment, it felt like I was gazing upon my entire life's destiny. This was it. This was why I bothered doing anything I do. I was put on this planet to draw a snail that somebody would steal for a poorly translated Chinese bug toy. Unfortunately, this is where our marvelous adventure falls apart, and our article cut short. Naturally, I immediately sent the manufacturer of this fine product an inquiry, and I was told that it was sold by the crate - a minimum order of about 1,000 pieces for over $200. Not having that kind of money to spend on fake bugs, I anguished over it for a couple months before finally resorting to a Gofundme campaign, promising that every donation would get a "THOSE TRICK" of their very own, with my rare and valuable signature, plus additional gifts.

Only after actually amassing this money was I given the Bad News #1, that the shipping would be an additional whopping $200.

...And only after the campaign went well over that mark did I get Bad News #2...

All along, "Those Trick" had been a hypothetical product; a placeholder image representing something ready to be mass-produced if a distributor felt like ordering a large enough supply to justify the manufacturing costs, that supply being exactly three times what they originally promised I could purchase.

Not willing to ask for almost a thousand bucks and even less willing to spend that much money on something that I can't either eat or live in, my dream of owning my very own bootleg trash fluttered away...at least for the time being. Nobody asked me for a refund, but donators received some original artwork as compensation - except for at least two or three whose information I misplaced and are still owed something, so here's hoping they're reading this.

The plus side is that the money can still go into goofy nonsense and help make this year's Halloween bananza run smoothly, seeing as I don't have a day job and a series of faculty fuck-ups are probably barring me from college this semester.

The downside is I was still really looking forward to having too many "Those Trick." Once I accepted help, the prospect of being stuck with 900 of them sounded better and better. I could have sold them, of course, like you're supposed to, but I also could have bordered a bedroom with them. I could have glued a bunch together into a small fort or a tasteful chandelier. I could have stitched together a suit out of them. I could have handed them out as business cards or I could have just left them ominously at each of my crime scenes, tormenting my arch nemesis with a bunch of complete nonsense, totally keeping that giant tool up at night wondering what "THOSE TRICK" are supposed to mean. Nimrod!

Better luck next time, I guess.