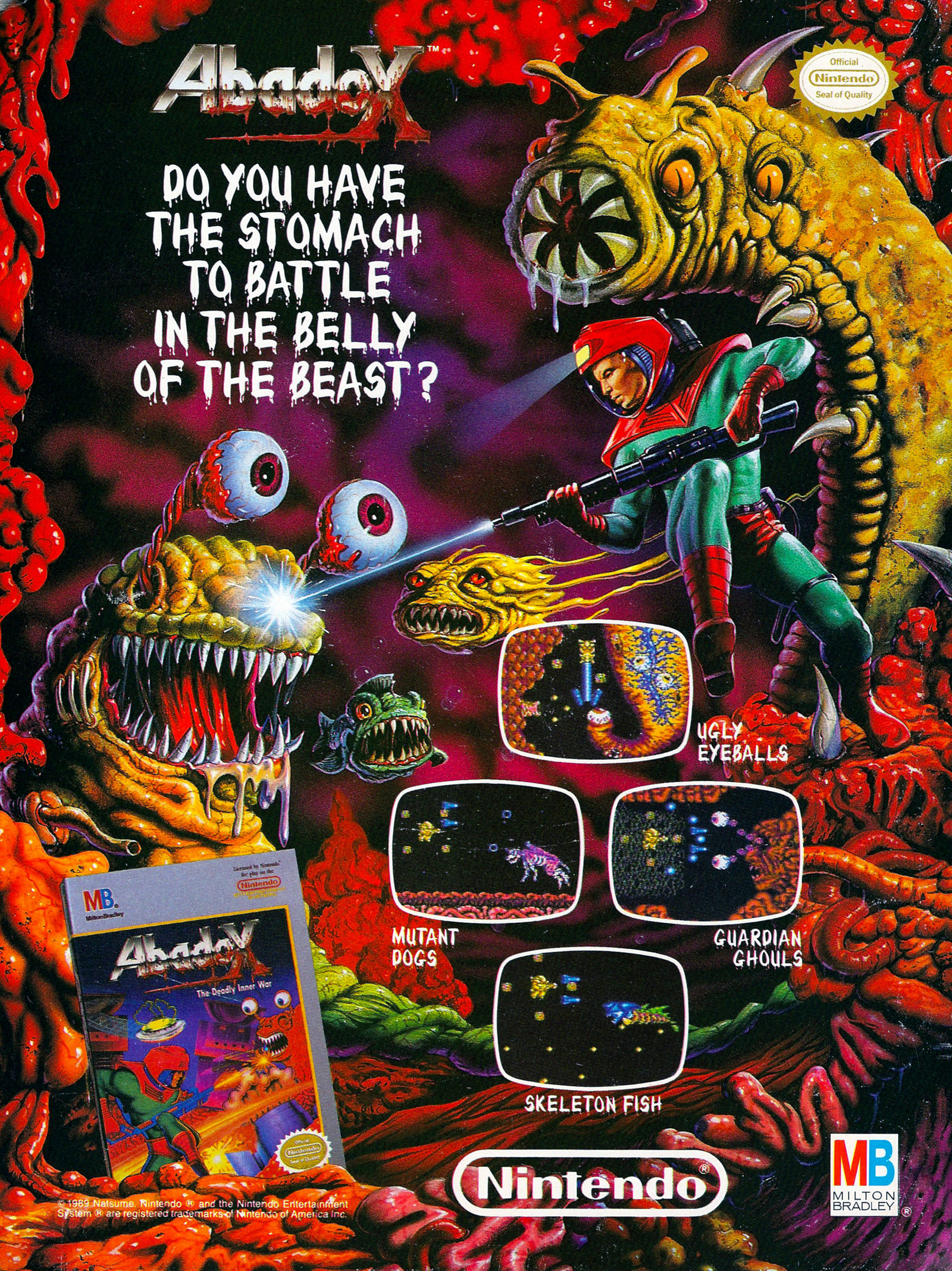 I'm old enough to remember Milton Bradley's Abadox hitting video store rental shelves as a brand-new title in 1989, though my six-year-old self lacked the coordination to even get all that far into Super Mario Brothers, let alone anything in the "shoot-em-up" genre. I'm not sure I ever even made it more than half-way through the second stage through at least two or three rental periods, but the game's world and creatures tantalized me. I hadn't even seen this poster at the time, but it tells you almost everything you need to know up front.

Back then, I don't think I ever could have imagined that I'd one day be able to play through a digital copy of the game on a thing called a "personal computer," and when I realized that this also gave me the ability to screenshot and catalog the enemies and bosses, I felt downright mad with power. A quick guide to Abadox with a complete creature gallery would become the very first major website feature I ever created, and it still sometimes feels to me as if the entirety of bogleech.com, even my own original creations, all sort of somehow grew outward from having the internet's first-ever Abadox bestiary...but that bestiary is very, very old now, some of its features haven't been functional for more than a decade, and the text of the page, for whatever reason, was never little more than rather underwhelming text from the instruction manual.

It's time to do Abadox more justice. Not my favorite game to play, by far, but easily my all-time favorite game in terms of world building, and for this special occasion, I've seen fit to attempt my first ever all-video review of a video game bestiary.