by Rev Storm and Jonathan Wojcik

CONTENT WARNING before you go and play this video, because you may find it gory, disturbing and offensive any number of ways, but it does serve as an example of just how weird a game we're about to get into, because what you're seeing here is some of the storyline of Linda Cube. Where do we even begin explaining this game? It never left Japan and complete information is sparse, but I've been fascinated by it since I first heard of it some ten to fifteen years ago, and the best I can explain it is that it's about a whole lot of completely unrelated things happening - such as a murderous Christmas cult, for one - just as the world is about to end.

The actual gameplay, however, has a single and surprising focus: your character is among those charged with rescuing all the world's remaining animal species, and must collect one male and one female to store on a biomechanical space ark for presumably some sort of future cloning and terraforming project.

The process of collecting the various animals will be familiar to fans of a certain massive media franchise: different species not only prefer different environments, but appear during different seasons or other special conditions, forcing you to travel across the land, searching far and wide, each animal to understand the power that's inside. Yes, there's even a collectible battle aspect to the whole thing, as well as scientific facts to fill out as you complete your collection and many more interconnected mechanics...but I can think of no creature-catcher quest on the market in which your entire planet is about to go kaboom, putting an actual time limit on your ability to fill out your "dex." Every species that you fail to find is a species your incompetence has doomed to extinction, and you'll just have to live with that guilt for the rest of your miserable existence. 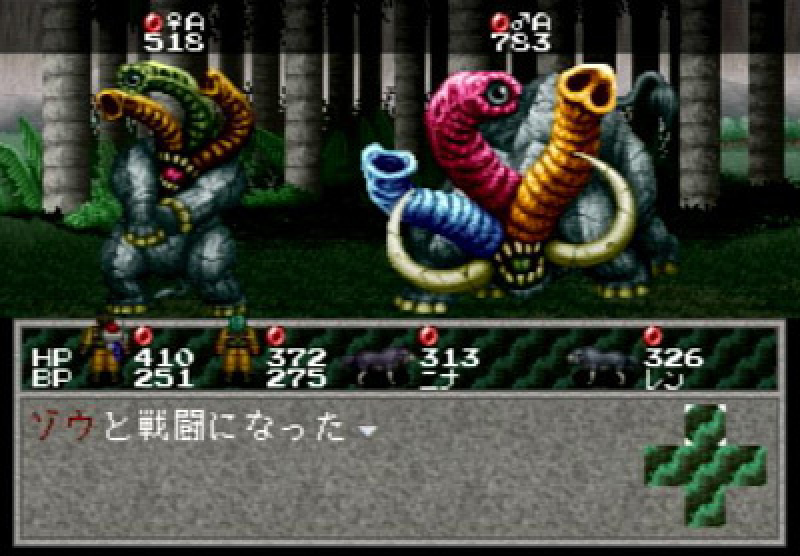 Nearly (but just nearly) every animal in the world of Linda Cube is "officially" something we're familiar with in our own timeline such as squirrels, eels, turtles, giraffes and cockroaches, but none of them are...quite.........rrrrrright. I don't think it's really explained why, exactly, and I don't think we're really expected to question it, just as the aforementioned Pokemon just sort of are and that's all there is to it.

What will also sound remarkably familiar is that there are at least 150-some species in Linda Cube. Considering almost all of them come in two distinct gender variations and a number of them were completely redesigned in a remake of the game, the total number of creature designs are pretty staggering for the time, and I'd have NEVER been able to gather as many as we now have if not for my spouse's Japanese language skills yet again.

I'm gearing up to review EVERYTHING they uncovered for me at the end of the month, but for now, I lave you with eight mysterious examples of Linda Cube's wildlife. Let's see if anyone can guess what any of these are supposed to be!