I've wanted to review the monsters in this game forever! Developed by From Software just a couple years before Dark Souls, this 2015 title has been called one of the studio's worst for its quicktime-heavy battles, and if you're not a gamer, that means a great deal of the action consists of an on-screen prompt to press a single button that determines the outcome of basically a short video. A lot of games have already stopped doing this altogether or at least cut it down significantly, but for a while, it was everywhere. And yeah, it was pretty terrible.

Ninja Blade, however, is a game in which the antagonists are an outbreak of mind-controlling, mutagenic hookworms, and its bestiary is as magnificent as that could ever conceivably entail. In order of appearance: 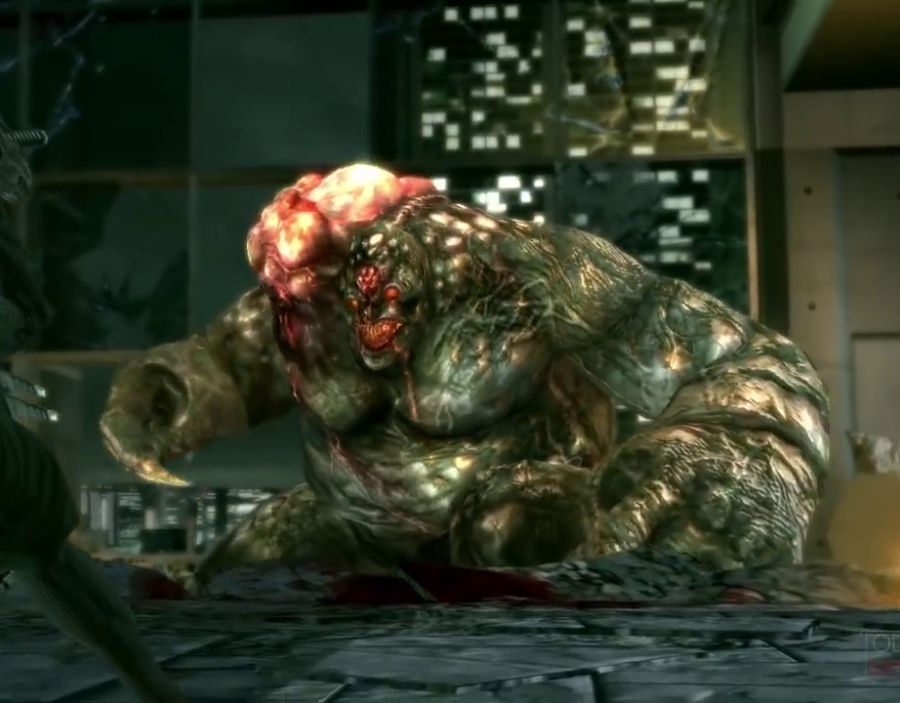 The game's first boss plays it safe, a genre of bloated ogre-like zombie we've all seen before. Not bad, but it barely holds a candle to most of what's to come! 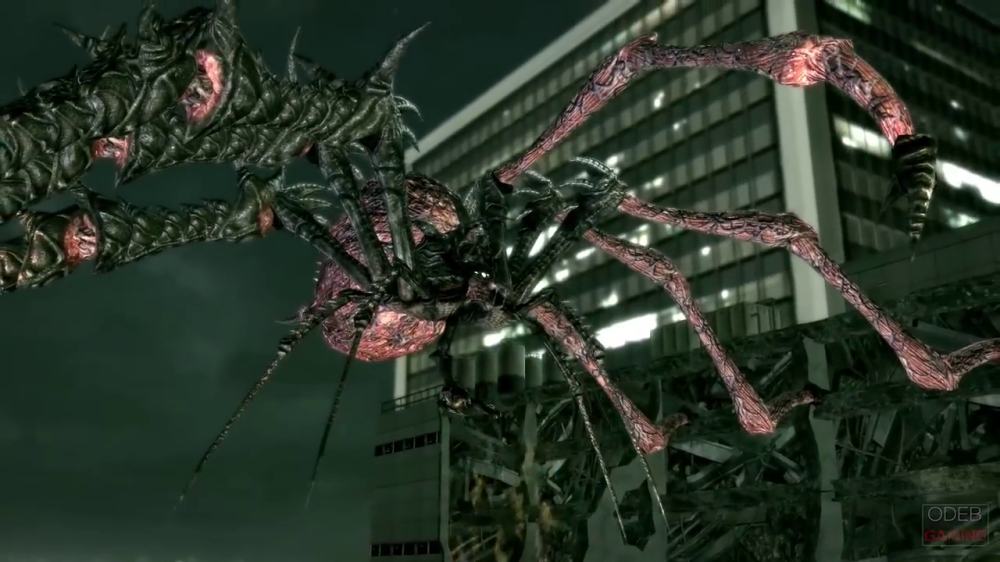 The first arthropod boss is already interesting, because it's clearly more than just a "giant spider." It almost looks more like it's made out of other, smaller insect creatures, the segments of its legs textured more like the abdomens of multiple cockroaches fused together, and I do believe something like that is the principle behind this design, they just aren't really explicit about it. 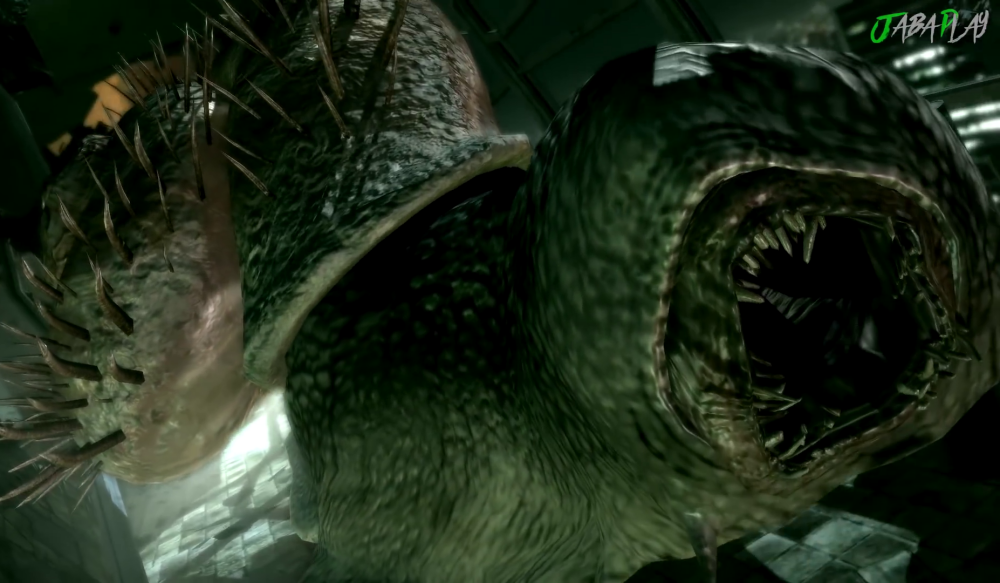 So they call this a "leech," but it's clearly a huge snail with quills all over its shell, a gaping round maw full of needly little teeth, and no eyes or even the usual sensory tentacles of a gastropod. Fun design, but even more fun for what makes it the "impaler leech;" when pulled into its thorny shell, it can whirl and spin like a gigantic wheel! 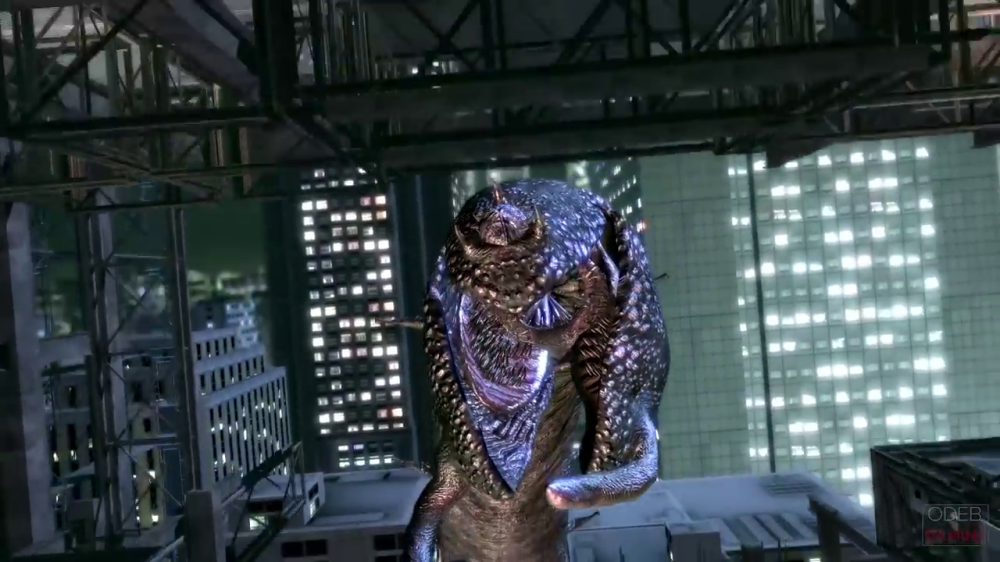 The next boss is a somewhat standard giant nematode, or would be, except for the lovely little tentacled and feelers that give it an endearing, velvet-worm sort of appearance when it closes its mouth. 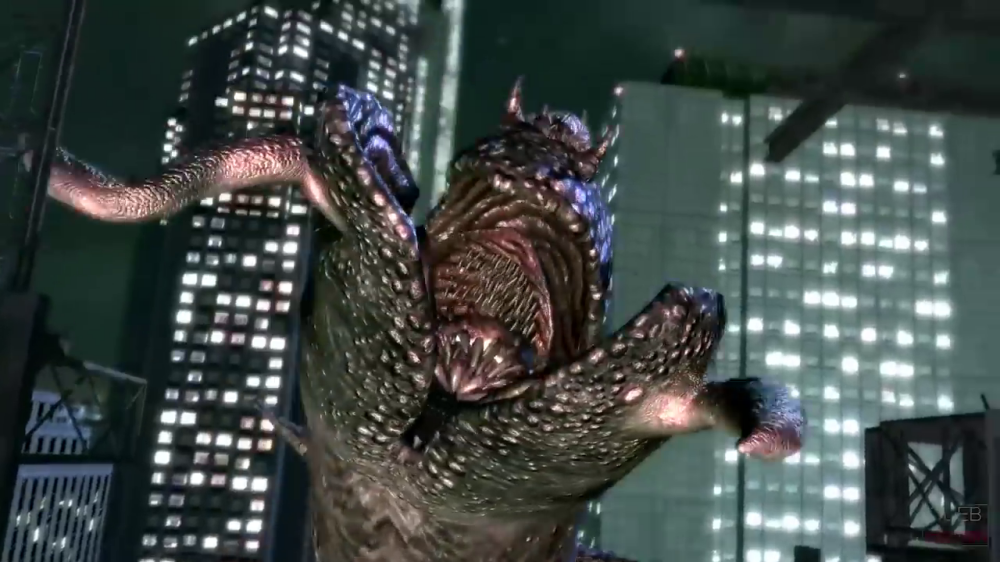 A "scolex" is a knot of suckers or hooks constituting the head of a tapeworm, not a nematode worm, but the Scolex Worm does indeed possess one, curiously right on the top of its head like a funny little hat! 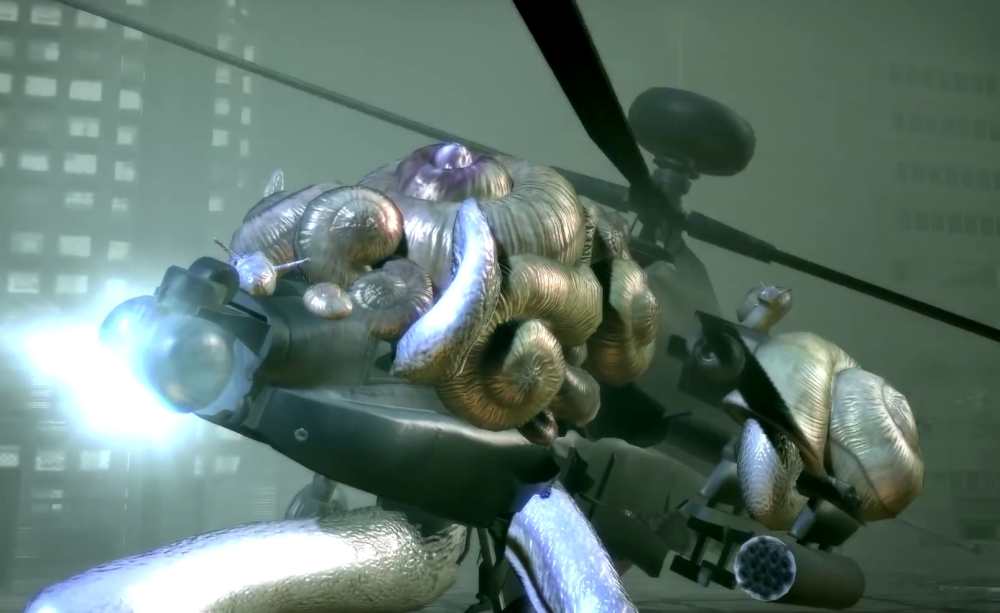 I love the sheer absurdity of this concept. You are a ninja who not only battles a helicopter, but a helicopter overtaken by snails. Look at them! Pale, wet snails just completely blanket this helicopter's canopy! It also attacks with multiple white tentacles, all textured exactly like the flesh of the snails. 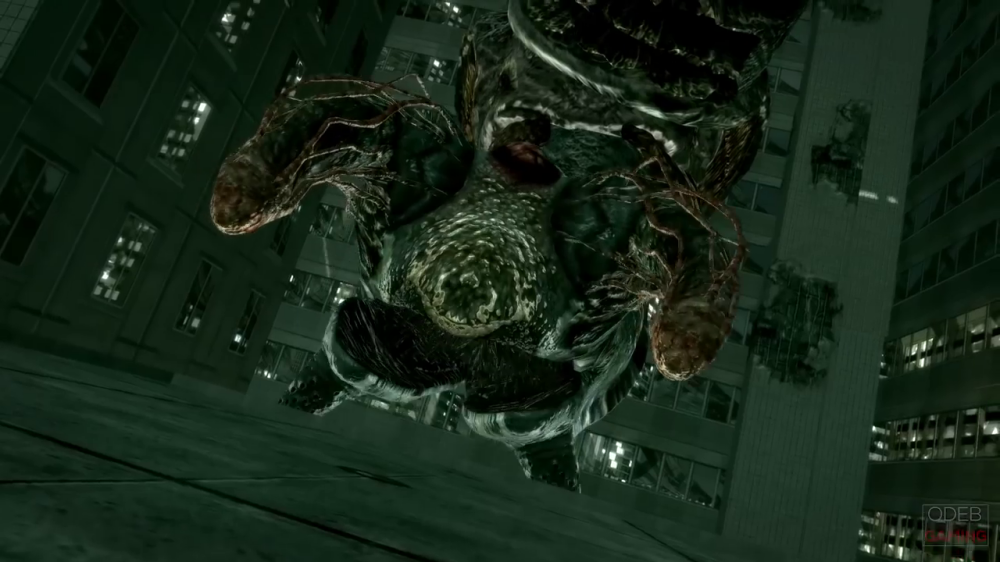 How amazing is it that the enemy motifs for this action-packed ninja game are predominantly big, squishy mollusks and worms?? LOOK at Plague Snail! Look at its dopey floppy mouth! Look how its goofy eyestalks are encased in those cool veiny lattices. What a unique design for a snail creature! It has two interesting secrets, as well; the first is that it's "accompanied" by two Scolex Worms, but I think they might actually be the plague snail's tentacles. 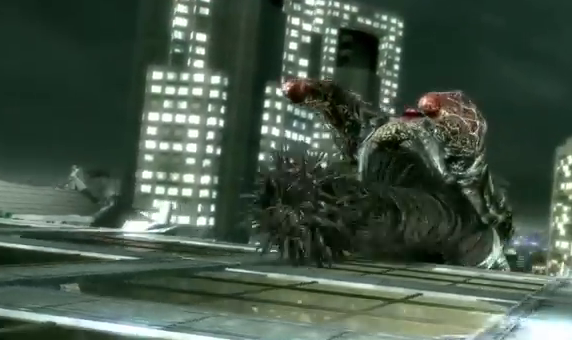 The second is that the Snail's radula is like a needle-covered organic piston that can shoot out of its throat clear across the screen! Look how silly its face is when it does this most excellent thing! It looks so hilariously sickly, like it's really retching that thing up! 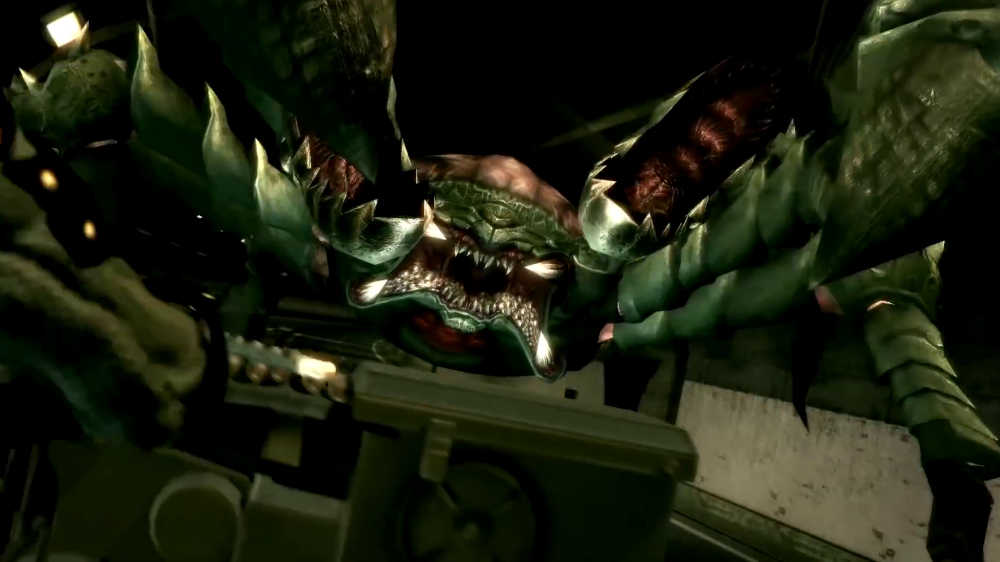 CARRION CLAW is a snarling, grouchy looking mutant crab that can move so fast, you battle it at high speed in an underground tunnel. Like, the kind of tunnel for cars to drive though. It has a similar design style to Arachne, too, again as if built out of slightly smaller arthropods. 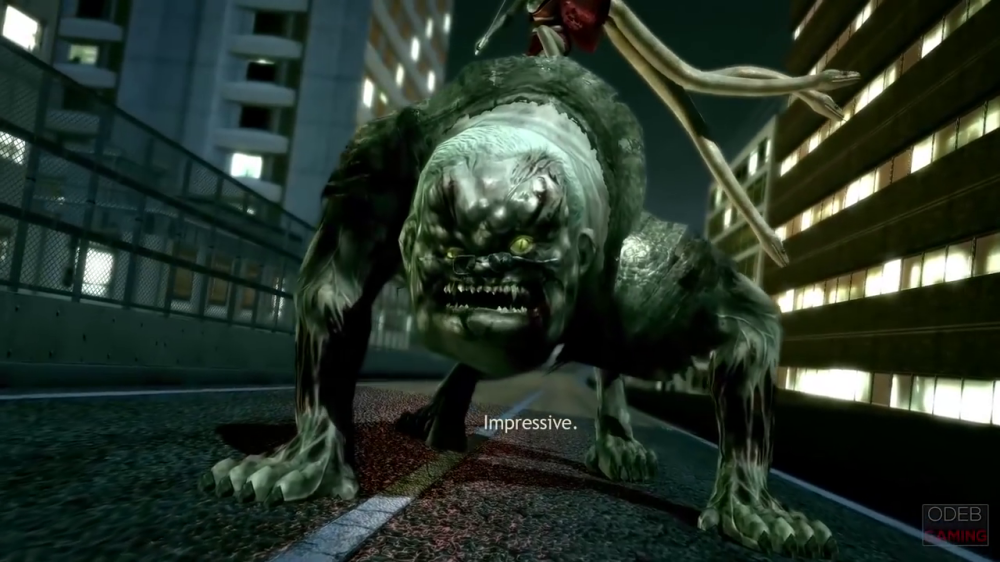 Not everything created by the "alpha worms" as they're called is a mindless monster; a major pair of villains are a mutated father-daughter duo of Yakuza bosses! The father, Oyabun, has changed into a quadrupedal, hulking beast-man that funny enough retains a tattered suit and cracked glasses. 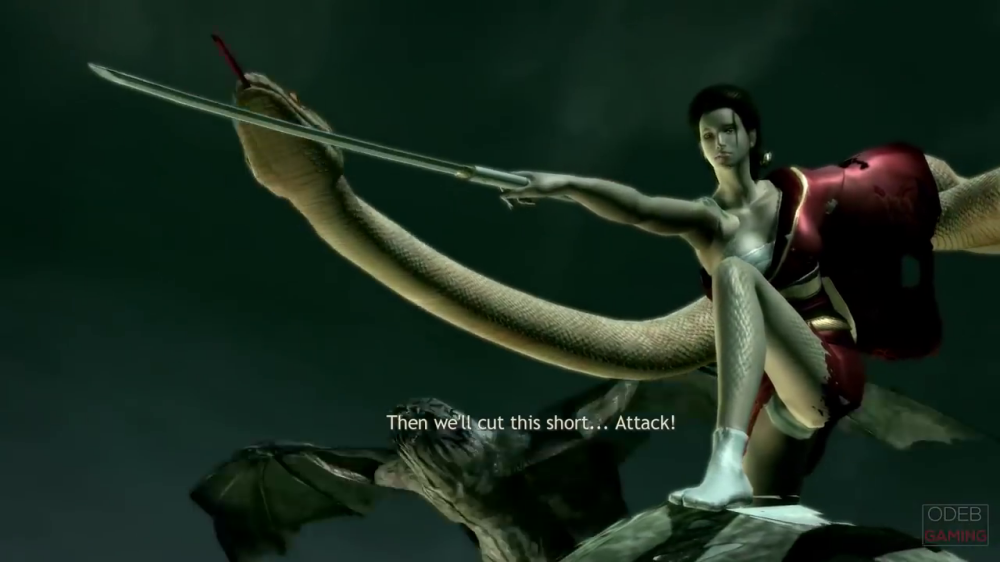 ...The daughter, meanwhile, has remained mostly human in appearance, but somehow, hookworms have turned her left arm into a bunch of giant snakes. Literally just realistic snakes, the same color as her skin. It's a design that feels absolutely nothing like the rest of the game's style, but it adds an interesting dash of almost magical fantasy aesthetic to an otherwise sci-fi body horror bestiary. 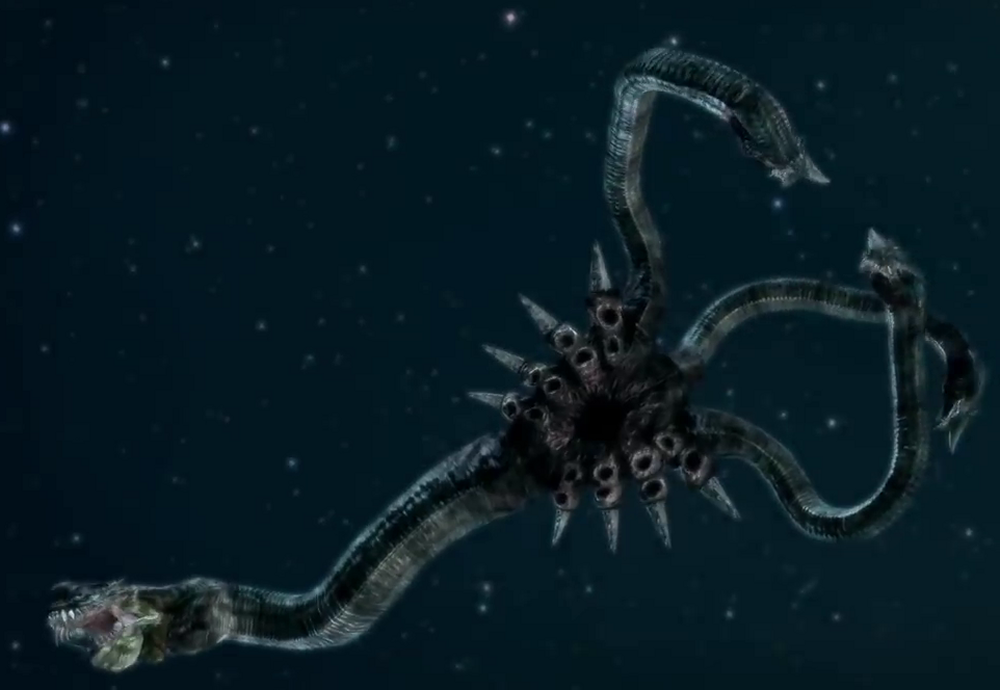 Speaking of snake heads, though, you later battle a "hydra" while you ride atop an airplane, and it's a fairly unique looking specimen. It possesses one head at one end of its body, three at the other, each with a face more like a deep sea eel than a reptile. The central body is also a lot of fun, since it's sort of a broad, flattened lump with huge suckers on its underbelly! 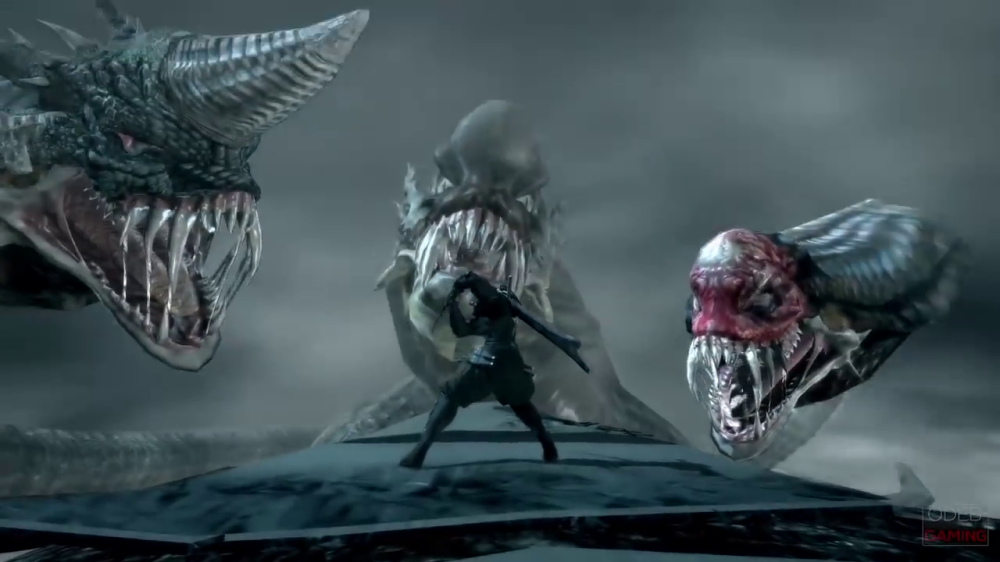 As you battle the hydra, you actually destroy the bony armor of its faces to expose raw, red flesh underneath. Gruesome! One side of the creature is referred to as "fire hydra," by the way, while the other side is "thunder hydra," and the center is simply the hydra core! 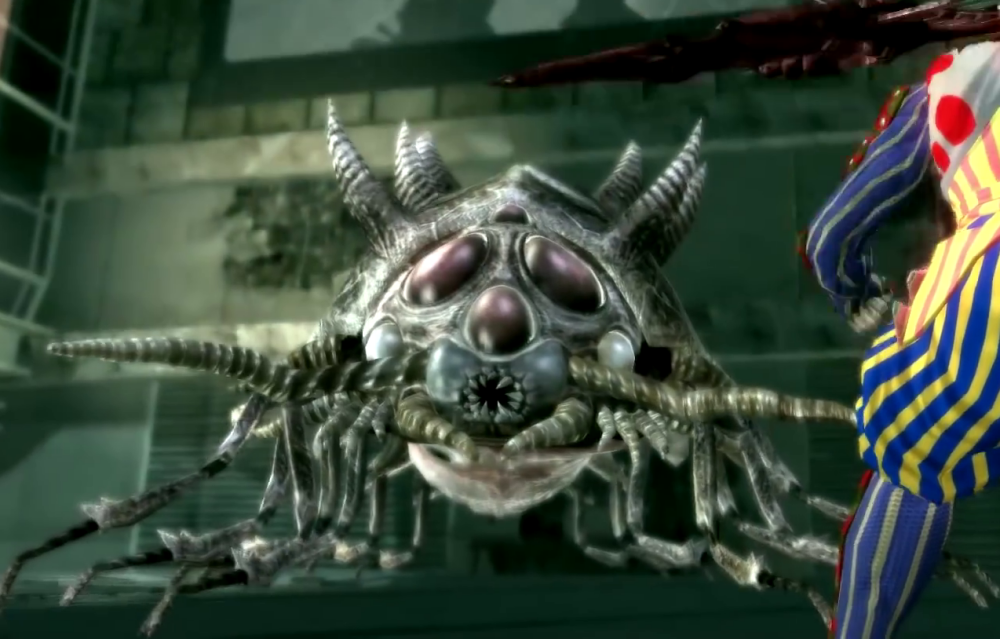 The multiple eyes on this gargantuan isopod really give it a Nausicaa vibe, don't they? This adorable creature is unfortunately just one big, living bomb that can curl up and explode, and there is in fact an entire subterranean nest of them threatening the city. You can even use their babies to blow up other enemies! 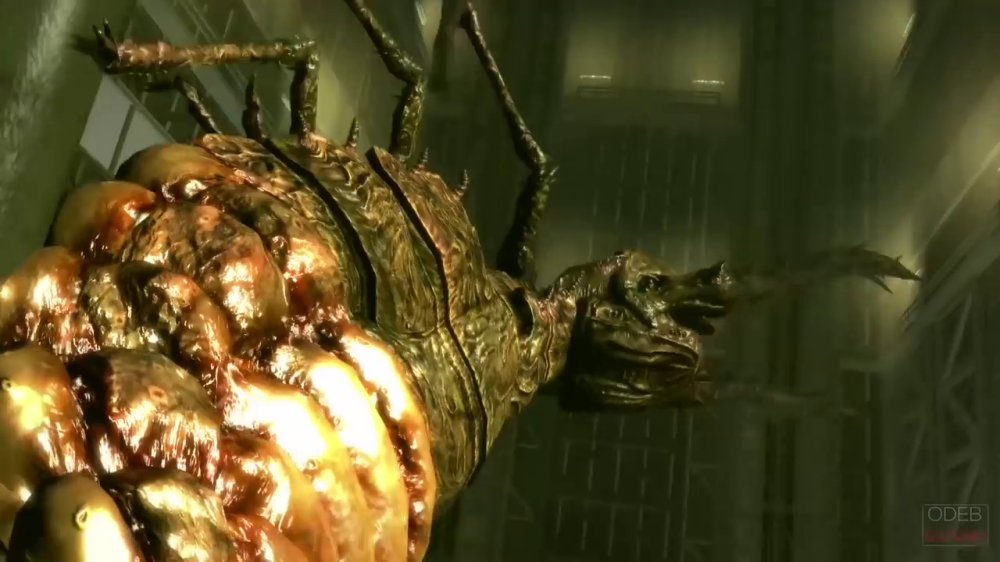 The most dangerous thing about the blast mites, however, is that they keep getting preyed upon by this giant antlion...making the "Stalker Larva" an even deadlier bomb! It's otherwise so close to a real antlion that I can't say much about the design, but what a creative predicament! 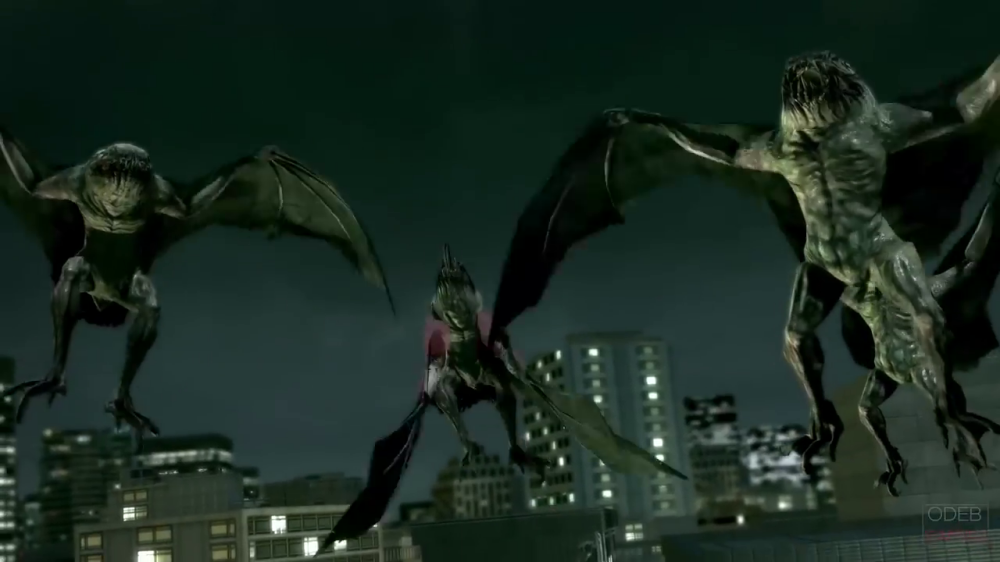 Before we move on to the last boss I'm reviewing, let's look at a few minor enemies. Most of what you battle between bosses are just mutated humans, some with organic gun-like arms, some more traditionally zombie-like, but then there's these flying things with batlike wings and greyish, lumplike heads with sharp, needle-like tongues. Not bad. 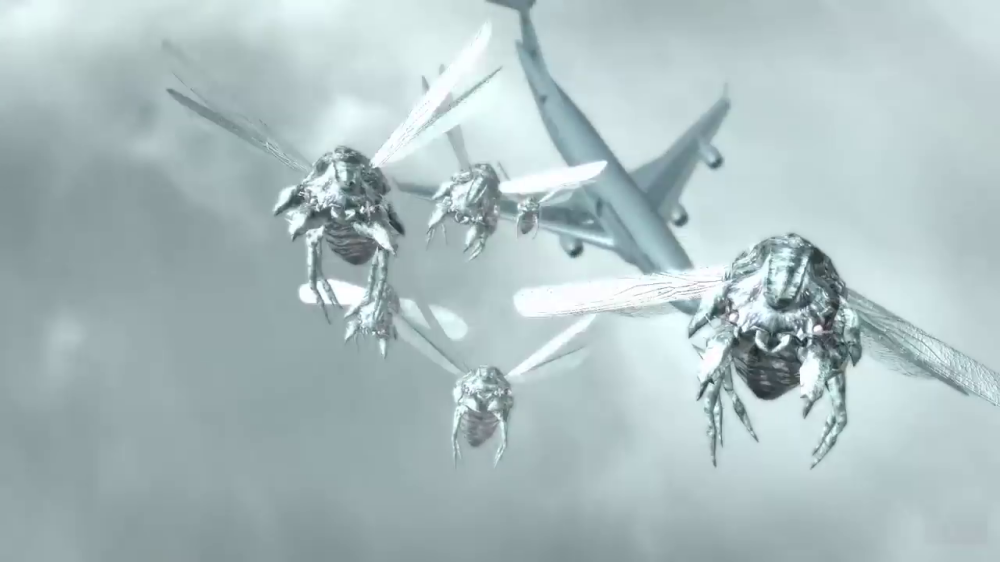 These somewhat resemble a mix of cockroach and cicada, if you ask me. The fan wiki calls them "bees," but I don't think they had an official designation that we know of, and there isn't really anything bee-like here. Like the Blast Mite however, these are also explosive! 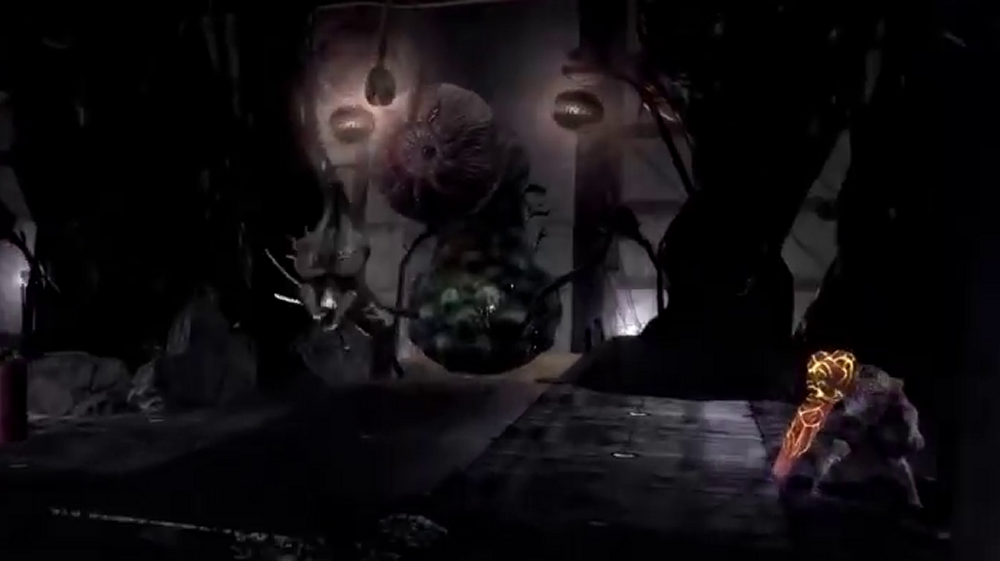 This is actually our last minor enemy - there really aren't many in this boss-focused game - and unfortunately, I've yet to find a single playthrough of this game in which this particular enemy is ever clearly visible. From what I can glean, it's a bulbous and warty plant, almost gourd-like, with a huge upper bulb strongly resembling the head of a tapeworm, and multiple tentacles ending in fly-trap mouths that actually bioluminesce, including one that dangles off the head like the illicium of an anglerfish! Appropriately, the flying insect enemies tend to swarm around these beautiful beings. 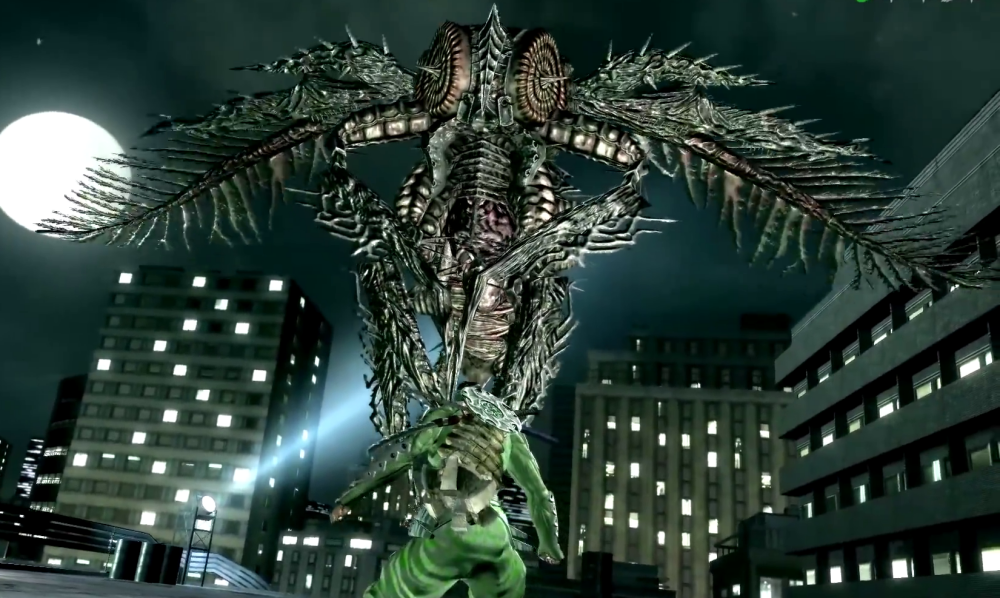 Finally, we come to the last real "monster design" in the game before the final bosses look basically human, and what a phenomenal send-off. You know flies are my absolute favorite creatures, and this is one of the coolest looking I have quite possibly ever seen in a video game. Even the name is a delight, as it references myiasis, the medical term for an infestation of maggots in the human body! 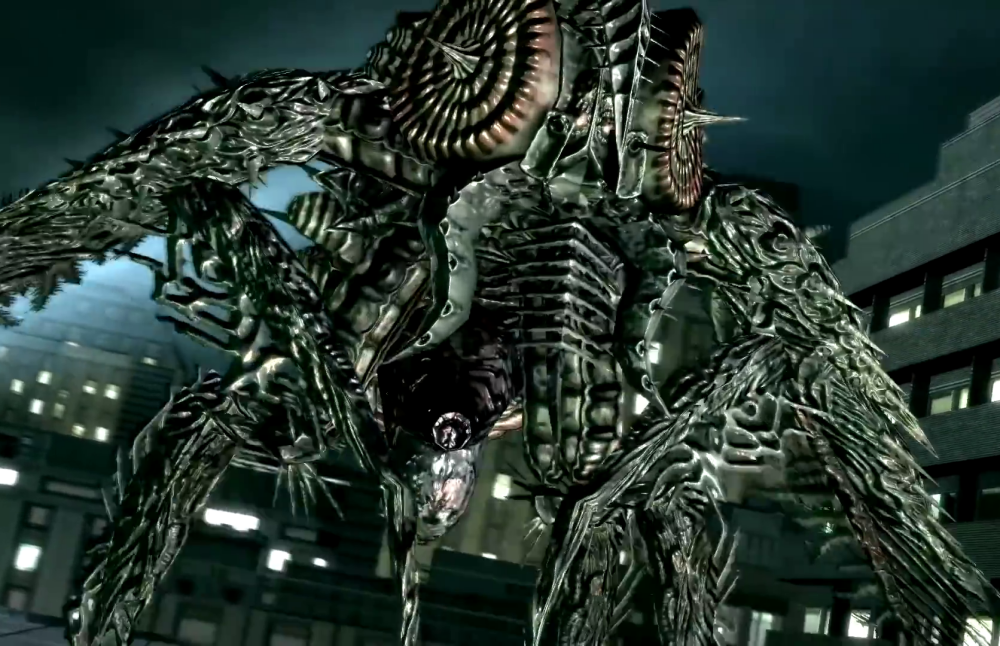 What, however, is actually going on with this thing's design, anyway? Instead of transparent, membranous insect wings, it flies with enormous, segmented feather-like fronds. Instead of a fly's bulging, multifaceted eyes, its eyes are flat discs of concentric rings, almost like seashells, with a single spine protruding from the center of each. The short antennae are situated between its eyes, as they are on a real fly, but each is shaped like a perfectly rectangular little dish. It also has what appears to be the squirming abdomen of a slightly smaller fly protruding from the center of its underbelly, more evident when seen in motion, and thick spines lining its own abdomen also resemble the rear ends of black and grey wasps. I feel like my hypothesis is correct that the game's arthropod enemies are "fusions" of smaller mutated insects, arachnids and crustaceans, but I'm not quite sure. Aspects of this design even have a bit of a "mechanical" feel as well! 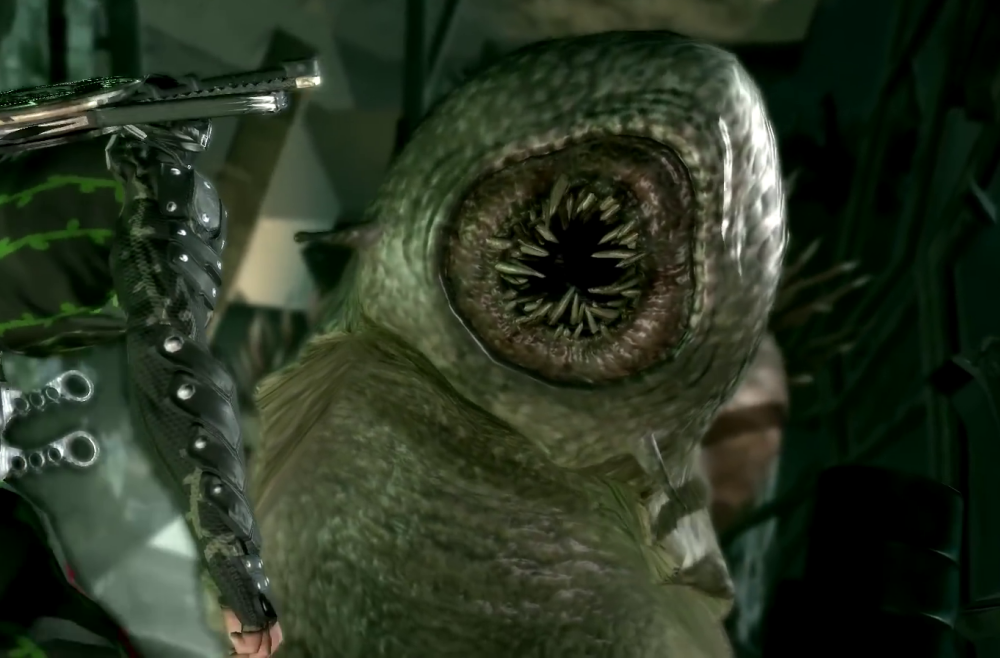 Parasites are a subject pretty special to me, not to mention everything else that slithers and crawls, so this particular monster collection is easily one of my favorites in video gaming, even if the game itself is kind of just a series of interactive cutscenes.

It's also October 12th as I write this, the longest I've ever gone into an October with so few articles. I traditionally have a new one every single day of the Halloween month, but this year is a weirder and busier one than most, as well as the year I finally put up a kickstarter for MORTASHEEN!