Fiiiine! I actually didn't think the "Halloween Bestiary" I introduced last year was even all that popular, but requests to bring it back proved me wrong. It originally began with the realization that witch hats with feet had exploded into their own distinct Halloween symbol. From there, we went on to cover their cauldron cousins as well as owls that aren't really owls, spiders that aren't really spiders, horrible cats and even the moon as distinct Halloween creatures.

A year later, we're going to do another round of five, and this time we're beginning with...

Candy has always been front and center of every holiday we know, but I like to think it has extra special significance to Halloween. For instance, what if sugar were in fact the most essential of all nutrients to fuel the supernatural, from witchcraft to the ectoplasmic forms taken by ghosts? Like us biological organisms, the forces of Halloween might need sugar for their energy, but like honeybees or hummingbirds, they might need basically all the sugar they can get.

This makes pretty much anything sugar-rich a great starting medium for a witch's brew or demonic construct, but a few spectral creatures might specialize explicitly in taking over sugar deposits as corporeal forms. The most minimal of these would be little more than sugar grains themselves, whirling around like some spooky little sentient dust devil, but sugars bound together more solidly - be it as marshmallow, chocolate, caramel or even cola - would suit them the best, and if their chosen candy-body didn't already look like some sort of little monster, they'll make sure it does now.

So what does a Sugar Fiend actually do? It should be obvious, really. By disguising themselves as regular candy, they can make their way into the bodies of other creatures, such as humans, and slowly drain them of their own sugars to increase their spectral power, exiting the likely nauseated host in an intangible form before overtaking another delicious vessel.

Each time a Sugar Fiend grows in strength like this, it's only natural that it would also multiply itself, using the victim to produce even more demon sweets and spread exponentially. Almost any holiday means an unchecked explosion of these tasty imps, but in the fall, when the world of the dead intersects directly with that of the living, few people get by without at least an unseen, minor infestation.

The "lifespans" of these creatures are naturally fairly short, good for maybe a few weeks worth of reproduction before they fade back to the spirit realm, but before they go, surviving fiends may attempt to merge themselves into a single, larger entity and acquire enough strength to remain in our world for the long term.

This sort of super-fiend can be anywhere from the size of a cat to the size of a kaiju, and no longer needs to feed on the living from the inside. Now that it's permanently tangible, it can go straight to just plain eating other candy, or if sufficiently pissed off, eating people and extracting what it needs from there. 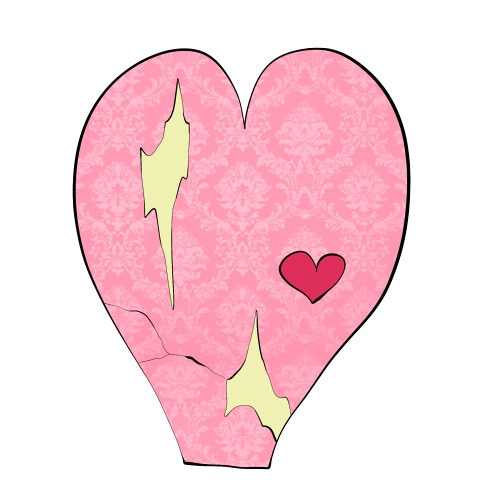