Alright, that is seriously too many dragons. Dragons are supposed to be rare, exceptional pokemon and we have almost exactly as many dragons as we have electric types. Unusually, dragon type attacks are only super effective against other dragons, but they're only ineffective against steel and fairy types, and they tend to include some of the most damaging attacks in the game. Besides their own kind, dragons are only weak to fairy and ice, and they resist water, fire, electric and grass, which you may recognize as basically Pokemon's four go-to elements; the three starter types and pikachu.

So, they're kind of tough, on account of being dragons and all...but what's the deal with dragon pokemon? What actually defines them? It's probably one of the most heated debates I've seen in the Pokemon community, largely because dragon pokemon are taxonomically all over the damn place. Just look:

Fish, birds, bats, slugs, trees...it seems like just about any organism can count as a "dragon" in the Pokemon world, sometimes without any characteristics you might normally identify as dragon-like. 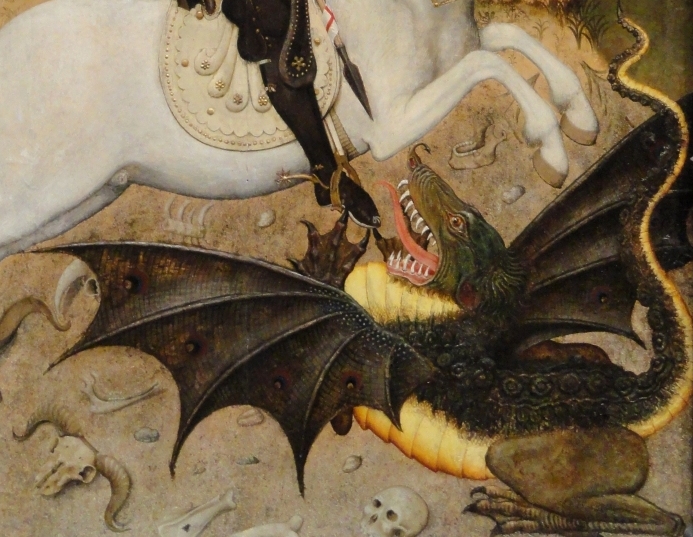 As I've discussed at length, however, the entire concept of a "dragon" is already pretty nebulous, and at one time encompassed even mammalian and piscean monstrosities. It's relatively recent in our culture that we've started to define them by a loosely reptilian template, and a lot of monsters we call "dragons" are just very superficially as well as accidentally similar entities from unrelated cultures.

I feel like the best explanation for dragon-type pokemon is that they're a sort of Ultimate Primal Beast Form attainable by, indeed, any sort of organism once it has achieved considerable power and a balance with nature's raw elements.

So, let's take a closer look at these ultimate, primal supermonsters...

You may notice that there's nothing on this list any older than the sixth generation. While there are certainly older dragon pokemon that I like a little more than others (Garchomp, Zweilous, Druddigon) I can still pretty much take or leave most of them, and until X and Y, it was easily my least favorite type in the game. I guess Gamefreak got as tired as the rest of us of churning out all these samey legendary dragons.

For once, the least favorites were incredibly easy to fill. No offense to fans of any of these guys, but I just find them incredibly forgettable and generic among dragons.

...Would be the exact same list as my six favorites. Every book I had about dragons in my youth loved to compare and contrast "Eastern" dragons with "Western" dragons, but never mentioned the fact that if Japan has any true counterpart to our medieval European dragons, it's actually a giant spider. Tsuchigumo hits all the same cultural notes as our scaly princess-eaters, a powerful and ancient monster that emerges from its cave to terrorize the countryside until slain by a brave enough swordsman.

Tsuchigumo would be a perfect basis for a legendary dragon/bug, assuming legendary pokemon are ever going to be based on Japanese folklore again. 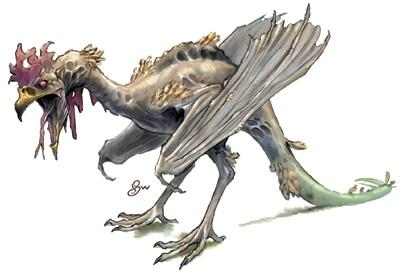 It's actually rather rare for dragon types to draw from authentic mythological monsters, but we got a hydra only three generations ago, so why not one of these horrible chicken-snake hybrids? The cockatrice is usually no larger than a regular chicken, but it's said to cause death with no more than its gaze, or in some cases its reeking breath - perfect for another dragon/poison.