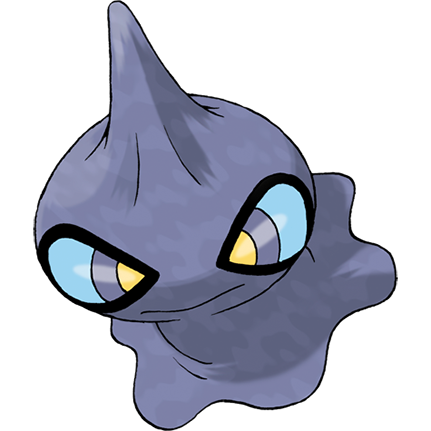 At last we come to this generation's first all-ghost pokemon line, and while not nearly as weird and special as Shedinja, its still pretty high up there. The initial stage, Shuppet, is one of the simplest and most straightforward ghosts in the series, a shadowy little sheet-phantom with weird eyes and a single horn. It's also yet another third-gen pokemon resembling teru teru bozu, and while Ralts played into their association with positive emotions and Castform with their relationship to weather, Shuppet seems to be a mocking inversion of everything the little tissue-monks stand for: it feeds on unhappiness, with a particular craving for thoughts of jealousy, spite and hate. It's even said that rows of these little things will hang under the eaves of houses "where vengeful people live," which is just adorable! 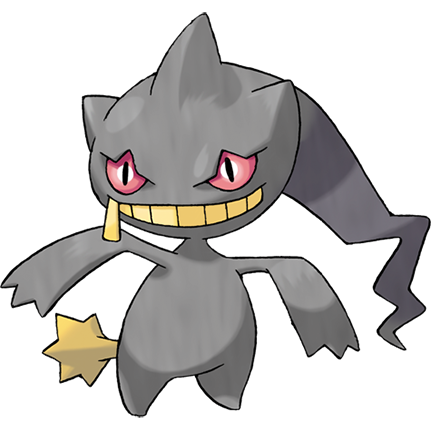 Shuppet evolves into Banette, the "Marionette Pokemon," though its theme is a little closer to a sort of haunted "voodoo doll," said to stick itself with pins to inflict curses on its victims! Creepier still, we're told that Banette was once an ordinary, harmless plush toy until it was thrown out by a careless child, brought to life by the dark force of its grudge and now endlessly seeks its former owner to exact revenge. If its zipper-like mouth ever opens, its "cursed energy" will escape, and Banette will presumably return to a lifeless doll.

This origin story seems to disregard the fact that Banette evolves from Shuppet, unless we assume that a Shuppet itself possesses the old doll, and we can probably also assume that it reconfigures the doll into the form we see here, because there can't be that many kids whose parents bought them a plush toy of a gimp.

What? Don't tell me you don't see it. 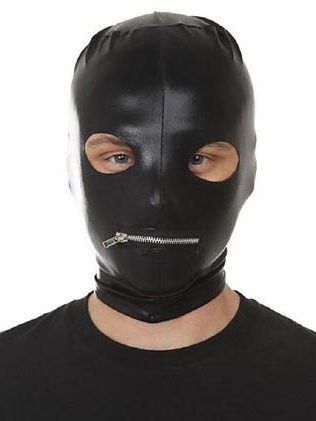 This damn pokemon even canonically hurts itself. Banette is a sadomasochist voodoo doll monster complete with bondage mask and now we know where the "freak" comes from in "gamefreak." Boy are they overdue for some kinkshaming. I saw how you animated Miltank, you creep-o's. 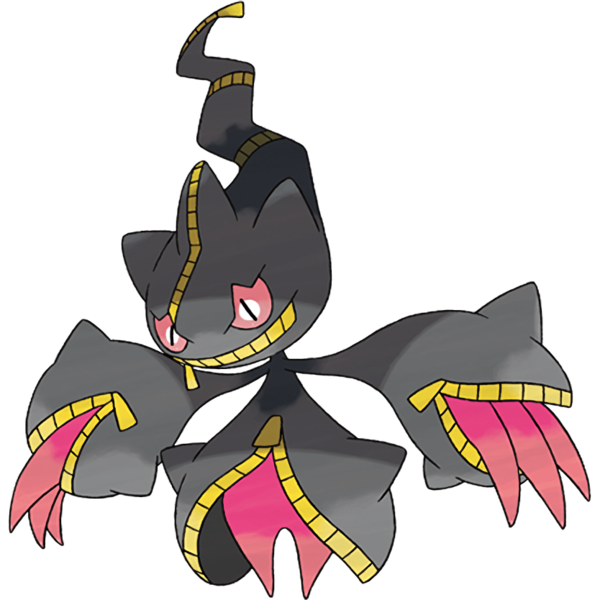 ...Anyway, as insidiously cool and hilariously bent as Banette always was, it did kind of look like it was always meant to evolve further. Instead, it got one of those mega forms that should have been a regular evolution, which really sucks, what with players being limited to only one mega per team. This is actually the only mega pokemon that I'd actually use, personally, but what if that changes? What if another mega comes along and I'm forced to choose??

The Mega's design basically amps up Banette's coolest feature - the zipper-like teeth - and reveals the talons of some purple demon hiding just under the doll's fabric. Wicked. I really, REALLY wish this was a regular evolution.

Banette is one of my favorite ghosts and only got a whole lot cooler with the addition of its mega.